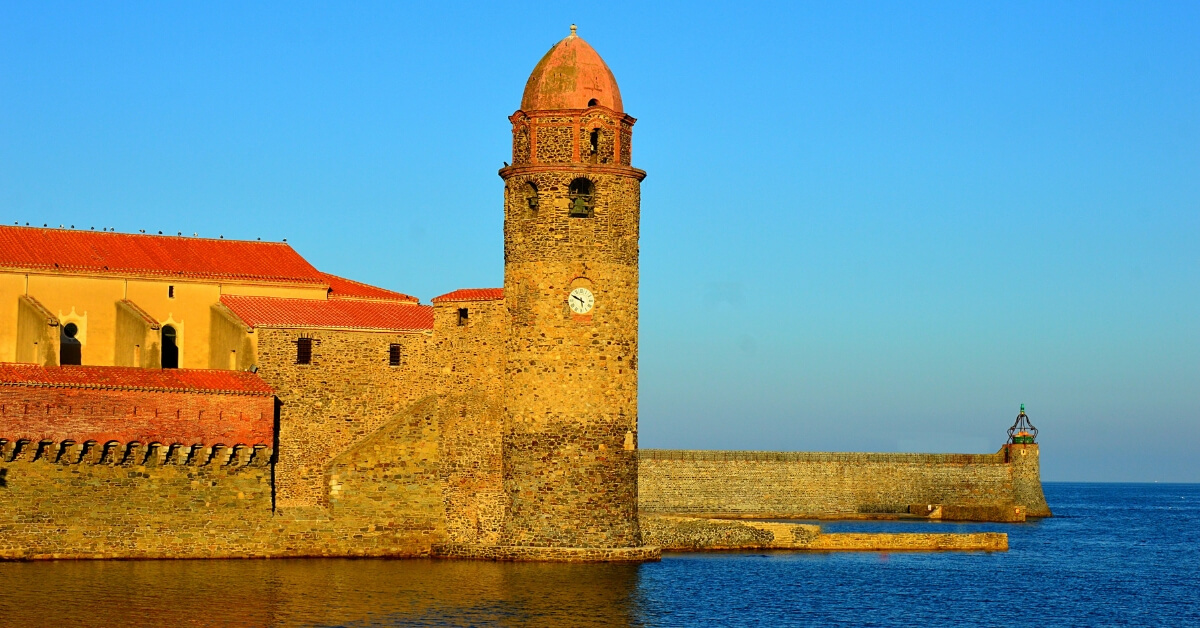 On today's episode, Matthew Gamache takes us to Collioure, a lovely beach town at the very bottom of France next to Spain. Like the French Riviera, Collioure is rocky and picturesque, but being far from the Riviera, the destination is not as pricey or exclusive.

Scenic Village on the Spanish Border

There are a lot of beach towns between Montpellier and the Spanish border, most of them you've never heard of because they only attract French families.

The one I went to all the time as a kid is called Valras plage, next to Béziers. It's a nice long sandy beach, playground on the beach, free concerts several times a week during the summer. It had everything a working class French family on vacation wanted and I had a great time there.

Kids don't care if it's scenic or not, they love the sand, the water, the sun. And you'll hear Matt describe how his daughters loved that part of the vacation. Collioure is also a stone's throw away from Spain, so if you want to take a little detour into Catalonia, it's a great place to be.

Our conversation on Collioure starts at [28:24].

On this Episode We Also Talk About