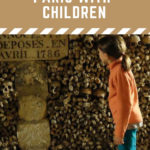 Alex Dionne visited Paris with her children (10yo boy and 8yo girl) and if you’re asking yourself if it’s a good idea to bring your kids to France, she says unequivocally, YES, do it! The children had a great time and they learned how to say, in French, I would like a crêpe please, and they used that a lot!

Alex was nervous about Paris. She had been there alone with her husband before, but she didn’t know what it would be like with children. She didn’t remember how many parks there are, how many wonderful things to see, how kids love the food in Paris, how the people were fabulous in Paris, etc. She and her husband were shocked how kid-friendly it was. More than Rome, for sure.

The AirB&B Experience in France

Alex wanted to stay in the Marais area, so she found an AirB&B apartment there. The apartment was great and had kind-sized beds, which is unheard of in Paris! You can check it out right here.

We’ve heard reports of instances where the owners of AirB&B apartments rent year-round without paying proper taxes and that is not allowed in France. When that happens, the neighbors may make life difficult for the renters.

What if the kids are picky eaters? Won’t that make your life difficult in France? Alex’s take on this is that she tells her kids to trust the parents who only want to give them good food. The kids have to trust and try.  Because they’ve been raised that way, food is not a big problem. Very often, once they try it, they want to eat the whole thing! Sometimes it’s a matter of manipulating your children properly so they’ll try things.

Alex’s son learned to say “Je voudrais une crêpe au sucre avec du citron” just so he could get himself a sugar and lemon crêpe any time he felt like it! Both children also tried oysters on the half-shell while at the Bastille Market, which goes to show you that France has a way to encourage kids to experience new things! When in France, do as the French do! Just don’t tell them that a lot of French kids won’t eat oysters.

Alex recommends that parents get the audio guides when available because children, when they are old enough (probably around 8-10 years old) will get into the game and want to point out things to the parents, make them listen to something again, etc. Most places the audio guide makes the experience much better than wandering around aimlessly.

Review of the activities Alex and her family did together and what they thought about them.