Categories: Active Vacations in France, France How To

Sean and Melinda Cool decided they wanted to watch a stage of the Tour de France in France rather than on TV. It took quite a lot of preparation and they were kind enough to come on the podcast to share how they pulled it off. It's a lot of preparation, so take a listen, take out your pen and paper because 2023 could be the year you do it too!

They were in person for the stages of Carcassonne, Foix and Peyragudes, so they did this 3 times! They did not bring their own bikes, but rented bikes locally and that worked out for them as well. There will be another episode soon with folks who brough their own bikes over from the US to follow the Tour. 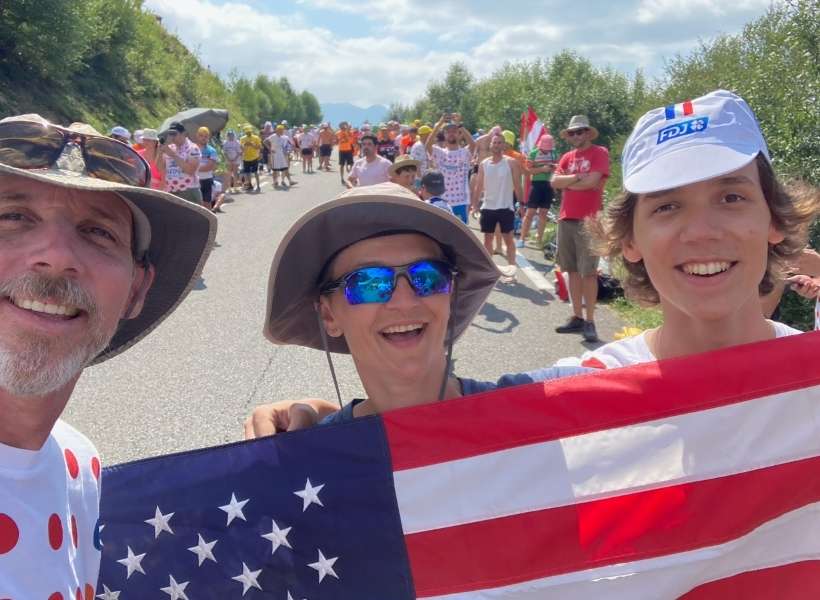 Categories: Active Vacations in France, France How To