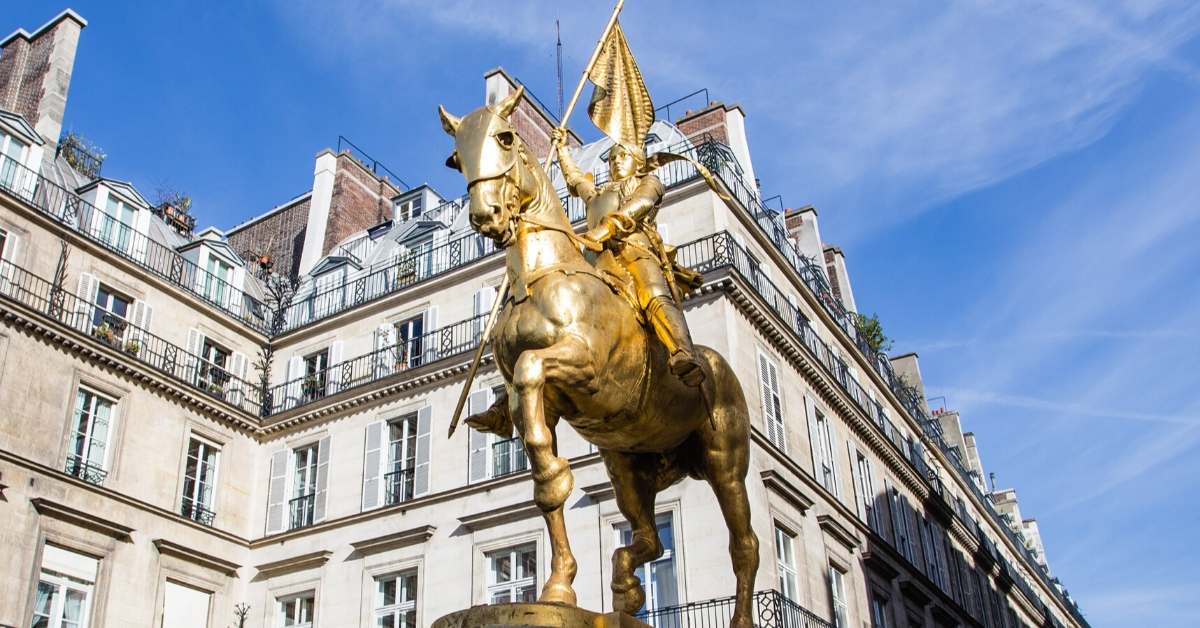 On today's episode of the podcast we go on a quest for the Maid of Orĺéans and ask the question: Where did Joan of Arc leave her mark in France? Annie and Kim Loftus discuss many of the must-see sites related to this world-famous Medieval heroine

In Reims they stayed at the Hotel Campanile. This is a great location where you could walk to the city center and they have parking. Campanile hotels are typically inexpensive as well. In Reims they also enjoyed the restaurant Au Bureau near the Cathedral and Au Café de Reims.

The best hotel of the trip was in Rouen: Best Western Hotel Gustave Flaubert

Searching for Joan of Arc in Rural France

Joan was born in the middle of the 100-year war which went poorly for the French, particularly with the terrible battle of Agencourt (listen to episode 89 for the story on how that went). France was being ruled by an English King.

She was born in Domremy, which has now been renamed Domremy-la-Pucelle. You went there and will tell us what you saw there in a moment. Her father was a successful farmer and she was the oldest of 5 children. She was extremely pious and went to pray in the village church several times a day.

Joan started hearing voices at age 13 telling her that it was her calling to deliver France from the wicked English rulers and put a French King on the throne again. At age 16 (or was it 17?) she set off to meet the rightful heir of the throne, raised an army, inspired French people to support the cause and she did it!

She’s been a legend ever since as the unlikely savior of a country in big trouble. She was at the center of two big trials which is why her life is well-documented and also why it’s hard to talk about her without being a specialist because it’s complicated!

There is also plenty of lore surrounding her life. But she was a real girl who died young in a tragic end and achieved amazing results by turning the 100-year war around in favor of the French. I found the Wikipedia page about her to be one of the best summaries out there of who she was and what she did. I also read the Wikipedia page about her in French and that’s got so many details that it’s horribly confusing.

This is where Charles VII was crowned and where many other French Kings were crowned too. Joan had to take the city from the English first, and then have him crowned. There is a Joan of Arc sculpture outside cathedral and chapel inside. You’ll have to find the statue of the smiling angel of the Cathedral too!

Reims is a good place to stay when you go searching for Joan of Arc. They took day-trips to Domremy-la-Pucelle and Vaucouleur while staying in Reims.

This is where Joan of Arc was born and raised, and she set off on her quest from here at age 16. What did you see there?

Searching for Joan of Arc in Rural France Useful Links

Also a Facebook page for events in Domremy and Grand 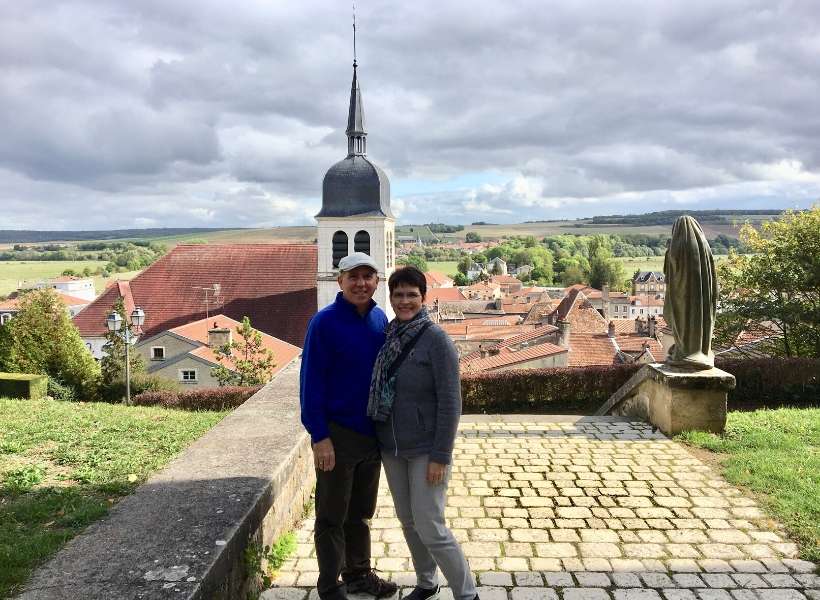