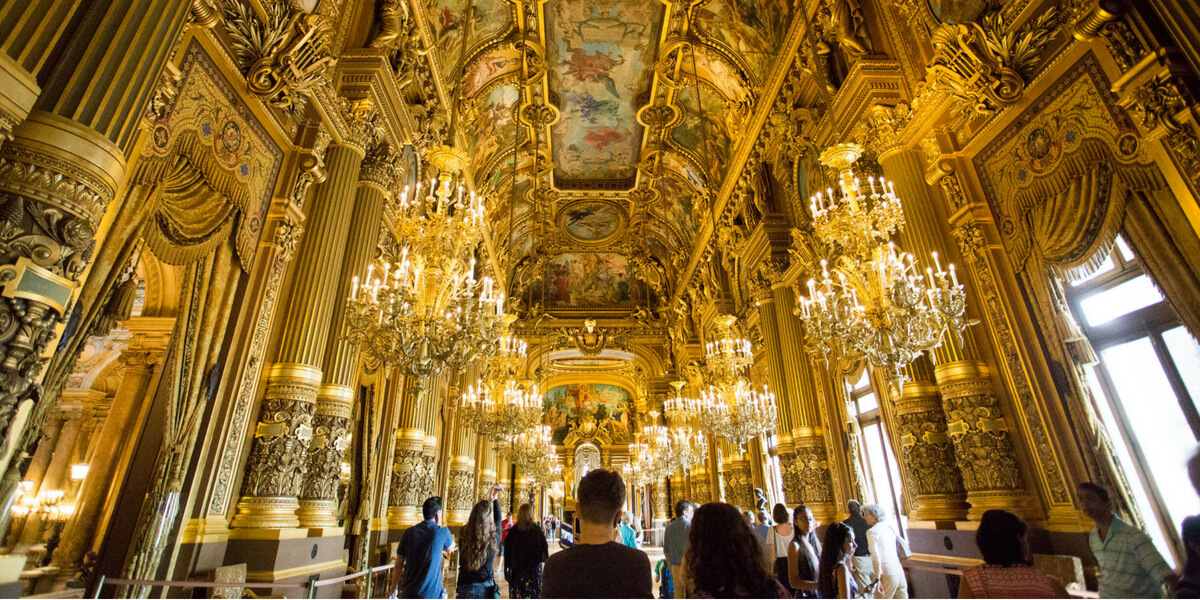 The Opéra Garnier, aka Palais Garnier, made such an impression on me as a first-time visitor that I cannot say what I liked best about it: Was it the grand facade? The grand staircase? The Chagall ceiling? The grand foyer? I admit, I can't decide, it was all overwhelming and so beautiful!

I have been back several times since and the Opéra Garnier always impresses. How could it not? Napoleon III, who commissioned it, hired a brilliant young architect named Charles Garnier who knew he'd never get another chance like this.

They also spared no expense to get the best artist and craftsman for every part of the opera. Of course there were bumps along the road, but Garnier was relentless and made it work no matter what happened.

Sadly, Most People Never Go Inside the Palais Garnier

I can't tell you the number of people who have visited Paris several times and yet never went inside of the opera house. I think the opera is intimidating to a lot of people, which I can understand.

But it shouldn't be, this opera house welcomes visitors every day! I recommend you book your guided tour tickets as early as you can, tours in English fill up quickly.

There Are Two Opera Houses in Paris: Garnier and Bastille

In this episode we don't talk much about the other opera house in Paris: Opéra Bastille. But you need to know that most operas are produced at the Bastille. If you look for tickets to see a performance at Garnier (a great idea!) is mostly used for ballet.

We probably barely scratch the surface all of the things that can be said about the Opera Garnier this episode, but I hope we convince you to go in next time and enjoy its grandeur. The interview starts at 5'44".