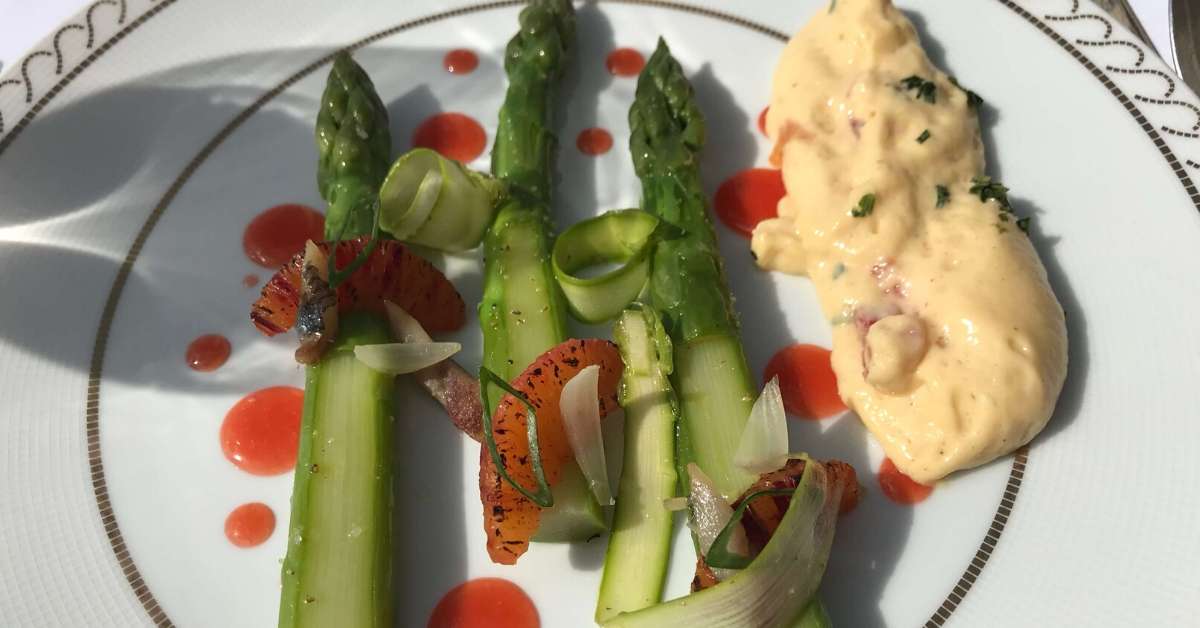 When visiting France and important part of the experience is the food, isn't it? This is particularly true for my guest on today's episode, Michael Groves. He spends a lot of time in France and loves to try new restaurants. What are the best ones? He shares his method for finding them with all of us today.

But you have to know that most French people (like Annie) are not restaurant critics. We don't spend that much time worrying about where to eat. That's probably because we live in France full-time. We do go out for special occasions, but home cooking is still huge in France.

Nevertheless, while touring around France you might as well look for wonderful restaurant experiences. Listen to this episode to find out how you might go about doing that.

In this episode we also go through a round of "is it true that in France you can't"... Please don't make those incorrect assumptions even if you've heard them a million times!

Do you want to eat like a local in France? Here's how you do it!

Have you ever heard of the Michelin Bib Gourmand restaurants? These are the restaurants below one star, maybe working their way up to a star. Whatever they may be trying to achieve, they are definitely great places to eat! On that site you'll also find the "Table Simple" with an "assiète" (plate) symbol.

David Lebowitz is a great resource in English, so is Patricia Wells, their advice is very reliable. In French it's worth checking Gilles Pudlowski and Simon Says who writes for Le Monde. More are listed in the Guest Notes.

The Guide Vert is always a great resource and they have different guides for different parts of France, but most of them have not been translated into English.

Websites like Yelp or Trip Advisor are not ideal for France

Americans like to read reviews and they use Yelp and Trip Advisor a lot. But French people don't choose restaurants like that, at least not in 2020. So who ends up leaving reviews of restaurants in France on Yelp? Americans and other visitors.

There are some reviews in French on those sites, if you read them you'll have better luck.

How about historical restaurants?

There are some wonderful historical restaurants in Paris such as Les Deux Magots, Brasserie Lipp, Café de Flore, Le Banaparte, Le Procope are in Saint Germain des Prés also. Sometimes they are a little bit overpriced, but it's worth it for the atmosphere.

In Montparnasse at the confluence of Boulevard Raspail and Boulevard Montparnasse you'll find several other classic restaurants such as Le Dome, La Rotonde, Le Select, La Coupole, etc. There's also an Entrecôte Restaurant nearby. The Luxembourg Gardens are also walking distance from there.

How to eat like a local outside of Paris

Many Americans love TGI Friday's, Olive Garden and the Cheesecake Factory, right? Well, it's the same in France! French people patronize chain restaurants too. We don't have as many chain restaurants as what I saw when I lived in America, but have have a few that are pretty good. So if you want to eat like a local, you can't count them out, especially if you're driving in France.

Are these things true about eating in France?