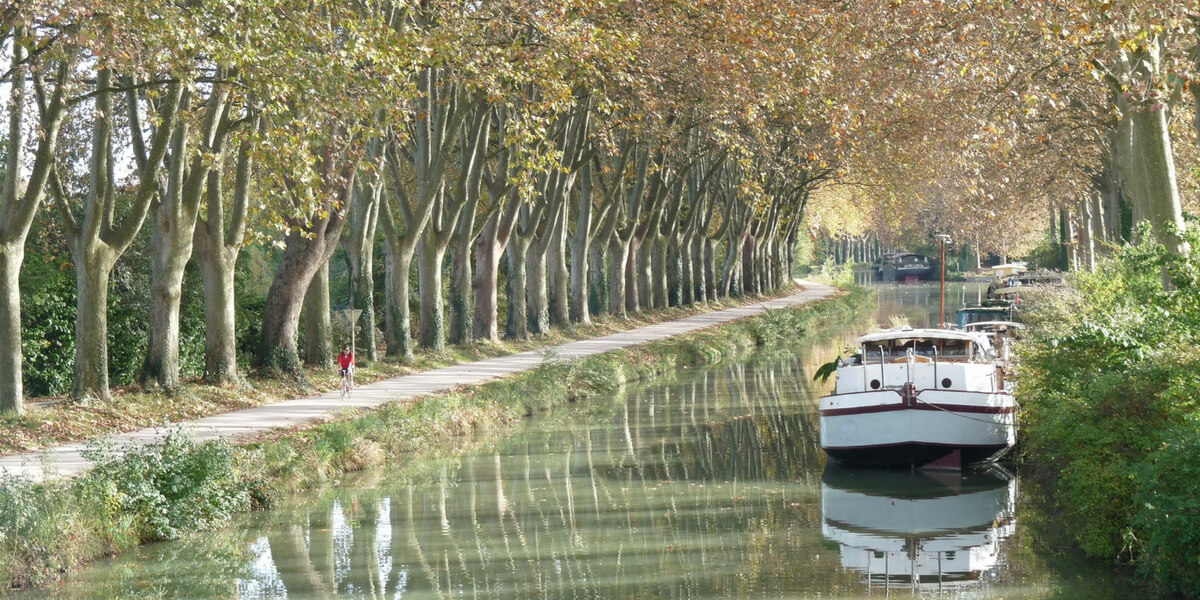 As someone who was born and raised in Toulouse  and still lives nearby today, the Canal du Midi has always been part of my landscape. I've walked along it and gone over it thousands of times. I've been on a few Canal cruises for friends' birthday parties and such.  So, to me, the Canal to me blends into the landscape, it is a given. But it really shouldn't be! I realized that as I talked to Elyse about it for this episode.

One of Europe’s Best Engineering Achievements of the  1700s

First of all, the Canal du Midi is a UNESCO World Heritage Site and when I started to learn about it I realized that it was one of Europe's best engineering achievements of the 1700s. This long-awaited canal was designed to open up the landlocked area of Toulouse to commerce and make it possible to go between the Atlantic and the Mediterranean without going all the way around Portugal and Spain.

The man who designed the Canal du Midi and carried the project, Pierre Paul Riquet, was a man of the Enlightenment who brought human as well as technological innovations to the Southwest of France. He hired women to do physical labor and paid them cash! Can you think of the scandal that must have been? Elyse tells us all the details in the episode.

By now, the Canal du Midi is not as vital to commerce as it once was, but it has not lost any of its charm. Amateurs of slow travel take cruises on the canal by the thousands each year, and many more enjoy walks and bike rides along its beautiful banks. You should definitely include a stop on the Canal du Midi next time you visit Southwestern France!

Learn More: Best Things to Do in the Toulouse Area