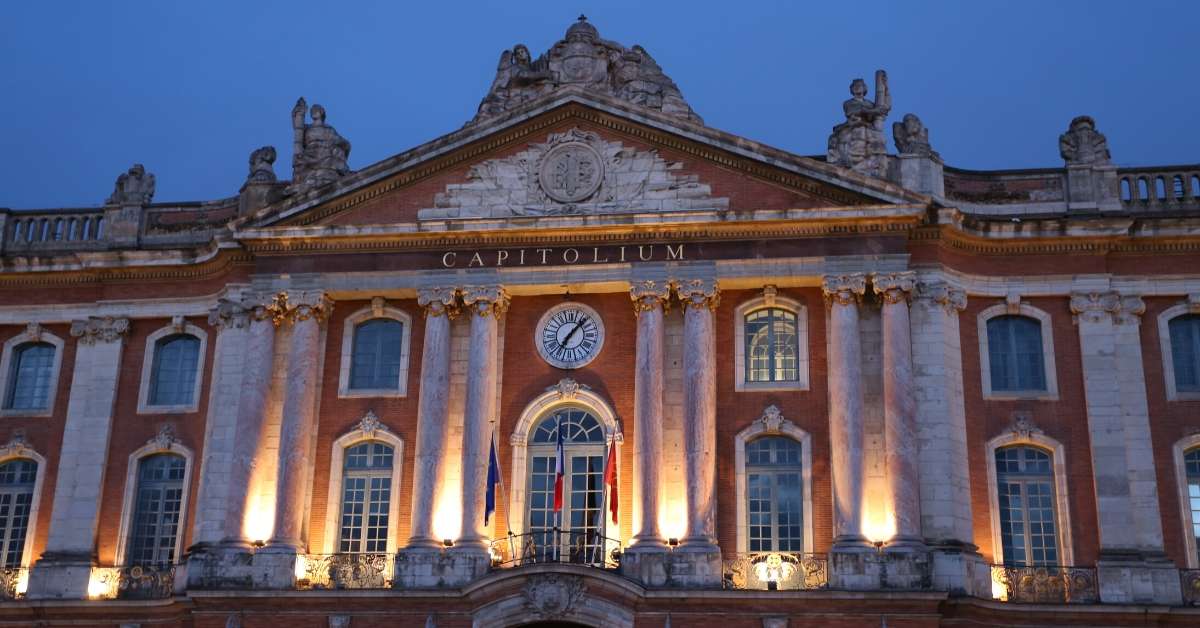 The thing that is striking about Toulouse when you arrive as a first time visitor is that it is a real vibrant city. There are a lot of things going on, a lot of people around.

For example, if you walk between place du Capitole and Place Saint Georges, you’ll see lots of locals. Because Toulouse has a lot of industry (Airbus) and several large universities, it has the feel of a city like Chicago. It’s a busy, industrious city. Tourists are a minority of the people you run into on the streets of Toulouse.

Favorites for Matthew and his wife were the Musée des Augustins. When they visited one of the floors was closed to the public and the whole museum is closed for renovations right now. It should re-open in the fall of 2020.

One of the things that’s particularly nice at the Musée des Augustins is that you get to see the statues from the Saint Sernin and other churches up-close at eye level. It’s completely different from the way we normally see church art.

There’s also a room with capitals from 3 different churches with good descriptions of the Bible story this piece is illustrating. The descriptions are great because even if you were raised in a Christian church, you may not be able to recognize most Bible stories you see in a church.

This is a really striking church with a gorgeous old cloister. The column that looks like a palm tree is remarkable. The relic of Saint Thomas of Aquinas is inside the Jacobins church also.

It is never used as a church any more, but it is sometimes used as a small venue for concerts where they setup 100 chairs or so. Again this is not a church that attracts lots of people. Locals go inside just to enjoy the atmosphere or maybe escape from the heat!

This is a classic southern Hôtel Particulier which is the home of the Bemberg  Foundation. It’s worth going just to look around the courtyard, but the museum is also really nice.

They enjoyed it, but this is one people who don’t spend long enough in Toulouse would probably skip. This museum offers a nice perspective on Roman times in France.

Parks in France are generally more popular than parks in the United States, especially on week-ends or holidays when the weather is nice. Here are a few they enjoyed while walking around Toulouse:

May 1st or May Day in Toulouse

France pretty much closes down on May 1st which worries visitors, but in their case it was a good thing. Most restaurants were open, so that wasn’t an issue. So they walked to the Japanese Garden at the Compans Caffarelli Park (there is no public transportation in Toulouse on May Day!)

The only way to get a bad meal in France is to go too cheap. They had no trouble finding good places to eat in Toulouse! There are many restaurants in Toulouse where you’ll need to use all the French that you have. It’s not like Paris where everyone speaks English!

Classic French bistro where they only serve a great steak-frittes. It’s a local favorite and there’s usually a line. Nothing fancy, but this one hits the spot!

This is on Place Saint Georges, they are famous for their great Cassoulet and southwestern cuisine. They have a Michelin star so prices are a little higher than in other restaurants around Toulouse, but most people think it’s worth it.

Matthew has made Cassoulet at home, so he is familiar with the dish. He enjoyed having it in the restaurant where it was even better!

Coming to Toulouse by Train

Going anywhere in France is pretty easy by train. There are two types of TGV trains you can take between Paris and Toulouse. InOui is the regular TGV with a lovely first class, comfortable wide seats, plugs for your devices, WiFi, a bar/restaurant car, etc.

Ouigo is the budget train with no food, no WiFi, but you still get between Paris and Toulouse in 4h (sometimes 4h20mn depending on where the train stops). Either one is a better choice than flying generally speaking, not to mention a lot lighter on your carbon footprint.

Things to Keep in Mind When Visiting Toulouse

How long is enough in Toulouse?

Matthew and his wife spent 4 nights in Toulouse. Most people don’t spend that long. Was that too much? No! They don’t like a hectic pace. They like to spend a day visiting parks, do laundry, sit at café, take it easy.

Toulouse is a place they’d like to come back to. France feels really familiar to them and they’d like to spend more time doing day-trips out of Toulouse. Albi sounds particularly appealing.

Don’t be shy, even if you don’t know how to speak, people are going to help you. You will feel welcome. You stand at a street corner with a map in your hand and someone will stop to help you. This is not just in Toulouse, but when traveling in general.

Make sure you know the emergency phone number, which is 112 in Europe (equivalent to 911).