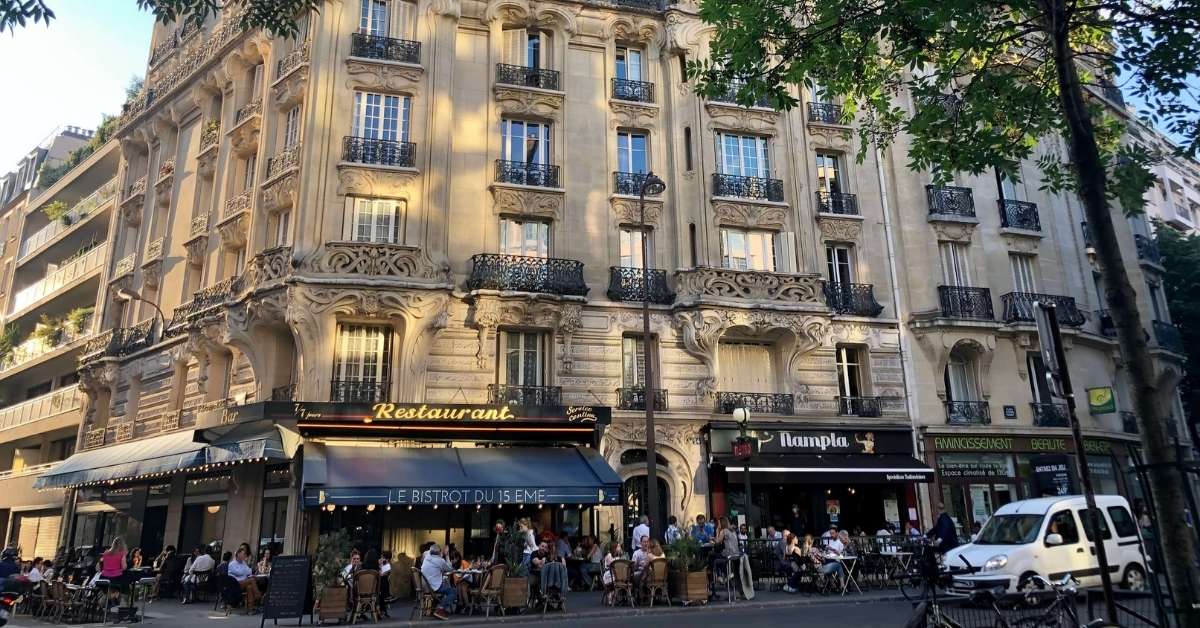 This is Join Us in France Episode 342.  Bonjour, I’m Annie Sargent and Join Us in France is the podcast where we look around France so you can best enjoy France as a destination. We talk about French culture, history, gastronomy and everything it takes to have a wonderful time in France. Today I bring you a conversation with Elyse Rivin and Patricia Perry about the new normal in Paris and what it’s like to visit France as travel starts up again. Elyse and I just came back from Paris and we want to tell you all about it.

And did you know that for 3 years the capital of France was in Brazzaville in the Congo? I will tell you about that after my chat with Elyse and Patricia.

If you like what we do here at Join Us in France, consider supporting us by visiting joinusinfrance.com/boutique to check out my books, tours and services such as my itinerary review where I help you craft the best vacation in France specifically for YOU.

he best way to stay in touch with me and with the podcast is to sign up for the newsletter at joinusinfrance.com/newsletter I only sent one photo of the day while in Paris. I should know myself better: when I walk around Paris all day by the end of the day I am spent. But, fear not, I’ve recuperated and I will share a selection of my best photos with newsletter subscribers soon!

Our Day to Day Plan

Annie and Elyse spend 3 1/2 days in Paris and it feels like we crammed a whole week into 3 1/2 days!

We went to the Musée de l'Armé to see the exhibit called Napoléon n'est plus. It started with Elba and dealt with the decline of Napoleon. It was a fine exhibit, but a bit morbid in our opinion. There is so much to see at the Musée de l'Armée, the building itself is worth the visit!

While we were doing that Elyse went to see an exhibit about Women painters at the Pompidou where they will soon start on renovations that will last for 2 years.

Then we all went to the Louvre to see an exhibit called L'Ame et le Corps about Italian Renaissance. It was neat, but what shocked us mostly is how empty the Louvre was. You have to have a timed reservation to go in and they don't let over a certain number of people into the museum.

The next day we went to La Villette to see an amazing Napoleon exhibit. This one was very comprehensive and really well done. They were very good at showing all the turning points in Napoleon's life. It's so easy to get lost in the weeds with Napoleon but they did not.

La Madeleine is a huge church in Paris that looks like a Greek temple. We didn't have time to go inside the church because we went there for lunch. There is a little restaurant in the basement of La Madeleine church. You have to get a 5€ membership and then you buy a 12€. The whole staff is made up of volunteers and you go for a good cause because they serve lunch to people who can pay and in the evening they serve the homeless. The food was fine but nothing to write home about.

In the afternoon we went to Malmaison, the chateau where Napoleon and Josephine lived. It's a little further away, but it's fairly easy to get to. It's a bit of a stuffy French museum, but the chateau is worth seeing and the gardens are  lovely. We would only recommend this to people who've been to Paris several times.

The museum is free, but you must get a timed-entry ticket. We recommend you do this several days in advance because it's a popular place! This museum is a Hôtel Particulier in the heart of the Marais, the gardens are gorgeous, the restaurant looks fabulous.

L'Atelier des Chefs is a quick cooking class plus lunch. Cooking time is 1/2 hour, you can linger and eat at your leisure. The class takes place in a kitchen supply store and the class is taught in French by a young French chef. You'll learn some basic cooking techniques and will get to ask questions. Very good for a novice cook. We went to the one in the 4e arrondissement which is pretty close to the Carnavalet Museum.

The New Normal in Paris: Bicycles!

There are so many more bicycles in Paris than before the pandemic! This is definitely a big change and it looks like that change is here to stay. This website gives a lot of good information about cycling in Paris. Pedestrians please watch out for bicycles before stepping off the sidewalk!

In Paris you can rent regular bicycles and electric bikes from Vélib and Lime as well as a few other vendors.

La Bourse is also a brand new museum and a must-see for people who enjoy modern and contemporary art. The old Paris stock exchange was redone by Japanese architect Tadao Ando.

We spent the whole day visiting the chateau of Chantilly. It was a nice place that's a must-see for people who love art and horses. We will do a full episode about this place because there's a lot of history and art there.

The New Normal in Paris: Going Back After the Pandemic

This was Elyse's first time in Paris after 2 years away.  It is a little bit overwhelming going back to a city after living like a hermit for so long.

This Week in French News

For my personal update this week I want to take a few minutes to tell you about the Call of Brazzaville. I think it’s safe to bet that all of you have heard of June 18, 1940 the day when General de Gaulle called upon French troops to rally to him in exile from the studios of the BBC in London. On that day he mentioned that France was not alone, that French colonies or the French Empire was also called to play a role. The Call of Brazzaville came soon after the call he made from the BBC in London and took place on October 26, 1940.

We have to remember that De Gaulle had no army and no territory. In fact, half of France was under German rule through invasion (we call that occupied France), the other half was under the control of Pétain who worked with the Germans and allowed them to do whatever they wanted, including round-up Jews and send them to death camps (Vichy’s France).

Relying on the French Empire

In terms of land area and population, French colonies were 22 times bigger than the French mainland and had twice as many people living in those countries than the mainland France. The colonies were full of young men many of whom were willing and eager to serve.  The Tchad, Cameroun and the Congo under the leadership of Felix Eboué announced they were joining De Gaulle very quickly.

Felix Eboué, a black man born of emancipated slaves in French Guyana, had a brilliant career in the French administration by going through the all the schools that train administrators and rose in the ranks quickly. By the time De Gaulle called sent his SOS to the French Empire, Eboué was the governor of Equatorial French Africa. He had an advantage in that he was black but not African. This made it easier for him to rise above the disputes that plagued the different cultures within French speaking Africa and look for common ground.

Because Félix Eboué pledged to support De Gaulle he gave him some territory, an army, and a capital Brazzaville. Why Brazzaville and not some other large city in the French colonies? Because not every colony was as enthusiastic about the prospect of supporting France against German invasion.

Between 1939 and 1944 there were 140,000 black soldiers who fought along French soldiers. 24,000 of them were either made prisoner or killed during that period. The Senegalese Tirrailleurs were famous and fought in WWI and WWII all over Africa AND mainland France. Later this year I’ll tell you about the Débarquement de Provence in which Senegalese troop played a major role.

African troops didn’t get the recognition they deserved then and they still haven’t to this day. The Senegalese troops should have been able to parade down the Champs Elysées in 1944 the same way American and English troops did, but they were denied the honor. I can’t say for sure why that was, but I can assume that it had something to do with pervasive racism.

At any rate, it is clear to me that African soldiers of the French Empire came to the rescue when De Gaulle called 81 years ago and I am grateful for their service.