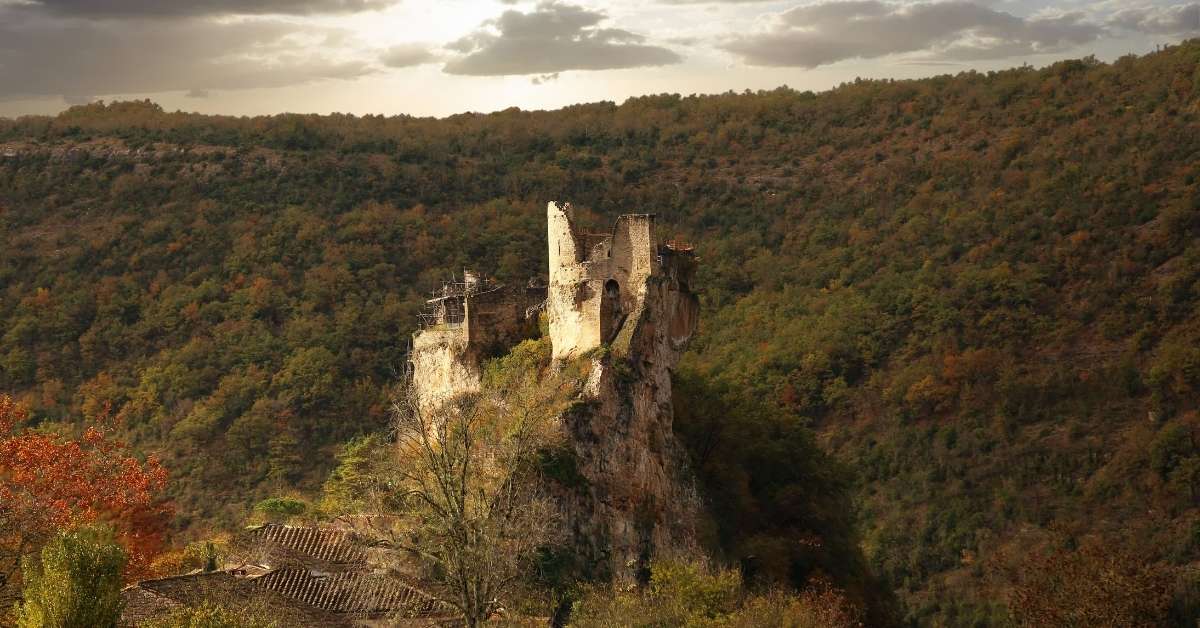 Today Annie Sargent brings you a conversation with Elyse Rivin about the lovely village of Penne in the Tarn. It’s a small place (600 inhabitants) with a ruined castle on top of the hill and gorgeous views all around.

This medieval village does not have any sort of special label like “Most Beautiful Village of France” so it’s definitely under the radar. But it's such an interesting place! We often get asked about memorable places to visit with children and Penne is definitely one of them! Children will love the adventure of exploring the ruins and watching restoration work go on (if you go at the right time, check their website for specifics.)

Penne is north east of Toulouse. The name comes from a Latin root that means high pointy rock and the castle is indeed on top of a high pointy rock. This ruined castle got its start in the 800s at a time when local inhabitants needed protection from various invasions.

The Village of Penne Today

Today a lot of arts and crafts people have moved into the village because in a normal year Penne gets quite a few visitors. You'll find some shops and cafés and scenic narrow streets (see Annie's photos on Instagram).

What's different is that this village doesn't have a monastery and it is not a bastide. It was developed primarily around the defensive castle which speaks to the difficult political situation of this area during the Middle Ages.

You should wear good walking shoes as you will be walking up fairly steep cobblestone. It's not taxing physically because you don't have to go a long way, but may be impossible for people with mobility issues and difficult with a stroller.

Attractions and Accommodations Nearby

It will only take half a day to visit Penne (unless they have special events going on), but the great thing is there is plenty to see nearby. Bruniquel, Saint-Antonin-Noble-Val, Castelnau-de-Montmiral are good candidates in our opinion. Here are some good accommodation around Penne.

This village has a great view towards the Aveyron river on one side and the plain on the other, so it's in a great defensive position. Penne also has some interesting pre-historical remains, like what we discussed for Bruniquel.  The sites in Penne are not open to the public.

The Grotte de la Magdeleine is what they based the "Magdalenian" period on. Inside of this cave they found carved sculpture of Venuses on the walls. These date back between 17,000 and 12,000 years ago and this is the last major period of pre-history. Some of the objects they found around Penne are at the Museum of Natural History in Toulouse.

Penne Is Great for Children

This chateau of Penne organizes interesting activities for children during school vacations. This video shows what it looked like years ago when they started to make the site accessible to visitors. By now there are safety railings and signs that explain what you're looking at, so it's a lot easier. There is a fee of a few euros to go up the chateau and it's totally worth it! 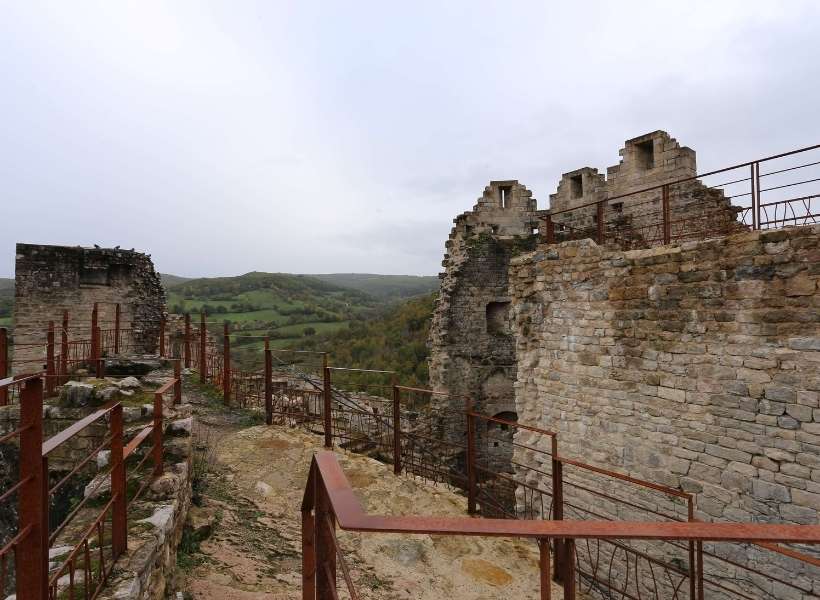 A Brief History of the Chateau de Penne

This chateau is mentioned in the records of the rulers of Aquitaine going back to the 800s. Later on it became part of the domain of the Counts of Albi. In the middle of the 1100s this chateau was used by the Knights Templar. The local lord kept the castle in his hands but the Knights Templar used it and protected the area.

Between the 1200s and the 1500s, Penne was a victim of the long war between the "English" and the "French". This weren't "English" people as we know them today. This name we give them has to do with allegiance to the King of England or the King of France. They all spoke Occitan and many were cousins. This was a political allegiance, not a cultural one.

The village of Penne went back and forth between the English and the French about a dozen times. This meant exactions and fights and nothing good for the local population. In the beginning of the 1500s it was in the hands of the French and in 1586 the castle was abandoned. Nobility didn't want to live in a medieval castle any more by then.

Restoring the Castle of Penne

Once the chateau was abandoned, some of the stones were taken away for various uses. More recently someone decided to renovate the castle and open it to the public. He's undertaken an extensive program to rebuild the castle to the way things were long ago. For those of you who have heard about Guedelon, this is a similar project.

This website shows the work they are planning to do for the year. Everything they do is done with the tools of the time. They call it "a living medieval worksite". Things ground to a halt during the pandemic, but they will get back to normal soon we hope.

Typically the Penne castle is open from February until the middle of November. In the month of July and August they have medieval games and with workers dressed in costumes. There are activities for children such as a treasure hunt and performances. Check their website for details. 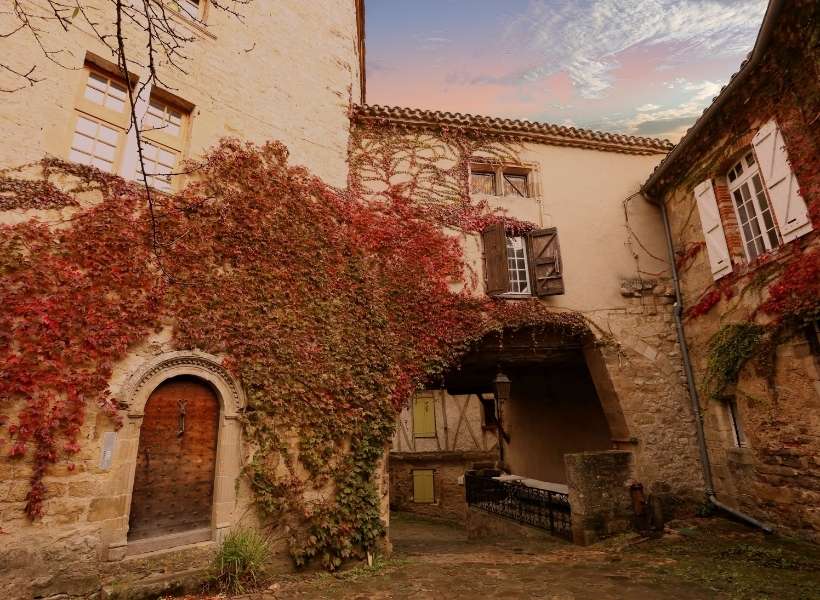