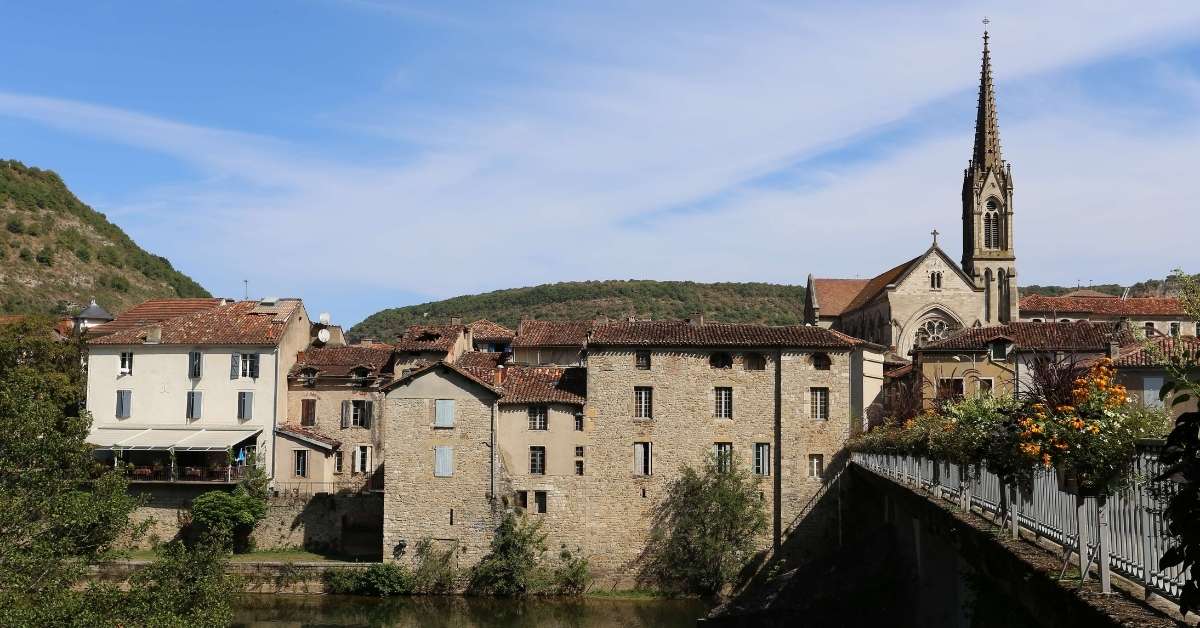 On today's episode of the podcast, Elyse Rivin tells us about the legend of Saint-Antonin and how a monastery was named after him and grew into the beautiful town of Saint-Antonin-Noble-Val on the Aveyron river.

We’ll tell you about the wonderful history of Saint-Antonin-Noble-Val, but also about hiking, scenic drives and gorgeous overlooks, caves and chateaux you can visit nearby. It’s also a great place to rent a canoe and enjoy the view from the Aveyron river. Perfect for active vacationers and families with kids. And easy access to great local food and wine too! Now is the time to select a few new places to visit in France and we don’t think you can go wrong with Saint-Antonin-Noble-Val and nearby towns.

After my conversation with Elyse I’ll also update you on the likelihood of visitors being able to come back to France for the summer of 2021, how French President Nicolas Sarkozy was condemned to 1 year in jail, and a quick update on the renovation of Notre Dame in Paris. Click on the blue button that says Show Notes for more on that.

A Brief History of Saint-Antonin-Noble-Val

Saint-Antonin-Noble-Val is gorgeous town a little north of Toulouse along the Aveyron river. It is not far from Albi and Gaillac, and you can also visit it as a day-trip from Toulouse.  The ancient name for this part of France is the Quercy-Rouergue.

Quercy means live oak, a common tree in the area. The area has a lot of limestone cliffs.  Rouergue was the name of local counts in the Middle Ages. The population is under 2,000 people which makes it a big village. They are not big enough to have a high school, but they have larger grocery stores too. The medieval center of Saint-Antonin-Noble-Val is is large and well preserved.

Until 1962 the village was called Saint-Antonin when it was renamed Saint-Antonin-Noble-Val which means noble valley. The Romans called the area Nobilis. The town is not high up but rather on the valley floor, so it's not hilly or difficult to visit for people with reduced mobility.

Once upon a time, in the 400s (this was the time when the Roman Empire fell) France was getting Christianized. The southwest of France was under the control of the Wisigoths. The Wisigoths were Christians, but of a different flavor of Christianity than the Catholics.

In the city of Pamiers (south of Toulouse) there was a nobleman who was a cousin of the King of the Wisigoths. This son's man (Antonin) wanted to convert to Catholicism and the Wisigoths weren't happy about it. Antonin went to Rome and became a priest. Then he was sent to convert the people of the Rouergue. Antonin was successful in converting the people of the Rouergue and the whole area became Catholic.

At some point he decided to go back to his home in Pamiers and work his conversion miracles there. He was advised not to go because it would be dangerous. He supposedly promised that he'd be back to the Rouergue, but not alive.

So, he went to Pamiers and tried to convert the people and the new local leader had him arrested and executed. That's how Antonin became a Christian martyr. He was cut up and his head and left arm were separated from the rest of his body.

Pamiers is on the Arriège river, which links to the Garonne river, which then links to the Aveyron river. The legend is that angels picked up his head and left arm and put them in a little row boat that somehow went up the Arriège river, Garonne river and Aveyron river. He was thus returned to the area where he had preached and they built an abbey and monastery in his honor in the 500s.

The town that grew around the monastery named after Saint Antonin thus became Saint-Antonin-Noble-Val.

This village with an monastery became rich with the production of saffron which was mostly used as a dye for cloth. Eventually the town became associated with the Counts of Toulouse. The vice-count of Saint-Antonin was an ancestor of the Toulouse-Lautrec, the famous painter.

Saint-Antonin-Noble-Val was a Protestant stronghold and suffered terribly during the Wars of Religion. As retaliation local Protestants burned down the Abbey, its library and everything associated with it.

After the French Revolution Saint-Antonin became a place where lots of people came including artisans and artists. Today it is one of the most complete medieval cities left in France.

City Hall dates from the 1100s, there are lots of beautiful medieval houses, covered market, ancient Roman baths, mills along the river.

You should go to the tourist office and ask them for a walking tour map. Here is Annie's Saint-Antonin walking tour saved from her trip. Here is page 1 and page 2 of the tour description. This walk would take an hour or two. There are a lot of restaurants you can choose from in Saint-Antonin.

The people of Saint-Antonin are very weary of over-tourism and what sites like Airbnb could do to rental prices in their village. If you visit consider staying in a hotel because that helps the local economy. Airbnb rentals have lots of unintended consequences on local prices.

This website lists a lot of local hikes, some more strenuous than others, some just take a couple of hours, others are longer.

Cirque de Bône is 5 kilometers from Saint Antonin on the D958 in the direction of Caussade. You will see 180° views on the Aveyron river. A lot of hikes also start at this overlook point.

On the left you'll find a small parking area and if you walk towards the cliff you'll see an orientation table.

The Route de la Corniche is on the D115 in the direction of Bruniquel, 3 kilometers away from Saint Antonin. Look for the D115B on the left. This small road with lots of twists and turns will take you to a place called Brousse les Antibels then will continue on towards the D115 towards either Saint Antonin or Penne and Bruniquel.

This cave is 3 lilometers away from Saint Antonin. The visit takes about 45 minutes and costs a few euros. You can get a preview on YouTube.

To get there take the D115 (that part is called route de Vaour) and at the very top of the road on the right you'll find the road that will take you to the Roc d'Anglars. Beautiful view towards the valley and the village of Saint Antonin.

The Chateau of Cas

This chateau is from the 9th century and was an old Templar Commanderie , a privately owned chateau that you can visit.

Also, don't miss Bruniquel, Penne, Castelnaud de Montmiral. The movie 100 Foot Journey was filmed there, but it's hard to recognize the village from the movie.

More episodes about day-trips from Toulouse 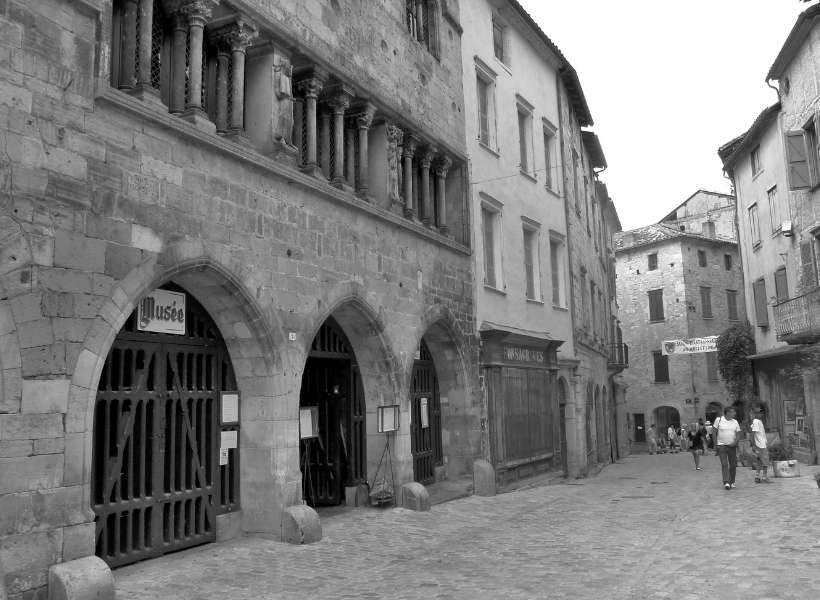