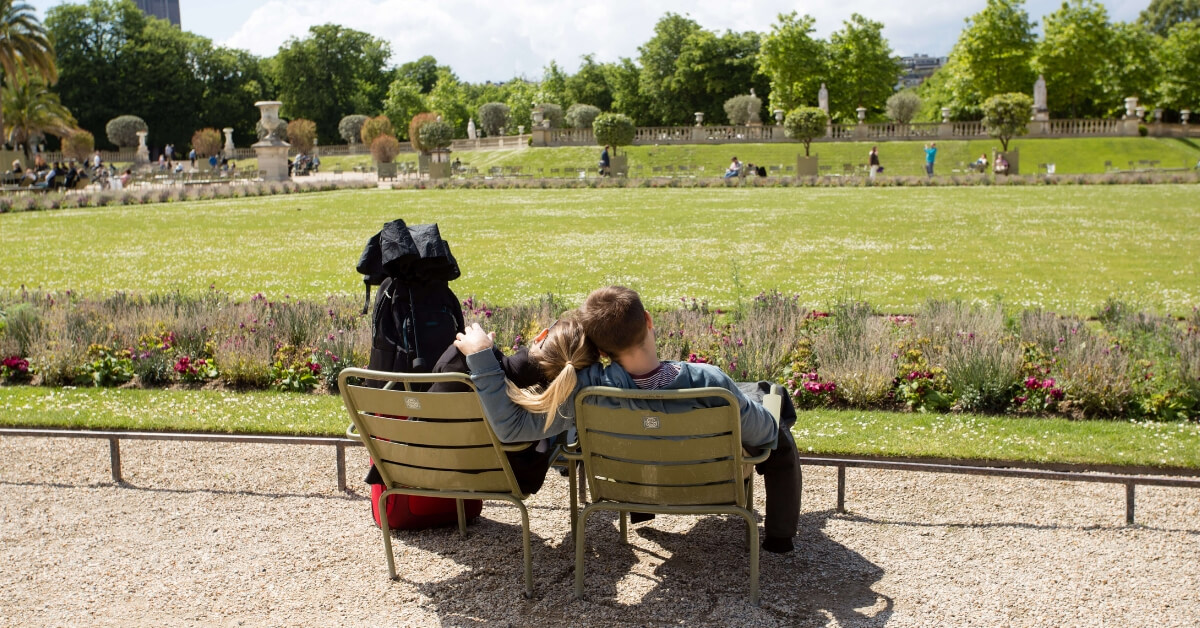 Shari and Craig were in France on their honeymoon and spent a few days in Paris before coming to Toulouse to explore the South West. In this episode they tell us all about their experiences in Paris and share lots of French language tips too!

Paris is both the city of romance and a city where you'll never run out of things to do. So, how do you narrow it down? Shari and Craig have great suggestions for you!

Hotel Recommended in this Episode

Inexpensive Paris hotel recommendation: Shari and Craig stayed at the hotel Marignan which is a basic inexpensive hotel with no elevator, no air conditioning, and some of the rooms don't have a private bathroom. But it's clean, there is a kitchen that you can use on site (tiny but functional), a laundry room, and is at a great location a few minutes away from Notre Dame, with a lot of restaurants and stores nearby. And they will give you a fan if you need it!

French Tips of the Week

This episode is chock-full of travel French phrases you are sure to come across on your trip to France. Some of those will save you a lot of money too, so be sure to listen!

In France, if you ask for "le menu s'il vous plaît" you are asking for the daily special. If you want to see the list of all the foods that are served at this restaurant, ask for "la carte" as in "à la carte".

In French "entrée" means appetizer and "plat principal" is the main dish.

If you want the house wine, ask for "un pichet de vin". Most people in France drink the house wine, you will not stand out by doing that. Very often they'll ask if you want the small or large pichet. Small is 3 glasses of wine, large 4 or 5. You can order wine by the glass and they'll serve you the house wine, but if you're going to get more than one glass, you'll be better off asking for a pichet.

If you'd like tap water (free) ask for "une carafe d'eau". If you don't specify, you'll get bottled water, usually in a glass bottle, and it'll cost at least 5€.

What's the difference between these three expressions? Bonne soirée means "have a good evening". When you start saying bonsoir vs bonjour is subjective, it probably starts after work.

It's not a hotel at all. Neither is the "hôtel de police" or the "hôtel Dieu".

American banks have decided to go chip and signature, which doesn't solve your credit card problem in Europe for the most part. Even if you ask for a pin to go along with your chip and signature American card, they'll consider any transaction you do as a cash advance, which can get expensive.

In 2014 vendors were confused by the chip and signature cards, by now they all understand what to do, but chip and sign cards do NOT work at gas pumps where payment is automated or at toll booths. What can you do to avoid problems? Buy your gas at large gas stations that have an attendant.

For instance on the toll roads there are always attendants, at least during the day. You won't be able to us the inexpensive gas distributors at grocery stores as those are almost all automated. For the toll roads, make sure you have a lot of coins with you.