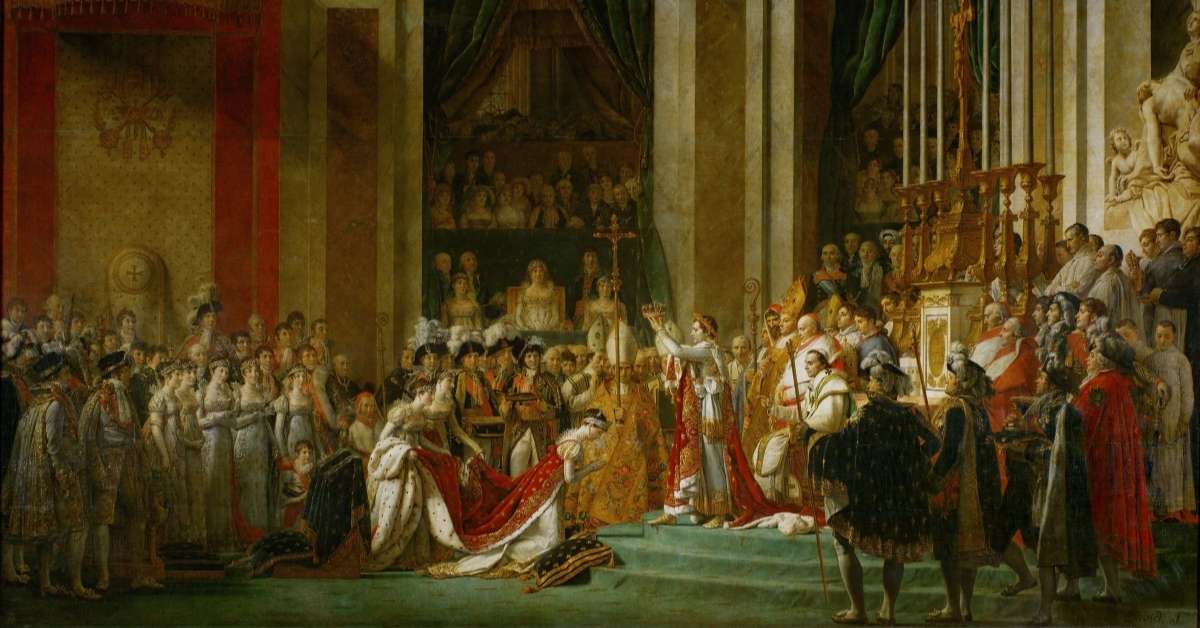 This week in France we are celebrating the bicentennial of Napoleon’s death and so today Today I bring you a conversation with Kurt Weihs about Napoleon. I am excited to release this episode because I have been working on it for several months. My guest Kurt Weihs did an amazing job helping me summarize Napoleon’s life and why he has had such an enormous imprint on France. If you’re interested in learning how France ticks and why, you’ll love this episode.

On this episode we want to look at the big picture of Napoleon's life. The man, his ideas and some of the major turning points in his life. In this episode we paint with a broad brush, but by the end of this episode you'll have an idea of who Napoleon was and why he made his mark on so many places in France.

Books Annie read to prepare for this episode:

From French historian Max Gallo: The Song of Departure and The Sun of Austerlitz

1815: The Return of Napoleon by Britten Austin

The Road to St Helena: Napoleon After Waterloo by J. David Markham

The Words that Define Napoleon

In order to make sense of Napoleon's full and complicated life, it is useful to try to distill things down to a few ideas.

Napoleon was not well-liked among his superiors because he was so demanding and ambitous. They sent him away to fight battles they thought were hopeless and he surprised them all by doing a great job. One example of that is when he took command at the Siege of Toulon and later at the Campaign of Italy. Napoleon took care of his men and they loved him in return.

Napoleon was good at talking to the men and getting them excited about battles. He also allowed them to loot and didn't intervene when they behaved horribly towards the populations they were invading. He spent money to equip and feed the troops better than was the norm before him. The troops loved him and did their best in battle.

The Annexation of Egypt didn't go as well. They were able to take Malta and Alexandria initially, but the battle of Nile against Lord Nelson went poorly. At this time Napoleon also rushed back to Paris because he feared enemies were plotting against him. The scientific endeavor in Egypt was a lot more successful than the military attempt.

By 1799, But within a month of returning to Paris from the Egyptian Campaign Napoleon had orchestrated a coup and put himself at the head of a new regime for France that we call the Consulat.

From the time Napoleon established himself as the Premier Consul until he crowned himself Emperor, only 4 years passed. Napoleon was young and blindingly ambitious. He had the support of most French people because Napoleon instituted reforms that were popular with the people.

Overall France was very prosperous under Napoleon despite his never-ending wars.

Napoleon As a Dictator and Other Unpleasant Traits

Under Napoleon only gave lip service to the basic freedoms established by the Declaration of Human Rights established by the French Revolution. Under his leadership the police were all powerful. They read your mail and watched who hung out with you. No more freedom of the press. He punished his enemies and promoted those who praised him with a new medal La Légion d'Honneur.

He believed women should be pretty and should make children and should never concern themselves with politics. Madame de Staël is an example of a woman he did not approve of. He established the family order with men at the top and women never being allowed to challenge her husband. At the same time he didn't want men abusing their wives and put some protection in place against that too.

Napoleon re-instituted slavery when it had been abolished by the French Revolution.

This happened 6 years after Napoleon fled Egypt and a year after he became Emperor. It takes place in a small town that's now in the Czech Republic but was part of the Austrian Empire.

The battle was the climactic final act in the series of battles that made up the War of the Third Coalition.

The Allied strategy was to let the French Army exhaust itself chasing them while avoiding direct confrontation.  To avoid this Napoleon had to entice the allies to fight him.  He did this by a mix of making fake gestures for armistice and having one of his corps falling back from the Pratzen Heights at Austerlitz.  The French appeared on the edge of breaking.  They were anything but that.

The victory at Austerlitz was responsible for sweeping change in Europe.

Napoleon abdicated his throne and was exiled to Elba in 1814. On March 1 of 1815 Napoleon was back in France and headed for Paris. He retook power as Louis XVIII fled north into Belgium seeking protection from the British. In the following three months Napoleon rebuilt the French Army back into a continental fighting force. Despite Napoleon’s protestations for peace it became clear that the monarchs of Europe would not accept Napoleon as ruler of France. War was inevitable the only question being where it would happen and it turned out to be in Belgium at Waterloo.

On June 15th, 1815 the French Army crossed the border into Belgium. They immediately encountered small groups of Prussian troops who began falling back to the northeast. Napoleon split his army into two forces. One, commanded by Marshal Ney, who would continue on to Brussels while his second, commanded by Marshal Grouchy, would pursue the Prussians and hopefully bring them to battle before they could link up with the British.

The battle started late because the ground was still soddened from the rain. At 11am things had dried out enough that Napoleon was content to move forward. What followed was a grueling full day of battle. Both sides fought hard with many back and forth attacks.

At 1pm, though, Napoleon’s worst fears were imagined as he saw the Prussian Army appear almost like magic on his right flank. By this time both the British and French army were like punch-drunk boxers. The addition of fresh Prussian reinforcements tipped the scales and gave the allies the strength they needed to pull off the victory. As evening came on Napoleon fled the field while his most precious soldiers, the Imperial Old Guard blocked pursuit in a suicidal rear-guard action.

By the next day, Napoleon was back in France, but the writing was on the wall. France was going to fall, and it was up to Napoleon how this would happen.

Up until then, Napoleon had experienced very few failures. Like a gambling addict Napoleon continue to up the stakes with each new “game.”

The slowness and lack of initiative that hampered Napoleon’s efforts throughout the Waterloo campaign continued to be an odd problem. There were roving Prussian armies in France who wanted nothing more than to find Napoleon and shoot him. Yet, he seemed reluctant to leave France despite the repeated suggestions that he do so, now. He complained that he needed a passport to travel to the United States, which appeared to be his favorite option. The French government continually stated “oh, it’s in the mail, you don’t have it yet?”

On July 15th Napoleon put his faith in the British and turned himself over to them. He hoped they would either let him proceed to America or at least allow him to settle on a pleasant estate like they had allowed his brother, Lucien. The British government would have none of it, though. They did not trust Napoleon and the last thing they wanted was a Bonapartist uprising in Kent or some other such mischief.

Napoleon was denied any meeting with royalty and instead shipped off to Saint Helena in exile.

St Helena is a big volcanic rock of an island in the middle of the Atlantic weeks away from the next port. It is approximately 10 miles by 7 miles and well known for its foul climate. Napoleon’s first few months on the island were tolerable.

He was not allowed to mingle with the people of the island, but he had the company of the Balcombe family who gave him a place to stay until the Longwood House was ready for him to move in. After his move to Longwood House, though, things became worse.

Restrictions on his movement increased and Hudson Lowe, the governor of the island, insisted that Napoleon remain under constant watch. Rather than allow himself to be watched Napoleon began to lock himself up indoors. The lack of exercise and harsh climate started to impact his health. Hudson Lowe feuded continuously with Napoleon over his access to doctors.

The people around Napoleon began to note an obvious decrease in his health. In 1818, Hudson Lowe forced many of the few friends that Napoleon had to leave the island. He was continually paranoid that Napoleon would escape somehow.

In his final months in 1821 Napoleon fought a worsening battle against abdominal pain and what appeared to be stomach ulcers. In his last days Napoleon was delirious most of the time.

On May 5th, 1821 Napoleon died from what appeared to be stomach cancer though conspiracy theories abound to this day that he was assassinated with poison.

There are so many what-ifs to consider about Napoleon’s life after his abdication. He could have lived like his brother, Josef, in the USA. Of course, he could have also been imprisoned in a Scottish border fort if the British had wished.

Would Napoleon have enjoyed the life of a private citizen? I don’t think so. Napoleon hated a life of mediocrity. He spent a lot of time talking about his desire to just settle down and relax, but throughout his life anytime things became ‘settled and relaxed’ he found a way to stir things up. I think the English were wise to not let him land and stay in England. Unfortunately, the alternative was not pleasant. 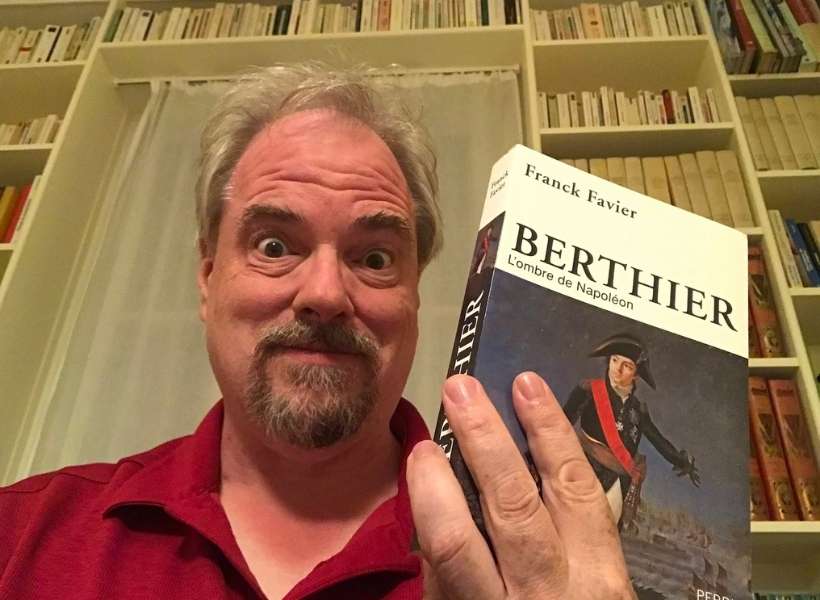