Paris has a long and vibrant history of Jewish culture and community. The city has had a significant Jewish population since the Middle Ages, and today it is home to one of the largest Jewish populations in Europe.

The Marais neighborhood is known for its vibrant Jewish community and is home to numerous synagogues, kosher shops,  restaurants, bakeries, and cultural centers. The rue des Rosiers, which runs through the heart of the Marais, is known for its many Jewish-owned businesses and is a popular tourist destination. This short narrow Paris street comes up a lot in this episode!

In addition to the Marais, the 17e arrondissement is also home to a significant Jewish population and where Shmuel found many Kosher shops.Paris is also home to the Shoah Memorial, a free museum and educational center dedicated to the memory of the Holocaust and the victims of the Nazi regime. I think it is a must-see when visiting the Marais.

On today's Trip Report, Shmuel Perl shares his experiences in Paris and explains that the Marais is not the only place where he found Jewish culture in Paris!

After the interview I'll update you on Dicey Paris neighborhood and on what Paris is like on Christmas Eve and Christmas Day.

More episodes about visiting Paris for the first time 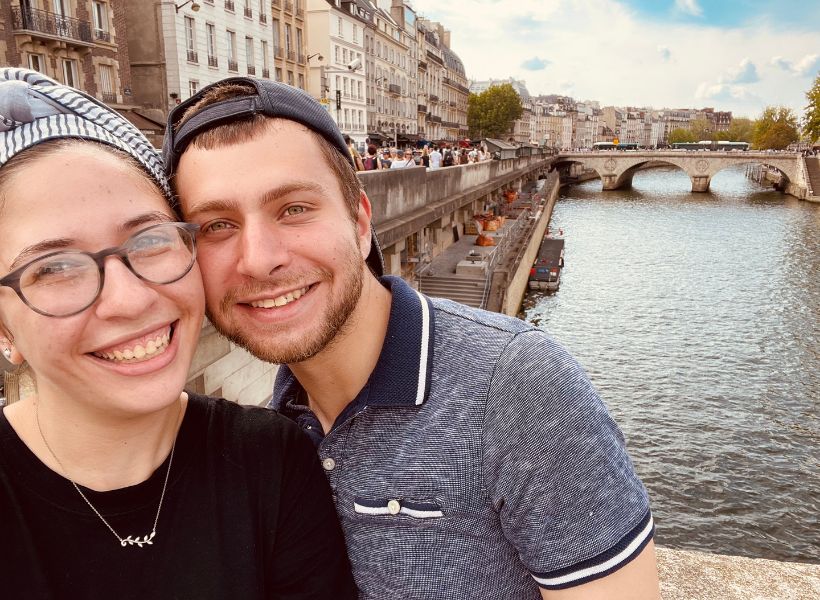