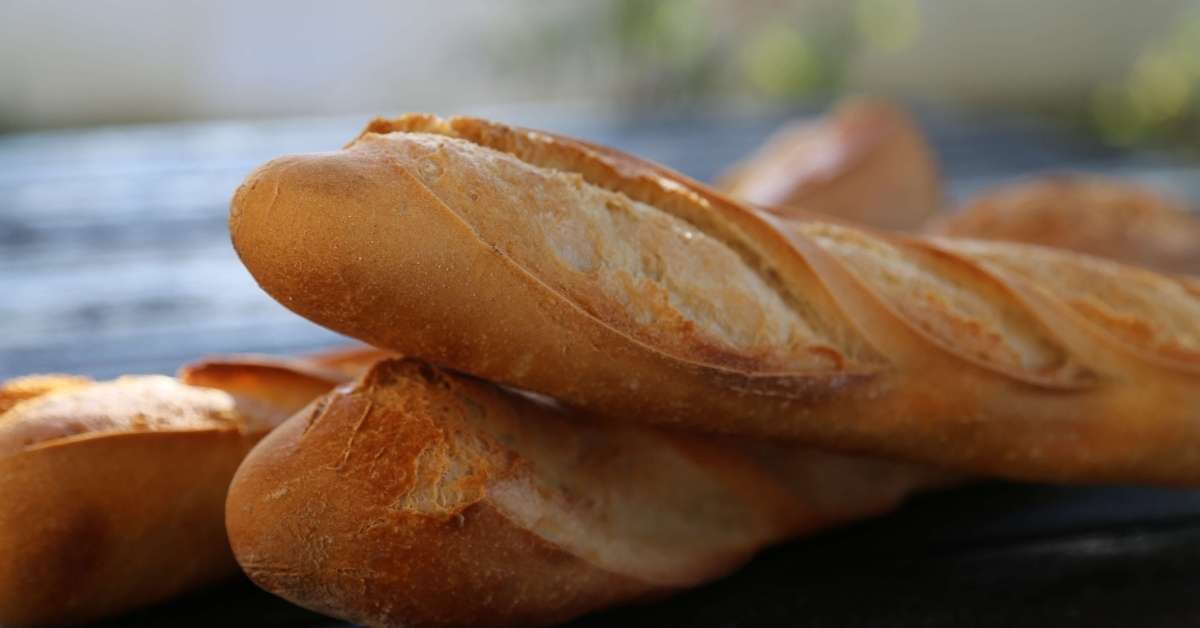 Today Annie Sargent brings you a conversation with Susan Walter about bread in France, and why bread is such an important piece of French culture and life. We talk a little bit about this history of bread and we agree on many things, including: What’s up with the obsession with finding the “BEST” baguette in France? Grab some toast, let’s talk bread!

And, something I didn't mention in the episode and I should have. If you don’t live close to a great bakery, you can buy several loaves, slice them the way you like them, put them in a bag and freeze them. When you need some, take it out of the freezer and pop the slices into the toaster. Baguette freezes really well and will taste fabulous that way.

Book Recommendation: Max Gallo, the Sun of Austerlitz, a good book about Napoleon.

My guest on today's episode has a blog called Days on the Claise, a good source of information about a part of France that's rarely discussed.

Bread in France: It's a Staple

Most French people eat bread every day. It's not just a cliché, bread in France is a staple and something most people care about. French people take bread very seriously. In some countries bakers add nutritional supplements to their bread, or they add gluten to make the bread rise better. That's not allowed in France.

French bakers (called boulangers) cannot take shortcuts to make the process of making bread faster. It takes time, and that's something they live with. They start their day really early so the bread is ready when the country wakes up hungry.

A Brief History of Bread in France

In the Middle Ages, long before anyone had an oven at home, there were community ovens in villages. This was called "four banal" and some have been preserved until this day.

The reason why almost nobody had an over at home is that ovens were a big fire hazard and it took a lot of firewood to keep an good bread oven going. This was also a good way for the lord to keep dominion over his serfs.

The baguette is a relatively modern invention in France. For a long time bread was called "boule" because it was a circular shaped loaf. The French word "boulangerie" derives from the word "boule" and reminds us of the original shape of bread. In French we also use the word "miche" for a circular loaf of bread.

French Baguettes Aren't as Bad as You Think!

Baguettes don't appear in France until the early 20th century and the change was made possible by improved oven technology. They perfected the technique of steam injection in Vienna and that's what makes it possible to have a very crusty loaf.

This coincided with the time when legislation was introduced to forbid bakers from making their staff report for work before 4 AM. This meant bakers had to make smaller loaves that could rise and cook faster. That made it possible for boulangeries to open their doors at 6:30 as most people started to go off to work.

When Annie was growing up in Toulouse, France in small boulangeries they made fresh bread in the morning and were done baking for the day. By now, nobody operates like this any more. Bakeries make fresh loaves throughout the day.

There are a lot of large boulangeries in France. Either in supermarkets or large barkery chains that make everything on-site like Paul, Marie Blachère, Ange, or La Panetière. A lot of young boulangers start out working for one of these chains because it's a steady job without the risk of running their own bakery.

The problem with starting a boulangerie is that the initial investment for equipment is large and the margins small. Senior bakers find it difficult to sell their business to young folks who are short on cash and don't have a great appetite for risk. That's why large corporations are moving into this space, especially in large cities where demand is high.

Because there is such a tradition of fresh bread in France, it is possible to find bread vending machines in rural areas. They are all stocked several times a day by a local boulanger. These are common in villages, but not so much around cities with a bigger population base,

The Types of Wheat Grown in France

One of the reasons why bread is different in France is that due to the climate they can grow wheat in both the winter and the spring in France. Winter wheat is planted in October and spring wheat is planted in February. French wheat is not very high in protein content and that changes the way bread turns out.

Also, in France, there are no additives put in the flour or the bread. Baguette is just wheat, salt, yeast and water. Nothing else can go in a baguette. No extra gluten, no vitamins, nothing.

Today, most French people buy a type of baguette called "tradition". It uses the finest ingredients, a little more expensive grade of wheat, and tastes wonderful.

Growing up in France, Annie remembers buying "gros pain" which was a 400 gram basic bread. It's nowhere to be found in the Toulouse area any more. But Susan can still get it where she lives.

Nowadays the super crusty bread is not as popular in France, we seem going towards softer breads. You might think that bread never changes in France, but that's not the case. Boulangers try new tricks and continue to sell these variations on the theme if they sell well.

Today French people eat an average of 1/2 baguette per day. 50 years ago each French person ate 3 baguettes per day! Bread has gotten the reputation for being a food that makes you fat so even French people restrict their own bread intake.

Most people in France don't make their own bread at home. If Annie had to get in the car to get fresh bread in the morning she probably would get a break maker. But that's not the case.

Breads You Won't Find in France

At a French boulangerie you won't find bagels or hoagie breads used for sandwiches. They use baguettes to make sandwiches in France.  You won't find soft rolls such as dinner rolls that are so common (and so delicious!) in America. No potato rolls either.

Where Is the Best Bread in Paris?

This is the sort of question neophytes often ask. They are certain that there must be a BEST bread in Paris. That is simply not the case. The best bread anywhere in France is the one close to you. Bread is an every day food, not the type of food you drive great distances for.

It is common for French people to have a favorite place for bread and a different one for pâtisserie, but they are usually pretty close to home.

I wish people would stop making lists of the "10 Best Bakeries in Paris" because visitors will actually waste a lot of time going to all those places. The reality is, there are only minor differences between bakeries in France. Just enjoy the one that's closest to you and stop worrying about things that do not matter!