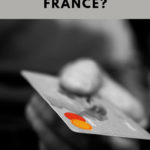 Why Is There So Little Security on US Credit Cards?

As a preface to this, let me say that not having lived in the US for 10 years, I am shocked now when I visit the US that I can buy things by simply swiping a credit card and they often do not ask for either a pin or a signature! It used to be you had to sign for every purchase, but then they decided let’s make life even easier for thieves and for purchases under $50 they don’t even ask for a signature.

Having swung all the way towards ridiculous, the pendulum is now swinging back to the opposite extreme. I’d rather have too much credit card security than not enough because if I dropped my credit card in the parking lot in American someone could be making $50 purchases all day. Yes, but you say, surely you would notice that your credit card was missing?

Not really. It has happened a few times that I left my credit cards in a pocket and I didn’t realize it until next time I went to pay for something else, and realized oops, it’s not here. Then I go thinking about the last time I used it and what I was wearing, and sure enough I stuck it in a pocket or something silly. So a malevolent person could do a lot of damage to my credit $50 at a time before I realized it.

Credit cards do not work like that in France because both our debit and credit cards have always required a pin for any sort of withdrawal or payment. So, let’s take my example of dropping my credit card in the parking lot again, if that happens in France, nobody can use it without knowing my pin. I like that feature, I need protection from my own absent-mindedness.

Thankfully, the US and Canada are moving in the right direction and implementing better security with the chip system. But do you have to have a chip and pin card or a chip and sign card and does it matter for your trip? That’s exactly what I’ll be explaining today.

Do You Have a Credit Card or a Debit Card?

In the US and Canada there is a difference between credit cards and debit cards. American debit cards always have a 4-digit pin number, and those always work in France, no need to go into more detail, debit card with pins works even if they don’t have a chip!

But, maybe you don’t have a debit card, what you have is credit cards that may or may not come with a pin number. The only way to find out is to call the bank that issued your credit card. If it’s the type that can be assigned a pin number, ask for it. They’ll probably send it in the mail and it’ll probably take a couple of weeks.

But one thing is for sure: if you can use a card to get cash from an ATM in the US or Canada (with a pin number) it will also work at the ATM in France whether or not it has a chip.

Let me say that again: If you can use a card to get cash from an ATM at home (not a cash advance but a transaction where you enter your pin number), it’ll work to get cash out of an ATM in France too.

Check on Your Card Limits Before You Travel

If you’re asking will my credit card work in France, you need to realize that your card with a pin that works at an American ATM may have weekly ATM withdrawal limits. It may be a high limit that you’ve never hit at home so you don’t know about it, but it probably has a limit. Call the bank that issued that card and ask what that limit is both when you’re at home and when you’re abroad–the limit may not be the same.

Now, so far we’ve talked about cash withdrawal from ATMs. I recommend you withdraw some cash as soon as you can in France probably hit the ATM at the airport.

How In-Person Purchases Work in France

Now let’s talk about purchases where there’s a person helping you. Maybe you’re paying for souvenirs or paying for a meal or a hotel or whatever. Those are called point of sale transactions. When engaging in that kind of transaction they can handle all sorts of foreign cards. They can even handle American cards that do not have a chip, because chip readers also have a magnetic reader on the side. It may take a couple of tries, but the person taking the payment can make it work.

I used to run into small-town cashiers that didn’t know what to do, but that never happens any more, so training must have gotten better. At any rate, don’t worry about paying for something when there’s a person at the register, those are easy no matter what card you have.

Maybe you’ve asked for your first chip card in preparation for your trip to France, so let me tell you how those work: when using a chip card you insert it into the slot and wait for the machine to do its thing.  Depending on your card and how that vendor is setup, it’ll either spit up a receipt for you to sign or ask you for a pin. But do you need a chip card in France? No you don’t.

If your card is the old-fashioned magnetic stripe type, it’ll work anywhere there is a cashier, but it may not work in machines. In that case, use the cash option. And remember, if that simple American card with just a magnetic strip works at an American ATM, it’ll work at a French ATM too!

Paying for Gas in France

There is only one case where you may run into a problem with your American or Canadian credit card that’s not chip and pin: paying for gas. That’s because there are no attendants at 99% of French gas stations and no way to pay cash either.

If you need to buy train tickets you’ll find personnel at the train station. OK, it is possible that it’s a tiny Podunk train station that only has ticket vending machines, but those machines always take cash as well as cards. So if your card won’t work, use cash. Same with metro tickets, the machines always take both cards and cash. Try the card, if it’s not happy, use cash.

Paying for Tolls in France

Toll booths never have attendants any more, but if you pick a line that displays a green arrow logo over it, it’ll try to run any card and you can use cash there too! Green arrow = any method of payment. Now, and I know this is extremely counter-intuitive, but there are lanes that display a credit card logo, but you don’t want those as a visitor. I think they were trying to save a few seconds in processing time so it’s extremely confusing, but the lanes with a credit card logo only take a limited number of credit cards and are less likely to take foreign cards.

So, repeat after me, on a French toll-road I will line up under a sign that shows a big green arrow. It doesn’t matter if it also shows other logos. It could also have a big Orange/Yellow T, or a credit card logo, so long as it has the green arrow you’re good. Green arrow means you can pay with any card OR cash.

Before you get on the toll road get some cash, OK? Coins work faster than finding the right way to insert the bills, so have your coins ready. Maybe the green arrow monster is in a bad mood that day and won’t take your card, so have cash with you. There is always a call button, use it if you run into any trouble, they respond within a minute at most. For the French Tip of the week at the end I’ll tell you how to say that it won’t take your card in French.

In America when I rent a car they give me the option to pay a daily fee and have an EZ Pass that lets me pay for all my tolls at the end of the rental. There is no such option for people who rent cars in France. There is a system called Télépéage that people who reside in France can do (we have one a love it), but it’s no open to rental car companies for now.

So if you see people zooming through in a lane that has a yellow/orange letter T or orange paint on the ground, that’s what it is.  It won’t work for your rental car. If a lane has both a letter T and a green arrow, you can use it, folks like me who use the Télépéage have dedicated lanes that take nothing but the Télépéage signal, so if I choose a lane that has both the T and a green arrow I know I could wait behind someone who is putting coins into the machine, it’s my problem, not yours!

The one place where I don’t have a good solution for you is buying gas. I’ve never seen a gas pump where you could pay cash, so it’s either a card or pay an attendant. There are a few gas stations left with attendants in cities, but they are far and few between and you can’t count of finding one. So, here’s what I recommend. Buy your gas on the freeway. You’ll pay more per liter, but you know they always have an attendant. Or ask at your hotel if they know of a place that has an attendant (also in the French tip of the week).

Do You Need a Pin and Chip Card to Come to France?

So, do you need a fancy Chip and Pin card to travel? No, you do not. So long as your card will get cash out of ATMs in the US or Canada, it will work in France too, and it will also work in stores and restaurants, etc. But if you don’t have a chip and pin card, be prepared to pay for certain things in cash, namely tolls, tickets, etc.

Maybe bring a couple of cards that will work at an ATM just in case you lose one or get robbed or something. Having a plan B is always good and make strategic use of your hotel safe. Human vendors in France will be happy to take your magnetic strip card, machines may not, but most machines also take cash, so no worries. If you run into a machine that only takes cards, look around for the one that also takes cash.

Remember, there are lots of French people who don’t have credit cards and they still need to buy metro tickets, train tickets, etc. So look for the machine that will take cash. If you’re used to paying for everything with a card you probably won’t even notice the slots for cash.

So to recap, no you don’t need a chip and pin card, but if you get one your transactions will be safer anywhere in the world and you won’t need to rely on cash so much when traveling abroad. In preparation for your trip ask your bank about your weekly cash withdrawal limits and if you have a chip card, is it a chip and pin or a chip and sign. Either one will work, no worries.