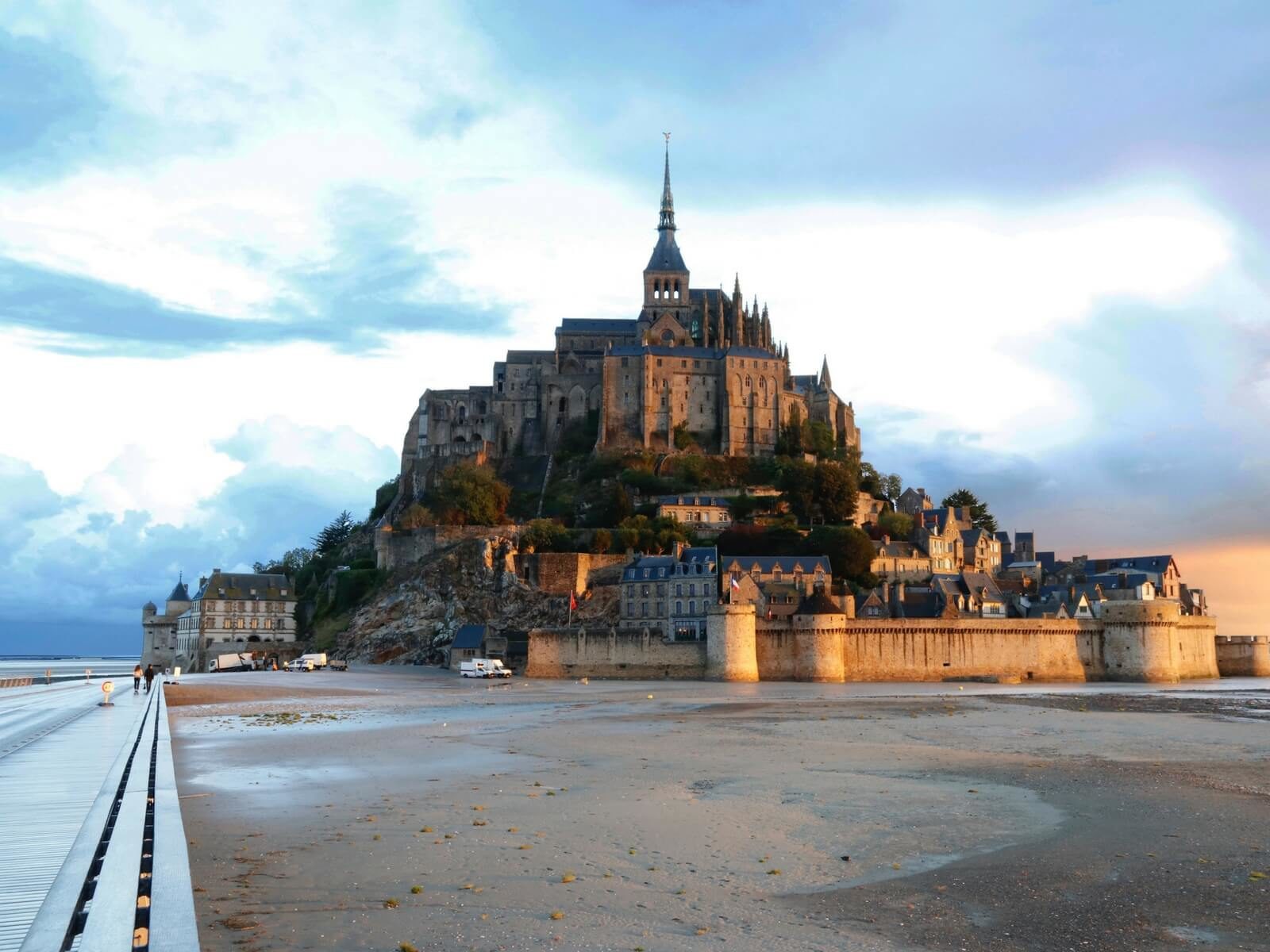 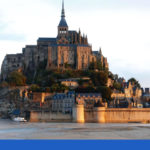 [02:45] Elyse will be answering the question “Why go to the Mont Saint Michel?” One reason is that it is the 3rd most visited cultural site in France after the Eiffel Tower and Versailles. It is extremely popular. The first tourists started going there in the 19th century. It became a historical monument in 1874. 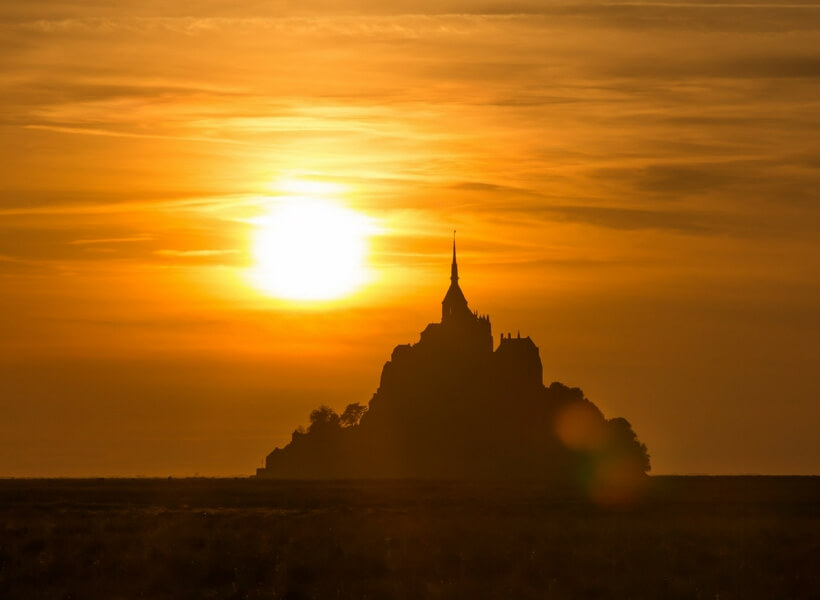 Where Is the Mont Saint-Michel?

[04:00] It is in the southern part of Normandy and right at the border between Normandy and Brittany. There has been a historical debate as to which region it belongs to. It’s about 1.5 hours from Bayeux.

The Mont Saint Michel Was Not Always an Island

[05:45] The top of the rock is 92 meters high. We think there used to be a pagan site on the Mont. They used holes in the rock to place religious artifacts. It used to be called Mont Tombe which means elevated mound (and not “grave” as one might think).

[08:00] We know from several places in France that high places were often used as pre-Christians religious sanctuaries. When Normandy became Christianized they also setup the area as a religious sacred site. It is not a burial site because it is solid granite, but they placed objects there.

Hermits Lived on Mont Saint Michel Long Before the Monastery

[0940] Places like that were also used by hermits as a refuge from the world. One of these hermits created a shrine to Saint Etienne (Saint Stephen) half-way up the rock. And another one of these hermit shrines was placed at the base of the rock. The area was surrounded by forest at the time. By the 6th Century, Christianity and the Francs had taken over and that’s when it first became a monastery. Vikings were next, arriving from the Seine River. 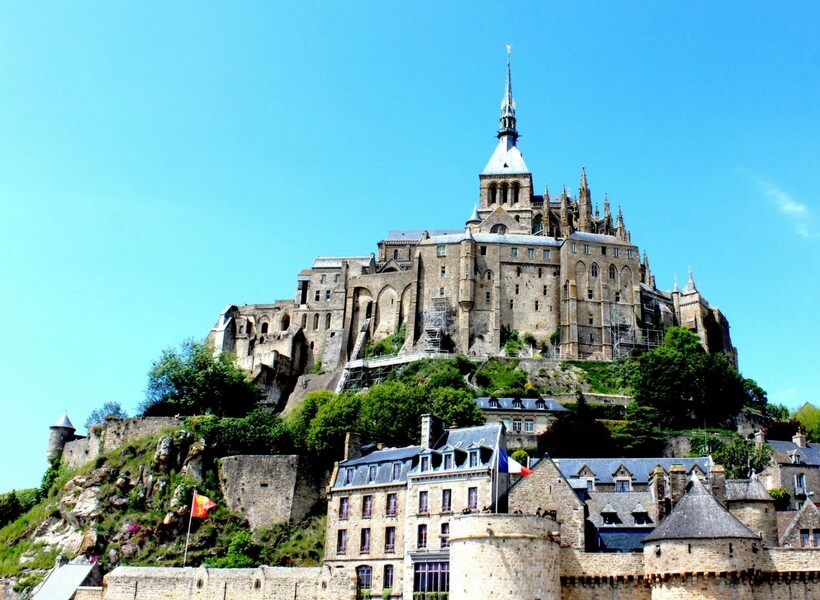 [14:10] In the 700s King Rollon promised to protect the rock which allowed the monks to start building the precursor to the Monastery. Saint Michael is a popular Saint at the time and Charlemagne wants to dedicate the rock to him. That’s when it becomes called Mont Saint-Michel. The early name was “Mont Saint-Michel in the Peril of the Sea”.

[18:30] Elyse tells the story of the natural disaster that turned Mont Saint Michel into an island supposedly over-night, but it most likely happened over a long time. It’s more likely that the land eroded slowly. They built the first church on the Mont late 8th century under the Bishop of Avranches. That is why Normandy has more of a claim on the Mont Saint-Michel than Brittany does.

The Mont Saint Michel as a Major Center of Learning

[22:15] The Monks at Mont Saint-Michel became the center of intellectual development in Western Europe and are the first to translate Aristotle from Greek into Latin. Between the 11th and 14th Century Mont Saint Michel is a major center of learning.

The Benedictines Take Over

[24:00] The Brothers fell away from austere religious life and Benedictines came to take over. On the site where the Monastery stands today there used to be a pre-Romanesque church. What we see today is late Romanesque / early Gothic.

Because of the work of the Benedictines, the Mont became an important pilgrimage site. When you visit you’ll see two Saint Michel statues, one from late 1500s and the other from the end of the 19th century when they did some renovations. 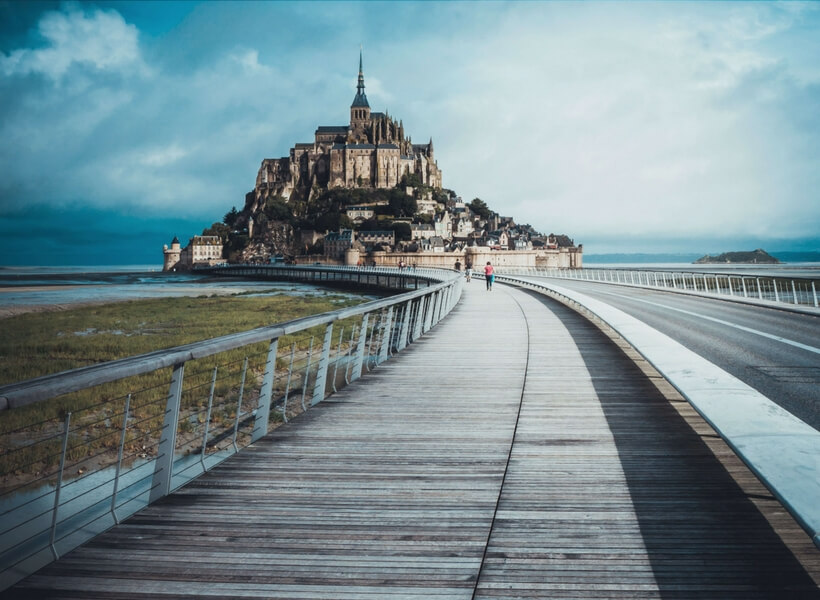 The Abbey Is Turned into a Prison

[27:40] By the 17th century, most of the brothers have left because of wars between England and France as well as the wars of religion. The brothers leave starting in the 16th century and eventually it gets turned into a prison. It was a Royal Prison.

Before the French Revolution it had turned into a prison for men, women and even children. They were turned into indentured servants. This lasted over 200 years. They called it “Bastille de la mer” because it was such a horrible prison.

The Mont Saint Michel Becomes a Historical Monument in 1874

An elderly Violet-le-Duc starts the renovation of the Mont Saint Michel with the help of two students. What we see today is neo Romanesque because of the way Violet-le-Duc renovated things. He liked pointy roofs. 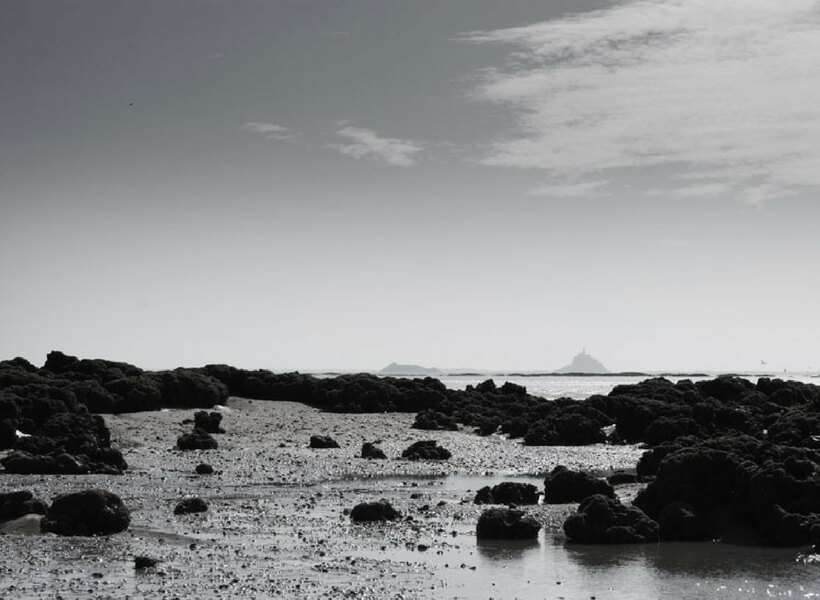 Modern Tourism Started at the Mont Saint Michel in 1880

[31:40] Mont Saint Michel was famous because of the pilgrimage and the outrage of the prison and 100,000 come see it that year. It was a great way to rebuild a fresh image for this ancient site. Pilgrims start coming back too at that time also. The big boom of tourism in the area started after WWII.

What Attracts the Pilgrims to the Mont Saint Michel

[32:30] What do pilgrims go to see there?  They have a relic of a rock that contains a footprint from Saint Michael and and some cloth. It’s hard to believe The Monks there now are from the Order of Jerusalem. But the biggest draw for people to this day is that it’s so spectacular. It is beautiful both from a distance and from inside.

To Be Continued in Episode 176 Next Week

[37:00] To prevent this episode from going too long, you’ll get the rest of our conversation next week!

Questions for this week: what can I do to make the show better in 2018? What do you think about the video teasers? 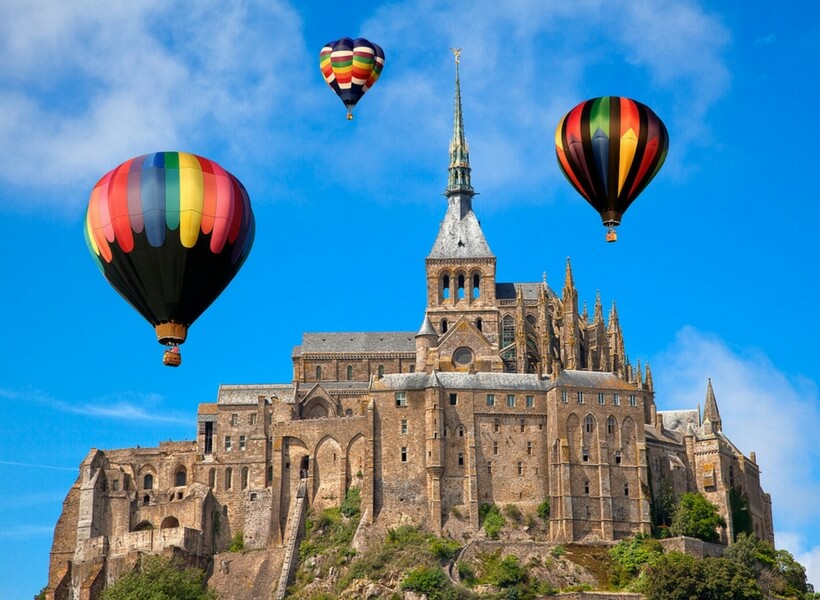