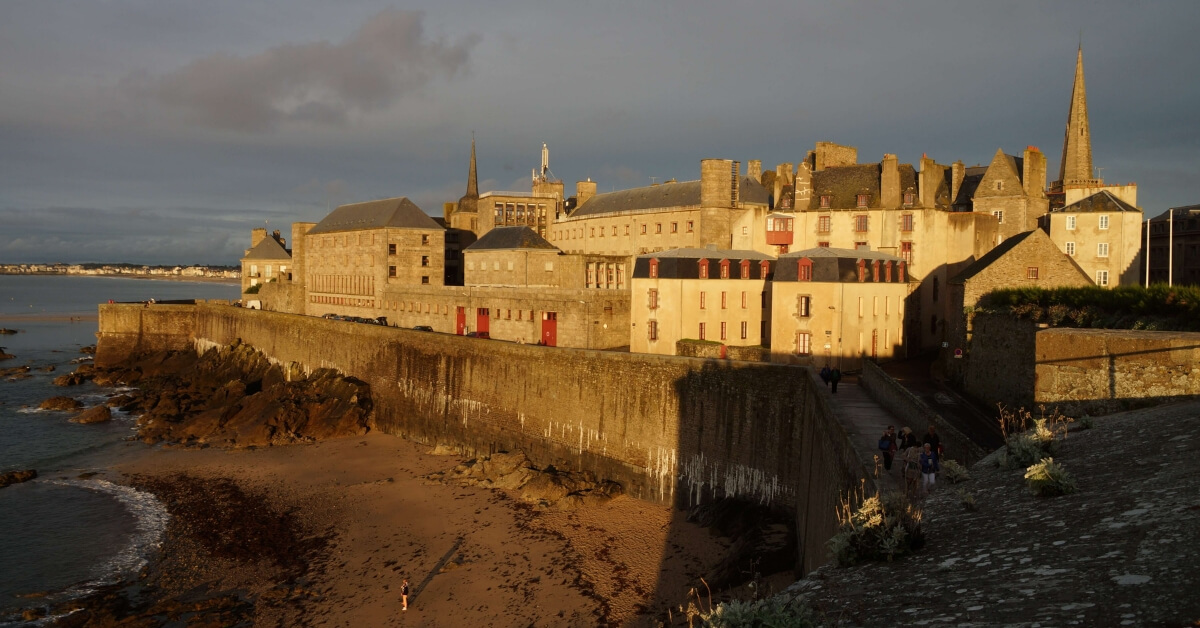 What You Will Hear About in this Episode

All the Light We Cannot See Novel Summary

Wonderful novel by Anthony Doer, it has been wildly popular, but just in case you didn’t have a chance to read it yet (or you could use a refresher as I did), let me give you a summary. Be warned, there will be lots of plot spoilers in this episode!

The novel starts in Paris at the beginning of WWII with a young girl named Marie-Laure who is going blind due to congenital cataracts. Her father works as a locksmith for the Natural History Museum in Paris and is a wonderful caring father, I don’t think that we ever learn anything about her mother, do we Sophie?

One day in Paris Marie-Laure is introduced to the story of a mythical diamond called the “Sea of Flame”. A diamond reported to have mythical powers. This diamond will drive the plot along because the Germans, who had also heard of it, and were eager to take anything valuable, especially if it had special powers!

Marie-Laure loses her sight completely at age 6, and she probably had pretty bad eye sight all along. In order to help her find her way around her neighborhood, her father builds models of streets in plywood (I imagine) so she can memorize her way around.

In June 1940 when the Germans invade Paris, Marie-Laure and her father flee and make their way to Saint-Malo in Brittany where they will stay with an uncle named Etienne. Etienne’s house in Saint-Malo is on 4 rue Vauborel in Saint-Malo, very close to the water. Not a super interesting house today, but I’m sure lots of people go, because even though this is fiction, we all like to go places mentioned in the novels we liked.

Pretty soon, Marie-Laure’s father needs to go back to Paris and gets imprisoned. Marie-Laure is now in the care of her great-uncle Etienne. Etienne is an interesting man, but he is full of phobias and never leaves the house. A house-keeper, madame Manec , also lives in the large house. The house is a tall old house, I think it has 5 levels. It has hidden doors and traps in the floors and all that good stuff that mostly exists in fiction. We learn that Etienne and his deceased brother Henri were radio enthusiasts who used to broadcast a children’s science program just for fun.

In parallel we learn about a young German orphan named Werner who also loves the radio. He was raised by a French woman who played French language children’s radio programs for him and his sister. Werner is really good at science and engineering. He can fix radios like nobody’s business! He gets recruited into a German military school of sorts where he makes a friend who gets tortured and left for dead because he had bad eyesight and where the Commandant is evil. That part of the novel was a little bit hard to take for me.

Eventually Werner is sent to the Eastern front where he helps locate illegal broadcasting stations, because, of course, one of the first things German invaders wanted to do was control the airwaves, the newspapers, novels, etc.

Back to Saint-Malo, Madame Manec, the live-in house-keeper, is involved in the Resistance with other women in the city. She hid her activities, but Marie-Laure knows. When elderly Madame Manec dies suddenly, Marie-Laure persuades Etienne to get involved by putting his broadcasting station back together again and broadcast coded messages at night.

The broadcasts are a historical fact and consisted of saying coded sentences and strings of numbers that only made sense to people in-the-know. The messages sounded like uninteresting letters being read out loud. Maybe they would say something like “On a volé le vélo de Pierre” and that meant delay the meeting until next week or something. The Germans knew there were messages in those broadcasts and anybody caught broadcasting was shot on sight.

Marie-Laure sticks out her neck too, because she’s the one who goes out to a specific bakery to get bread “un pain ordinnaire” and brings it home. The bakery lady knows that she’s supposed to give her the special bread with a roll of papers baked in. That’s the paper that Etienne is supposed to read and broadcast that night.

The bakery Marie-Laure goes to is said to be on rue Robert Surcouf in the novel. Well, there isn’t a bakery on that street. Closest one you’ll find is at 15 rue Dinan, it’s called La Fournée Malouine. Rue Robert Surcouf is a little further and doesn’t have a bakery today, I didn’t take the time to go researching the archives to see if there used to be one. It’s a novel, the author probably made it up anyway!

The novel doesn’t name the bakery, it gives instructions very much like a blind person may remember today: 22 steps on rue Vauborel until rue d’Estrée. Then to the right and count 16 storm drains, etc.

I’ll write down the information we have on these places in the show notes and if you subscribe to the newsletter, you’ll get all the details plus a map with Marie-Laure’s path to various places in Saint-Malo.

Same for the access to the beach and the grotto, the description in the novel isn’t super clear, but I think I figured it out and you’ll see it on the map that will go out with the newsletter. Or you could ask me to send it to you in an email if you listen to this episode in the future  and the email newsletter is long-gone!

Meanwhile, Werner is actively shutting down illegal broadcasting stations and hates that he has to do that. He is portrayed as a sympathetic character trapped in an evil machine, which a lot of Germans were I am sure. Then, in 1944, after the D-Day landings, Werner is transferred to the Western front to Saint-Malo specifically to shut down Etienne’s broadcasting station in a desperate attempt for the Germans to regain control. Werner finds Etienne’s house quickly, but decides to let it continue. Another evil German  soldier called von Rumpel  is closing in on the Sea of Flames and Werner saves Marie-Laure from his clutches. He meets Marie-Laure and they form a quick but strong bond. Marie-Laure places the Sea of Flames inside the grotto at the beach. The Grotto is flooded by sea water at times and full of sea snails. There’s also mention of the guard dogs, Les Chiens du Guet.

Werner leads Marie-Laure to safety and the Allied soldiers during bombings that pretty much destroyed Saint-Malo. Then Werner dies as he steps on a mine.

The book then jumps forward 30 years when Jutta, Werner’s sister goes to Paris to meet Marie-Laure. Jutta has recently met a man who knew Werner when they were young during the war and told her that he had the house containing the Sea of Flames on his person when he died. This makes sense because Marie-Laure gave him the key to the door that closes the Grotto. So, Marie-Laure, gets the Sea of Flame back. The story ends with an elderly Marie-Laure walking in Paris with her grand-son.

I am so glad he didn’t kill off the blind girl. Thank you Mr. Doer!

Hotel des Abeilles was a creation of the author, there is not such hotel today and there wasn’t back then either. The author says it was on rue de la Crosse, and there are some hotels on that street, none called Hôtel des Abeilles however.