These are the show notes with timestamps for episode 93 of the podcast: Table Manners in France Explained. We provide these so you can skip directly to the part of the conversation you’d like to hear again. 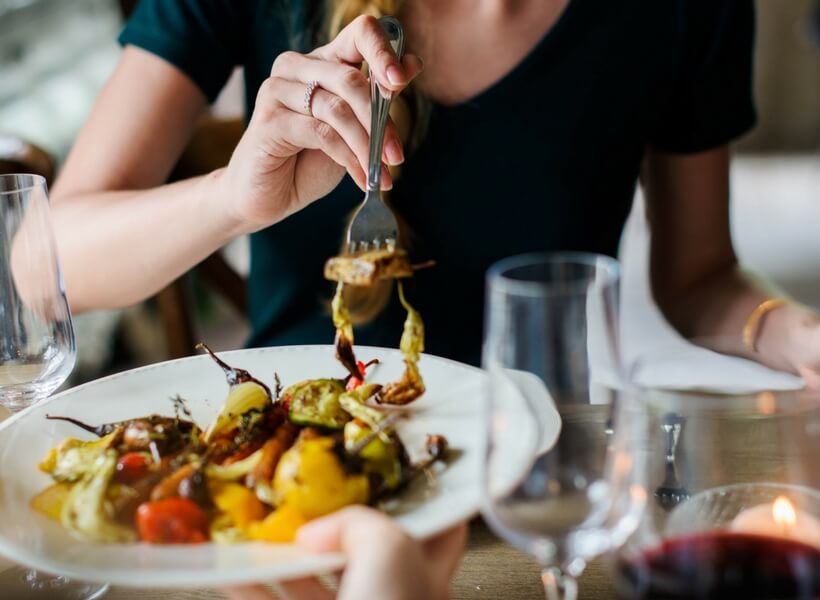 2:30 Elyse’s thoughts on the attacks of November 13, 2015. The French are not going to be defeated or surrender even though these events have given us much to worry about. Advice for people coming to visit France soon after a terror attack.

Why do Wine Glasses Have Stems?

14:20 Long stem wine glasses were invented to be able to avoid getting poisoned because servants never touched anywhere near where the liquid was, they kept their hands on the stem. For the longest time poison was the best way to kill an enemy.

16:20 Listener question on Parks and Gardens in Toulouse: what is the difference between a park and a garden? A garden is a found within a park.

What Are All Those Utensils For?

20:00 Why is there a special fork and knife for fish? What do they look like? The fish knife looks a little bit like a butter knife, but since the French don’t serve butter with their bread, that’s not what it’s for. French soup spoons are very large, almost the size of a serving spoon.

25:00 The Venetians developed the technology to make glass on a large-scale and glass became popular starting with them

Why Do French People Say “Tchin-Tchin” When Clinking Glasses?

Why do French people say when “Tchin-Tchin”  when they clink glasses? Once people realized that it was possible to avoid getting poisoned by holding their glass by the stem, someone decided to be even more sure that the drink was safe it would be good to clink glasses and spill some of your drink into the other person’s cup. If everyone does that, it shows that nobody has tampered with the drink.

Filling Your Glass More Than Half is Bad Form

30:00 Americans use very large wine glasses every day, but French people use smaller glasses and never fill them to barely more than half.

33:00 Fancy flatware in France includes forks for escargot, fish fork and knife, and many other things that more people would not know what to do with.

35:30 Catherine de Medici introduced Italian utensils in France, to the great dismay of French people who mostly ate with a knife and spoon and used dried old bread as a plate.  Today you may order a “tartine” at a restaurant which is a whole meal on a large slice of bread.

Catherine de Medici introduced the fork to France and it was not well received at first, especially by the clergy who thought it was evil and made men effeminate!

A Formal Meal at a French Restaurant

43:30 In the 1800s table manners went over the top and French people started to use five or six forks, 5 different knives, five glasses to go along with their meals and you had to know what to use when. That is not the case any more, at a four star restaurant they will bring you whatever utensil goes along with your meal at the right time.

What a Home French Meal for an Occasion Is Like Today

47:00 You start with Apéritif, which may take one hour. Then you get your Entrée which does not mean the same thing as it does in the US. In France the Entrée is the appetizer (you enter into the meal). Then you get your main meal, and for every part of the meal you get different wines to go with.

Men and women often prefer different traditional drinks. Women tend to prefer sweeter drinks and men often drink Pastis,  There may be a salad served at the end of the meal along with the cheese, but that is not done any more now.

In France, cheese goes with bread, not crackers. After the cheese you’ll typically get dessert, and later still, coffee. The whole process may take four hours because we take pauses between meals. It is strange how small water glasses are in France.

Differences Between French and American Restaurants

58:00 When you sit down in a French restaurants, they will not normally bring you ice water or bread or anything until they bring you the food you’ve ordered. Things are changing a little bit, but not everywhere.

French Style Service means that they bring you the dish, show you the dish, then cut it up for you, then bring you a little bit and bring you some more if you want more. It is really awkward for most people and it is unusual unless you’re at an expensive and probably starred restaurant.  In France we used to use knife rests, but they are unusual any more.

How French and Americans Hold their Knife and Fork

French people keep their hands above the table at all times and they can use bread to scoop food onto their spoon or fork. Most restaurants will not give you a bread plate, you can set your bread next to your plate. French people always eat their dessert with a spoon and not a fork.

French Tip of the Week and Listener Question