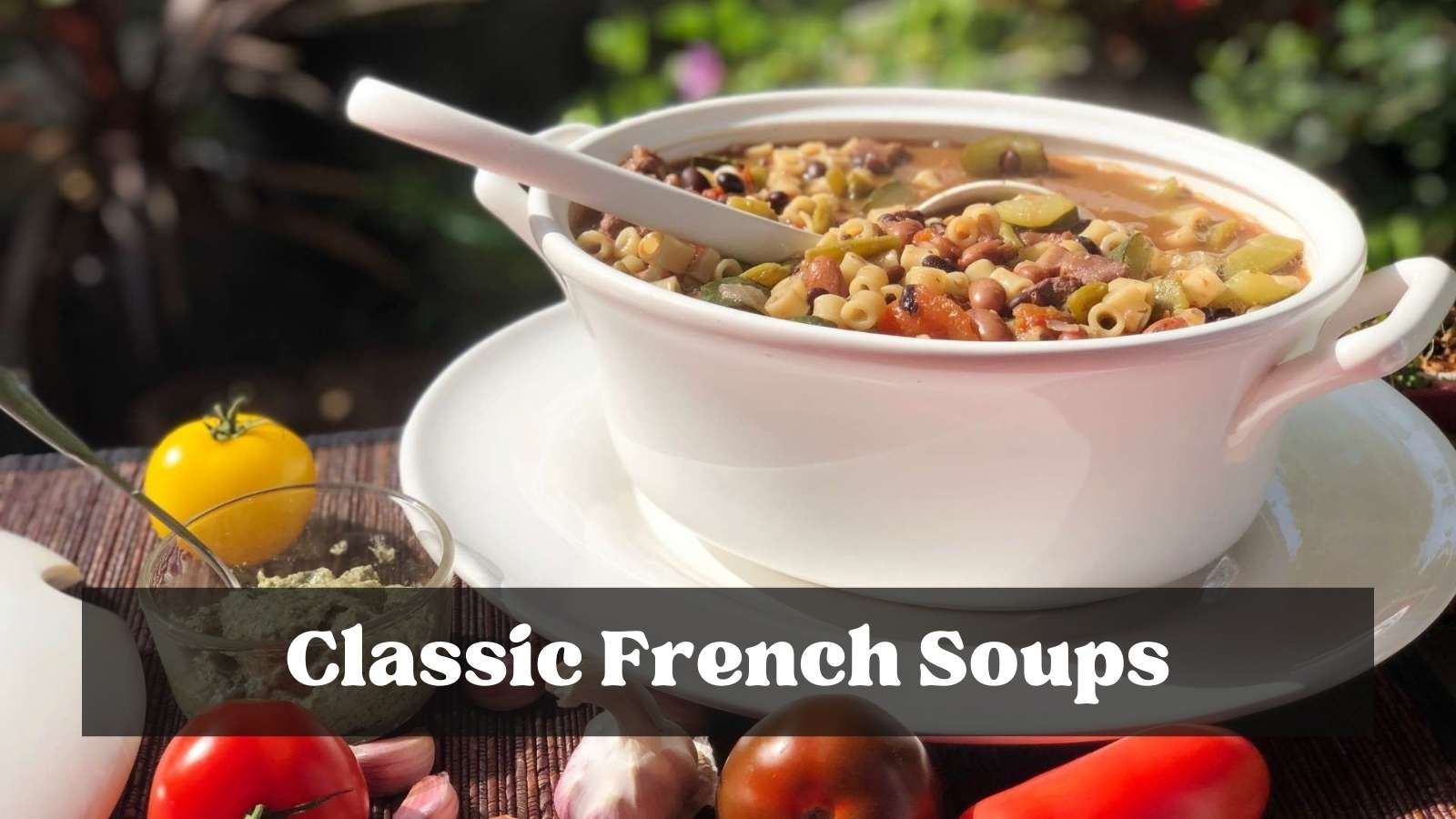 A Conversaion about Classic French Soups

Dipping your bread into whatever soup you could was the basis of everyday nutrition in France. It’s called « Tremper la soupe ». It was a broth with vegetables, meat if you had some, sometimes you cracked eggs into it as well. It was also customary to dip bread in milk, wine, cider, whatever you had. But for the longest time the biggest part of French people’s meal was bread to be eaten with something liquid. Historically, it was common for French people to eat 1 kg of bread per day which is the equivalent of 4 baguettes tradition.

A few facts about bread

How many kilos of bread do you think we eat each year in France? (58 kg) in 1900 it was 328 kg! It’s counter-intuitive but Americans eat a little more bread than French people every year. But that includes every sort of bread: bagels, pretzels, focaccia, pita, sourdough, all bread products.

There are 32000 boulangeries in France. How many baguettes do you think they produce every second? 320! Ten billion baguettes are made in France every year.

Emmanuel Macron would like baguette to the patrimoine mondial de l’humanité or World Heritage. But of course the baguette is relatively new as we explained in episode 324 of the podcast called A Conversation about Bread in France.

Famous and not so Famous Classic French Soups