My guest on today's trip report is Nicole Morin Scribner. She was born in Quebec and moved to the United States when she was 6. She always dreamed about visiting France and made her dream trip to France a reality in the summer of 2022.

Other members of her family had done the genealogy and she had learned that her French ancestor named Noël Morin was born in Brie-Comte-Robert in the 1600s and it is really close to Paris. She had to do some sleuthing to find out where the exact house was where this ancestor lived, and she found it with the help of the local mairie (city hall). She was invited to see the inside by the current owner!

Nicole and her daughter wanted to find some way to link their elderly aunts in Quebec because they were the ones who had kept track of family history. They took their picture with them and included them in their own pictures, and called them "The Matantes".

In this episode we also discuss biking in the Loire Valley and renting bikes one-way. They ended up renting bikes with OuiBikes and were very happy with it. It's a national company, so you can use them everywhere in France.

They rode Blois to Amboise and then Amboise to Chenonceau. They thought the village of Blere looks fantastic. Nicole cautions us about train crossings because trains in France go a lot faster than trains in the US. Don't mess with train crossings! The other thing you need to be careful about is speed limits.

Recommended in this episode

The podcast which name I couldn't remember is called Maple Stars and Stripes: Your French-Canadian Genealogy Podcast

More episodes about visiting France for the first time 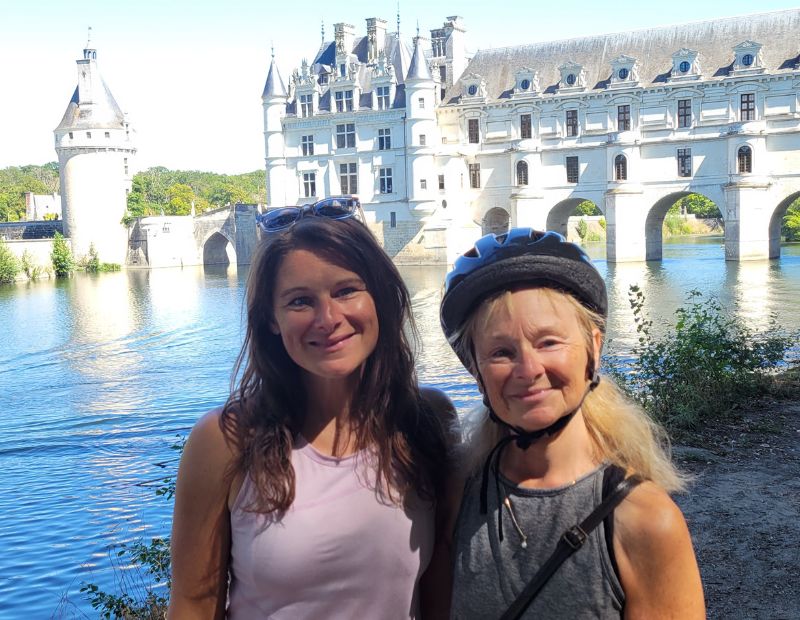