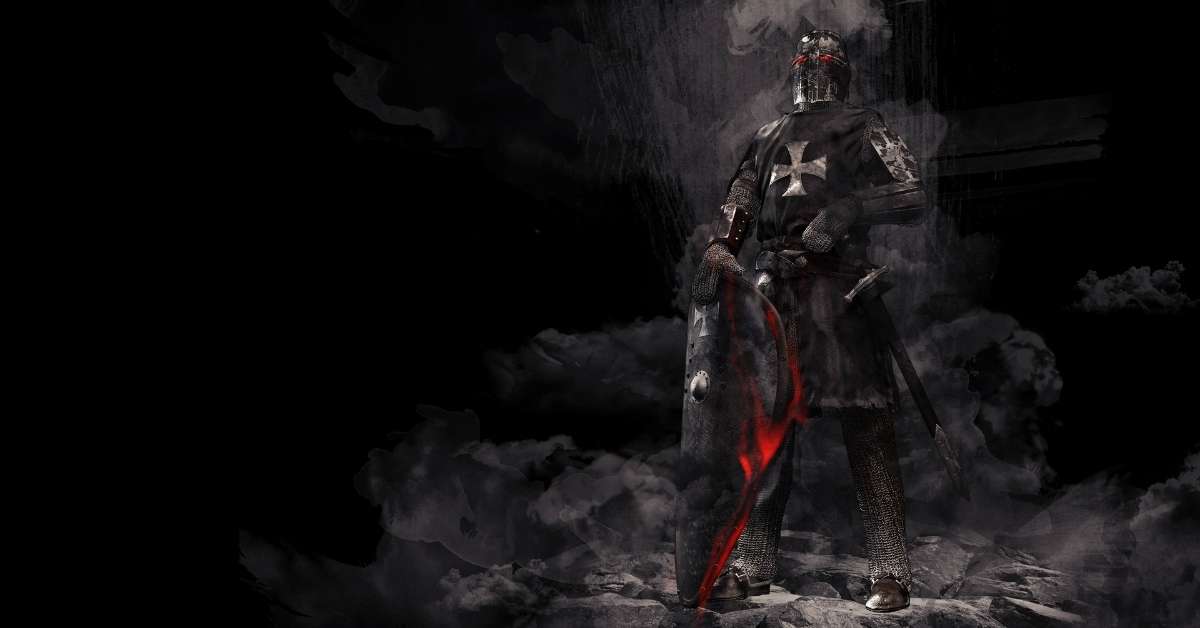 Knights Templar have a romanticized and exotic imagery attached to them. But reality is different from the lore that surrounds them. Annie Sargent and Elyse Rivin talk about it in this episode of the podcast.

The movie by Ridley Scott The Kingdom of Heaven is a great example of a romanticized version of the Knights Templar. But is is based on real people and things could have happened the way he showed it in this excellent movie. The events happened so long ago we have to fill in a lot of stories. What is for sure is that the Knights Templar were a reflection of their times and what was happening in French culture at the time. Let's talk about their amazing rise and precipitous fall.

For those of you who would like to stay in an old Commanderie, this one comes highly recommended by a fan of the show who's stayed there herself.

Who Were the Knights Templar in Reality?

Knights Templars were warrior monks. Their official start happened with the Pope in 1129. They had already been fighting for about 30 years by then, but they were recognized officially by the Pope at that time.

They were established as "the poor knights of Christ and of Solomon's Temple" but that was a mouthful so in French they started calling them "les Templiers" which means the ones from the Temple because their headquarters were in Jerusalem on the ruins of Solomon's Temple. This is the site of the Mosque of Al-Aqsa today.

A Brief Recap of the History of the Knights Templar

In the year 1009 there were different groups of Arabs from different parts of the Arabian Peninsula who were fighting one-another.  The group that took over and established a new Caliphate in 1009 was essentially Egyptian. When  they took over they closed the area down and would no longer allow Christians to enter their territory at all. This meant that Christians would be denied access to go worship in Jerusalem.

This was a big trigger for the start of the Crusades because Christians felt it was vital to be able to take a pilgrimage to Jerusalem as the birth place of Christianity.  In Western Europe the Popes had more influence and more money than any of the individual kings that reigned in Europe. That's why everybody listened when they called for reconquering the Holy Land.

Pope Honorius II decided to recruit knights as an army for himself. But he wanted them to first be loyal to defending the religion and then to defending the interests of the Pope. This order of Monks who were also skilled knights came to be known as the Knights Templar.

These monks had to pledge allegiance to the Church, be celibate and took a vow of poverty as well. But deep down most of them were knights and warriors first. In the perspective of the culture of the Middle Ages being a defender of the faith was an attractive proposition. Even better than ruling over a large prosperous dukedom or county because your reward would be great in heaven.

The Knights Templar Were Warriors First

It's sometimes difficult to understand if these were monks or warriors. It seems they were mostly warriors. For example, they helped to Pope try to retake southern Italy from the Normand.

This is a painted mural in the city hall in Toulouse that depicts the day when Pope Urban II came to Toulouse in 1096. His intention was to get the Count of Toulouse, Raymond V to go Crusade for him in the Holy Land. This was the first and most successful crusade that took place in 1099.

One of the odd behaviors of the Knights Templar is that they were supposed to shave their heads but they never washed. Imagine the impression they left for Muslims who were very clean!

Knights Templar were supposed to be self-sufficient. One of the things they did to stay afloat was to establish Commanderies the whole way between various points in France and the Holy Land. As pilgrims were now encouraged to go to the Holy Land, they walked  12000 kilometer to get there + a boat ride to cross the Mediterranean.

There were both rich and poor pilgrims going to the Holy Land and they needed protection from robbers. Pilgrims deposited money at one Commanderie, got a coupon certifying that had had deposited the money. Then were able to withdraw as needed in the local currency much like what we do with a bank today.

At the time, neither Christians or Muslims could charge interest (only Jews could do that) but they could exchange money and that's when the Knights Templar charged a fee.

The Templars had enough money to build their own fleet of boats (they charged passage) and they also transported cargo around the Mediterranean for a fee.

They reinvested their earnings into fortified buildings called Commanderies all over France. Commanderies were a place where pilgrims rested from their travels and where knights could manufacture goods to sell and influence local Lords on behalf of the Pope.

Another way the Knights Templar made money was by selling relics. They are the ones who sold Jesus' Crown of Thorns to Saint Louis. This was great business and they became extraordinarily wealthy.

There  are still a lot of Commanderies left in Europe that you can visit today. There are some in England, France, Germany, Spain and Italy. The best preserved Commanderie in France is near Meaux.

The Downfall of the Knights Templar

For 200 years all the Knights Templar did was beat everyone in battle and make incredible amounts of money. As you can imagine, this led to resentments. After 1291 and the loss of the 9th crusade, both the Pope and the French King thought this might be their chance to get rid of them.

After many exchanges between the King of France Philippe le Bel and Pope Bonifacio VIII, Philippe finally announced to the Pope that he would dissolve the order of the Knights Templar.

The Pope claimed the King of France had no right to dissolve a religious order, but that didn't stop him. Philippe le Bel arranged to arrest all the Knights Templar he could grab by surprise on the same day.

The only way to subdue a group of men who were essentially killing machines was to take them by surprise and that's what the King of France did. The King ordered Jacques de Molay arrested along with hundreds of other Knights Templar. He had several of them burned at the tip of the Ile de la Cité in the park we call Vert Gallant today. The others were killed all over France anywhere they could find them.

All their possessions were taken by Philippe le Bel and gave them to the Hospitaliers Knights who were in competition with the Templars all along. The Hospitaliers still exist today.

More About Popes in France | Saint Louis & The 5th Crusade