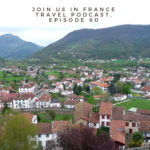 An Exploration of the Basque Country: The People

The Basque people have been settled in this area for a very long time and have kept their language intact in ways that other peoples in this area have not.
The Basque Country is both in France and Spain, it includes a slice of the Pyrenees mountains and as you travel from one side to the other the today’s language changes from French to Spanish, but the Basque language remains the same.

The Nationalist Independence Movement in the Basque Country

This area has a long history of nationalist independence movement which took a violent turn in the 70s and 80s, and we’ll talk a little bit about that at the end of show. We’ll concentrate on the French side of the Basque Country because that’s the side we know best.

The Basque Country is rolling hills, green, sheep country, it’s very lush and mild. It’s a great area for hiking with lots of small villages. The Atlantic sea-front is also wonderful with some great surfing.

Emblematic Places in the Basque Country

Today we are going to concentrate on three emblematic places in the Basque County. The first is Saint-Jean-de-Luz, which is very close to the Spanish border. The town right on the border is Hendaye, where you have to change trains if you get the train into Spain from France. Saint-Jean-de-Luz is a major resort on the Atlantic, it’s on the coast near the Rhune mountain.

The Rhune mountain is 905 meters high and is really beautiful. As a side trip while visiting the area you can take the small D4 departmental road (from Saint-Jean-de-Luz follow the Ascain then Col de Saint Ignace/Sare direction) that takes you to the top of the Rune mountain and it makes for a wonderful drive. Or, you can get to the top with a local “crémaillère” (rack) train pictured here.

Saint-Jean-de-Luz was the home of sailors loyal to the French king, mercenaries who worked for the king, pirates who shared their loot with the king. They went after the riches of the king of Spain. In the XVI there was a truce between France and Spain and the Corsaires had to take their trade elsewhere to the coast of North Africa in the Mediterranean.

On June 9th, 1660 the young Louis XIV was married to his first cousin (first cousins on both the maternal side and the paternal side!) l’Infante Marie-Thérèse. They were both 21 at the time. Marie-Thérèse was very pious, mostly spoke Spanish, and had ten children with Louis XIV. The royal marriage took place at the Saint-Jean-Baptiste church which is one of the places you should visit while in Saint-Jean-de-Luz.

Saint-Jean-de-Luz being so lovely became a place for “villégiature” or place to rest. Saint-Jean-de-Luz was wiped out three times by tidal waves over the centuries. Today it is well-known as a surfing town on account of its waves. The ocean is colder and rougher than the Mediterranean.

Food specialties are sheep cheese, lamb, seafood, and fish. Saint-Jean-de-Luz is a popular, expensive town. The town is on the Saint-Jacques-de-Compostelle pilgrimage as well, which means it has been visited by tourists for hundreds of years.

How Long to Spend in Saint-Jean-de-Luz

If you wanted to be in-and-out of Saint-Jean-de-Luz, you could see the highlights in half a day, but it’s worth spending a day there, especially if the weather is nice and you can enjoy the beach.

Elyse tells us the story of the battle of Ronceveaux and why this scenic little village has the word “port” in its name when it is not on the ocean. La chanson de Roland, one of the oldest books written in the French language that we still have today, is about a battle that took place in 778.

It’s a gorgeous little town with a lot of red and white, lots of visitors in the summer, they have a festival for their piment d’Espelette. There’s a little church you can visit called Saint-Etienne, a castle with white walls. It’s a lovely place to spend half a day. 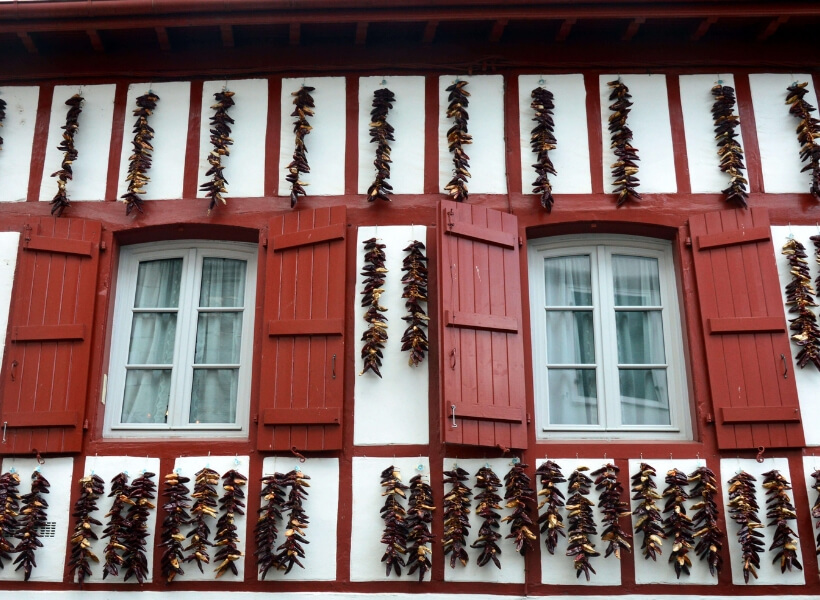