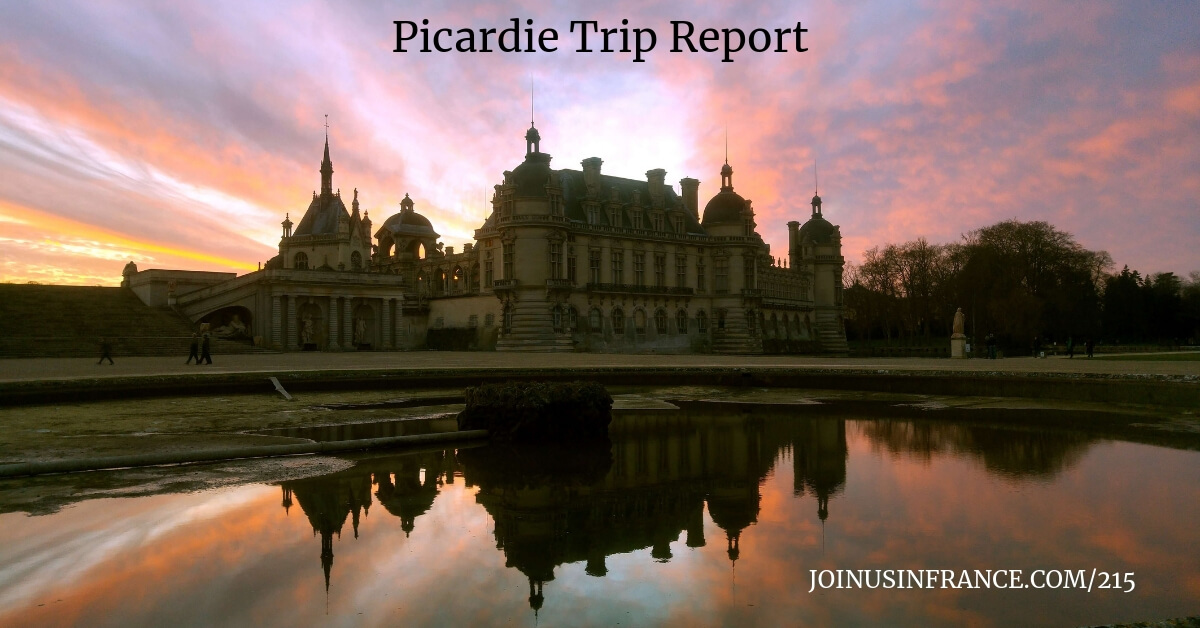 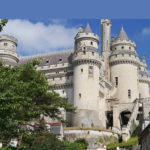 Compiègne Where WW1 Armistice Was Signed

French, English and German officials met to discuss a possible capitulation of the German to put an end to WW1. This was done in a remote location in a railway cart. You can go visit a reproduction of this event in Compiègne.

The Armistice was signed at the 11th hour of the 11th day of the 11th month of the year. The Treaty of Versailles was signed 6 months later and included more countries.

Pierrefonds and Its Beautiful Castle

Pierrefonds is a small town of 2000 people and is the home of a medieval castle that’s been renovated in the Renaissance style by Napoleon III inside.

Roadway that runs on a ridge between the Aisne and Ailette rivers. It used to be the direct road between Paris and the Chateau de la Bove which belonged to a former mistress of Louis XV. It was paved in such a way that the road would not be too rough on the ladies.

This ridge was also very strategic during several battles of WW1 because it is a little bit higher and allows for a view.

Limestone quarry that became underground barracks during WW1. You can tour it. The Germans occupied this area for many months and the re-captured by the French. The tour takes an hour and it is a haunting site for WW1 history.

William visited the Champagne de Castellane house where you can book a tour.  The town of Epernay is also really interesting and there are long tunnels of cellars.

This is the 19th largest church in the world and it was built between 1220 and 1270. Amiens is a nice city, has a nice train station, nice offerings of restaurants.

They also went to see “Les Hortillonnages d’Amiens”, a nature preserve with an electric gondola tour. Sounds interesting and whimsical.