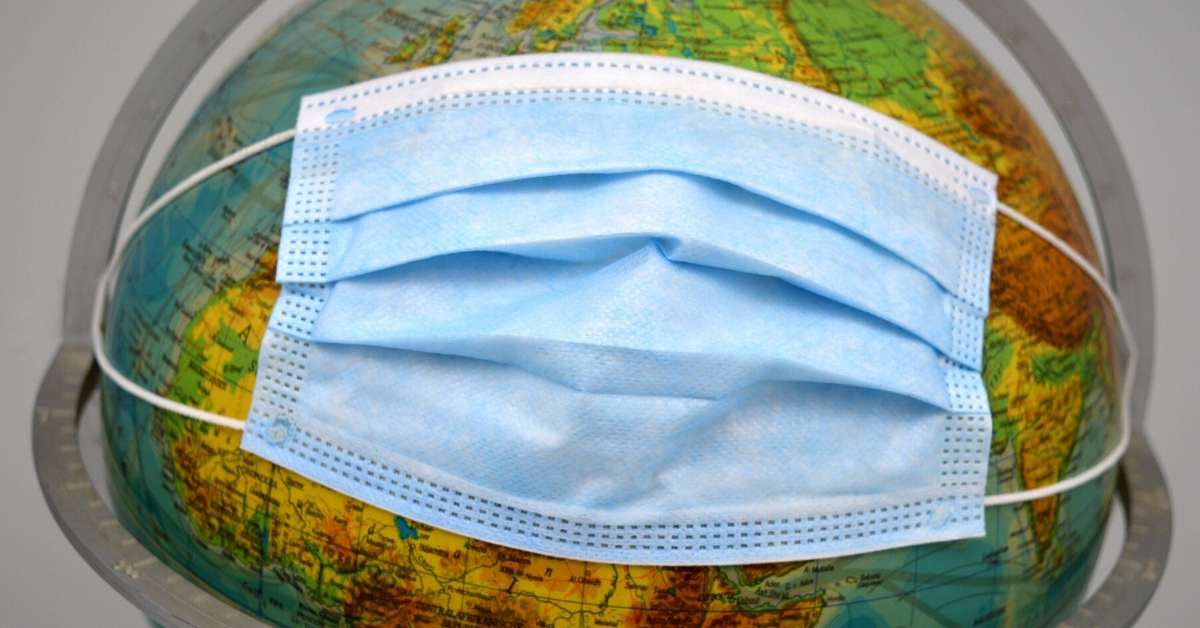 In today's episode of the podcast Annie and Elyse ask: Will Covid-19 change France? It is hard to imagine that it wouldn't, but how? As full-time residents of France we talk about some of the things we expect to happen going forward in France.

We start the show by wondering how a large institution like the Louvre Museum might adapt. And how about taking tours while visiting France? Will we ever see a flock of people gather around a tour guide? Will we all need to use audio guides?

Another big question is will French people continue to kiss on the cheek? And if we can't "bise" one-another, what will we do instead?

An even bigger question is restaurants and cafés. Many French restaurants are so small they cannot possibly carry on as before. Will they all go take-out? Will we mostly eat on terraces? Can small mom-and-pop restaurants that are so common in France survive this epidemic?

As you can see, there's a lot to talk about, so click play and let's go!

More info on liFe in France with Coronavirus

How will the pandemic change France?

There's no way a traumatic event like the Covid-19 pandemic can leave a country unscathed. We think these are the ways life in France might evolve going forward.

Will French people Look at their Phones More?

You know how when you went to restaurants and cafés in France few patrons were looking at their phones? That’s probably going to change. Even people who were reluctant with technology have had to start using What’s App and Zoom and some even see the value of being on Facebook to keep in touch now!

Netflix Is Now Normal in France

Netflix now has 10 million subscribers in France. That’s huge because there’s only 65 million of us! Same for subscriptions to video games platforms. Not a lot of French kids were hooked on those, it has changed!

What About French Schools?

French schools were not setup for distance learning, French businesses didn’t like the whole idea of working from home. That’s had to change and I think there’s no turning back. People who were hesitant to order things online now all do it.

There Is No Such Thing as a "Menial" Job!

At the same time, we’re now more aware of how important “menial jobs” really are.  We’re mighty glad the utilities are running, the food supply hasn’t been disrupted (besides a few runs on specific items and those didn’t last), the garbage is getting picked up and the police is keeping an eye on the population.

And of course, health care professionals have our increased respect and admiration. We never saw them as “menial jobs”, but sometimes in the French system they were on the receiving ends of big budget cuts.

Hospital Beds Are a Precious Resource

It’s actually under the presidency of François Hollande that they started looking at unused hospital beds and reducing staff in hospitals. That increased the workload for the ones who kept working and caused protests. I don’t think French politicians will get away with cutting staff at hospitals for a long time going forward. Health care is not like other services. Making it trim and efficient can back-fire and it did in this case.

French people are now painfully aware of the fact that we’re relying too much on Chinese imports, especially for things like medical supplies. I think much of that production will come back to France even if we’re not able to produce as cheaply as they are. You’ve got to pay French workers more than Chinese workers, but then you have much better control and that’s worth a lot!

When I moved home to France after spending 18 years away, I felt that French people’s idea of personal space was way too small. Maybe that will get better? Please make it so powers of the universe!

As the pandemic started lots of people left large cities to go stay in the countryside. It is estimated that in the Paris metro over a million people left to go to that tiny village in rural France where their grandparents used to live and where they kept the house because it wasn’t worth selling. But in a pandemic having a place in the country where you can go wait the virus out is a huge advantage!

And since we have pretty good data and internet coverage in France even in small villages, I think some of those people may not go back to the big city, especially if they have kids and if they can telecommute. It’s not going to be huge numbers, but French villages will get a few new full-time inhabitants.

We Can See Our Impact on Nature

And, lastly, I think French people will become even more aware of our impact on the planet. We all stopped running around endlessly and our environment got quieter, the air got cleaner, we saw more wild animals, and we liked it, we want more of that.

Will City Dwellers Go Back to Using the Metro?

But–this is the other side of the coin–city dwellers will want to avoid public transportation. If we let them, they’ll all buy a car. That would be a disaster. So, I hope the mayors of large cities take this threat seriously and incentivize people to ride a bike or telecommute instead. And also make sure people are not packed like sardines in the metro or the bus!

Staggering work hours may be part of the solution here and French bosses have not been open to that idea in the past, but in large cities it might become necessary. And more telecommuting, of course.

Contact-less payments once thought to be silly and even suspicious (some people carry around metal-lined wallets to prevent someone from charging their card by mistake!) are now a good thing!

Will this convince the minority of French people who are “worried” about vaccines that maybe they should stop listening to Hollywood celebrities and trust science?

More Episodes About Life in France