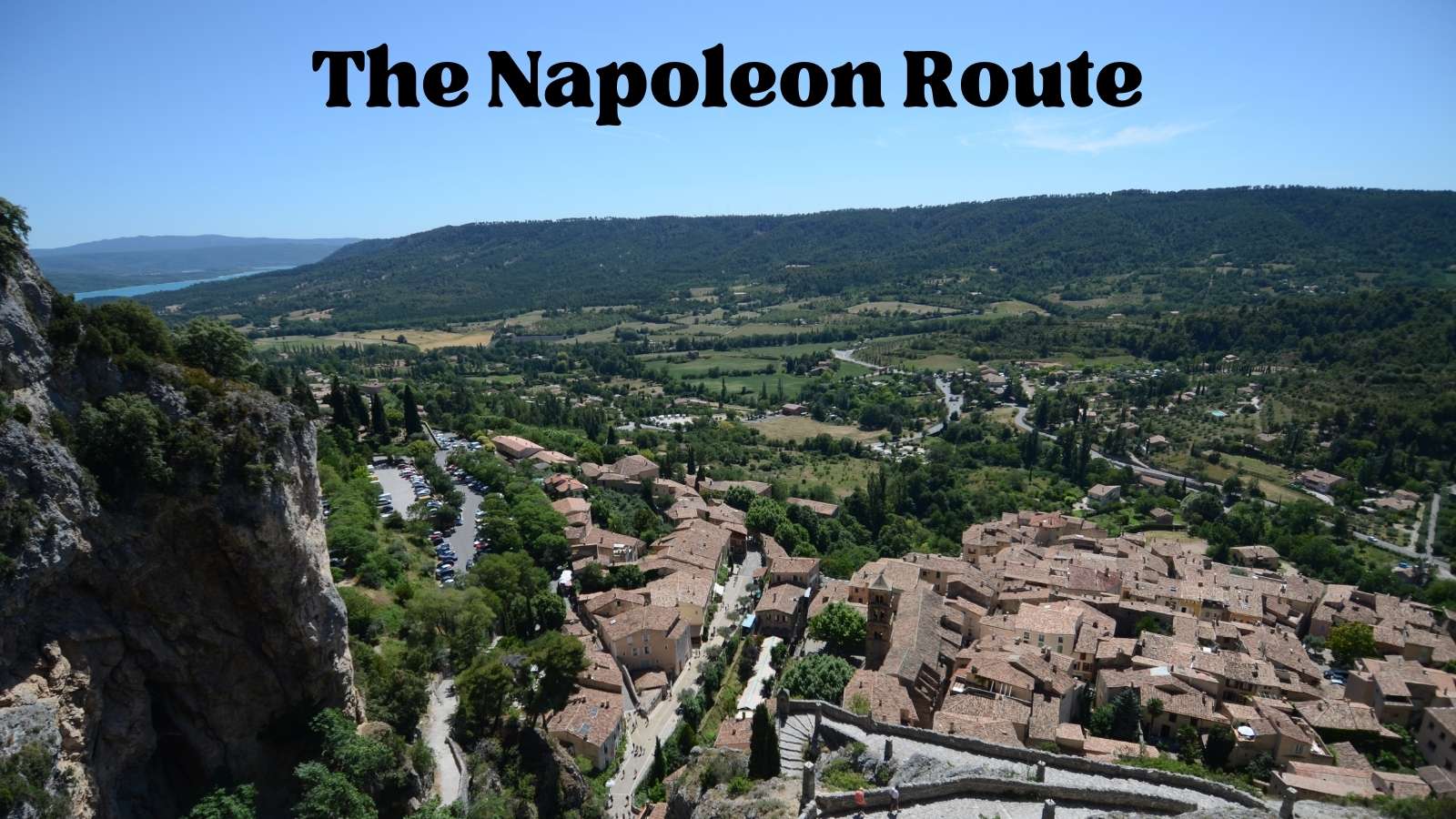 Today Annie Sargent talks with Brian Revel about a trip he took in France with his father on the theme of the Napoleon Route.

What is the Napoleon Route?

The Napoleon Route tells the story of Napoleon trying to regain power in 1815 after being forced to abdicate and his exile in Elba. Elba is a small island in the Mediterranean between Corsica and Italy.

Napoleon was able to organize an escape by rallying between 2000 and 3000 men and getting on a ship. They regained the coast of France and landed at Golfe Juan, now usually called Antibes Golfe Juan, very close to Cannes. Most people drive it between Cannes and Grenoble.

Napoleon wanted to get to Paris to topple Louis XVIII as soon as possible, but he had to avoid royalist troops so he made twists and turns.

The Villages on the Napoleon Route

This route takes visitors from the Mediterranean all the way to Grenoble in the Alps. It is spectacular because the landscapes are ever changing and often breathtaking.

The big hits are the village of Castellane in the Verdon, Tauleanne, Senez and Barrême, Chabrieres, Sisteron, Gap and all the way up the Rhone.

And since it's all tied to the steps of a fallen Emperor making his way back up to Paris to reclaim what he saw as his rightful place makes it a wonderful story.

Accommodations Recommended in this Episode

For a Deeper Dive into the Napoleon Route

The authentic way to retrace the steps of Napoleon is to walk it. This is the walking path between Castellae and Sisteron called GR 406.

You'd rather ride or drive it? Look for la Route des Grandes Alpes between Lac Léman in Switzerland and Nice.

You get the idea, there are many ways to do this!

Brian spent Bastille Day in Paris and shares tips on where to stand to watch the parade. It is also quite different in Paris than in other parts of France.