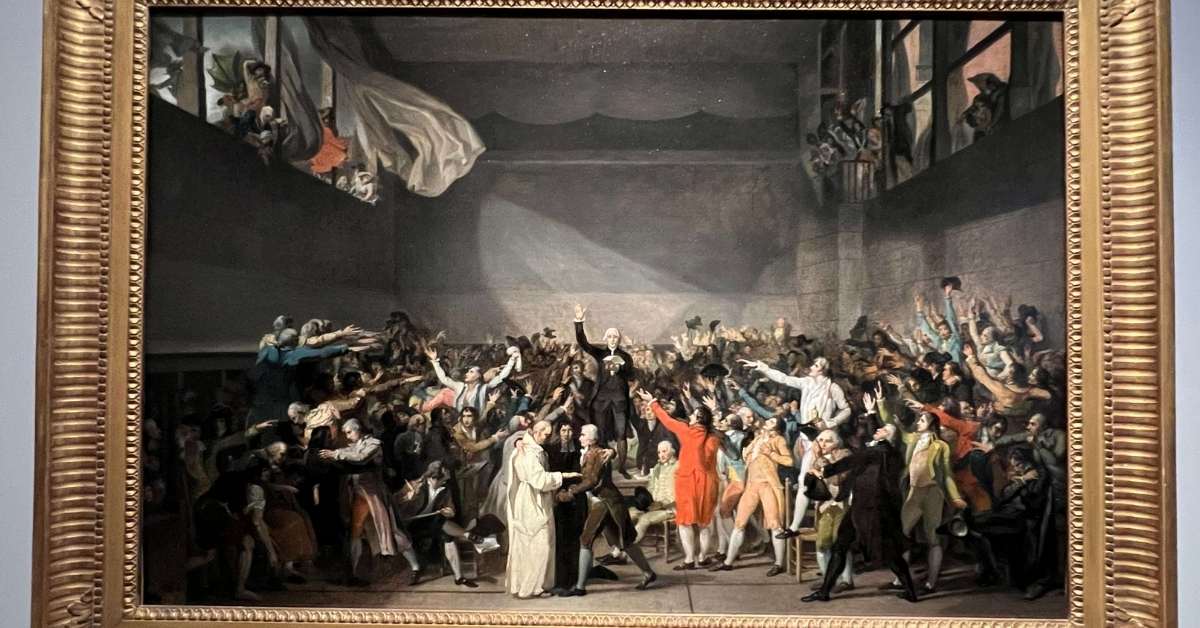 My guest on this episode of the podcast is historian Suzanne Levin and we discuss common misconceptions about the French Revolution.

The French Revolution didn't happen in a vacuum. In this episode, let's set the stage for what happened and why.

In the "pop history" version of the French Revolution there is a tendency to compress events into ridiculous simplifications such as "one day peasants got angry and started chopping the heads of Royalty, the end."

Another version goes a little more in-depth. The way the French Revolution is often taught is that there are 3 moments:

What we're trying to do with this episode is fill in many important details while still keeping an eye on the big picture.

The questions we tackle about the French Revolution

In this episode Suzanne Levin sets the stage for the French Revolution, and touches upon all of the following questions.

What are the 3 estates and what's at stake for all 3 groups?

What did French peasants want? What mattered most to them and how do we know that?

Did they king pay any attention to the demands of his people?

Is it true that there were vastly different rules depending on where you lived in France? Did each area have its own money and measurement system? What were the different "parlements"? Why were people supposed to represent themselves in criminal court?

Did Marie-Antoinette ever say "let them eat cake"? When they wrote the first Constitution a major question was the role of the king. Was he supposed to get a large stipend? A cabinet? Veto power? Would Louis XVI accept a role as a constitutional monarch?

Why did the king and most aristocrats not accept even moderate reforms? Was this a peasant Revolution or a Parisian Revolution? What was the worst decision Louis XVI made? What made people wonder if we needed a king at all?

What was the role of the émigrés? Why did the revolutionaries declare war on Austria? What was Lafayette's role in all of this? What about the clergy? Why didn't the king just default on the debt? Why was the church so rich in France?

We end this first part of our conversation on how France now has foreign wars, civil war and an Assembly who wants a way to retaliate. They want to punish  generals who help the enemy rather than obey orders, put an end to all the corruption scandals, etc.