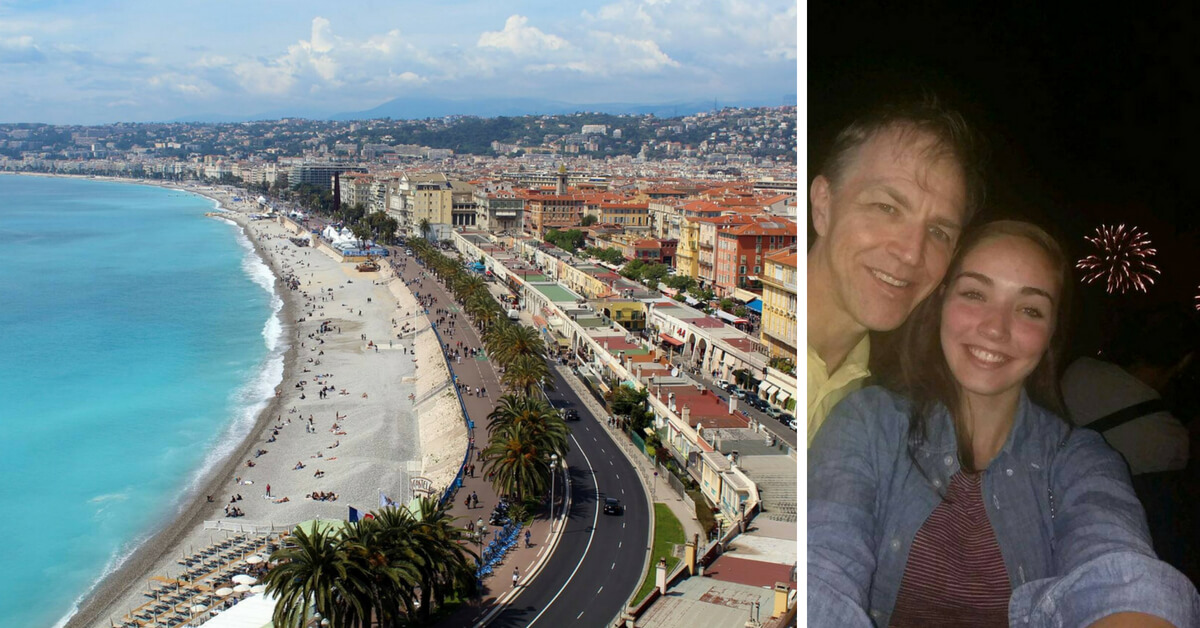 Steve Stegman and his daughter Sarah were caught in the terror attack in France that happened in Nice on the night of Bastille Day 2016. Steve came on the podcast a few days after these events to share his perspective on this terrible attack.

About Steve and His Daughter

Steve is a fan of the show and sent in a question about visiting the south of France that I answered on Episode 91. At the time he wanted  to know about beach attire in France, recommendations on where to visit, rent a car or not.

Then, a couple of days after the Bastille Day attack in Nice I was shocked to get a Facebook message from him indicating that he and his daughter were in Nice watching the fireworks and got caught in the mayhem.

The Real Price of Terror Attacks

As they relate in this episode, they were lucky not to get hurt. But 84 people died on that day, and many more were injured. Steve and Sarah tell us what happened and how they are grateful to the people of Nice who stepped in to assist. 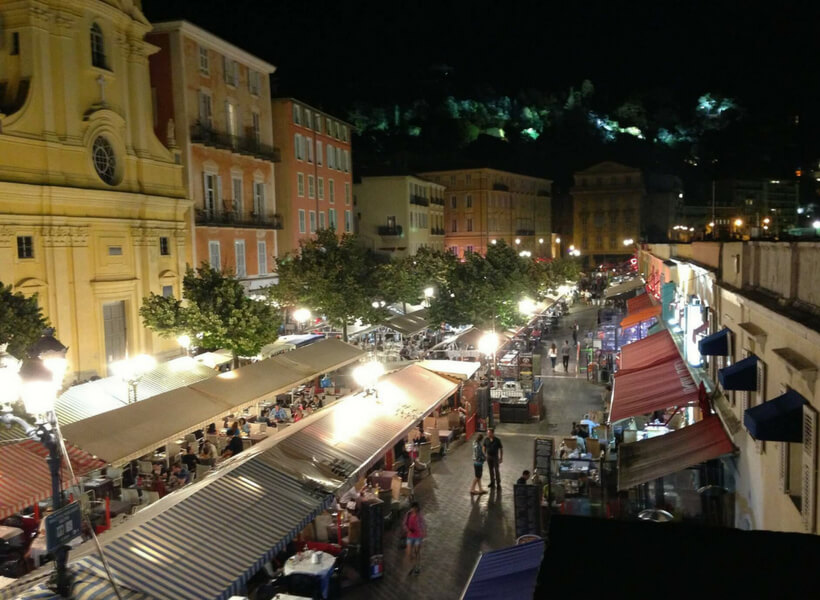 Going forward it is likely that large gatherings will be under more control and surveillance. We will see more police and military force everywhere. French people are not used to that and complain bitterly about the smallest inconvenience, so we are going to have to change our ways.