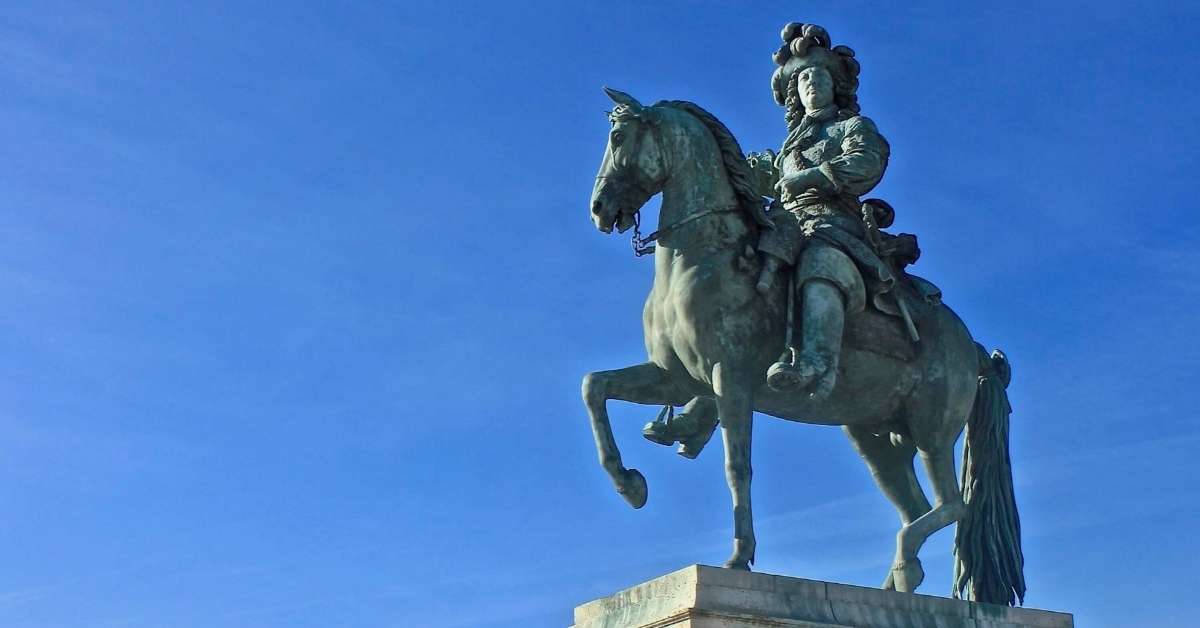 In today's episode Annie Sargent talks to Jason Sager about the difficult relationship between French Kings and the Catholic church. And we couldn't get through this topic without talking about the French Wars of Religion.

And it’s not just Kings, all of France has a complicated relationship with the Catholic church, even today! Just this morning I was talking to one of my neighbors and she brought up the fact that she goes to church regularly but she’s not a grenouille de bénitier. I bet you’ve never heard that expression.

A grenouille de bénitier is a person who goes to church so much that she’s compared to a frog who lives in the font where they keep the holy water at the entrance of a Catholic church. You don’t have an expression like that in English, do you? That’s because as far as I know there is no English-speaking country where being a "churchy" person makes you stand out as an odd duck. You’ll get a heavy dose of French history and French culture in today’s episode.

French People and the Catholic Church

To set the stage, in the early 1500s world-wide you have Columbus sailing off from Spain. A lot of Chateaux were being built on the Loire Valley. François I wanted to be Emperor (but didn't manage). Leonardo da Vinci moved to France. But this is also the time when the wars of religion were happening in France.

Martin Luther's reformation also happened at that time. 1517-1522 is when he was excommunicated from the Catholic church. This began as a German reformation movement but it moved into France rapidly with John Calvin particularly who started his own reformed church in France. French Protestants are known as Huguenots in France.

This is something French Kings didn't like to see because they saw themselves as the protectors of the Catholic faith and they didn't want to see a different religion thrive in France.

And the Huguenots religion spread very quickly in France, which made it an even bigger perceived threat. By 1560 about 10% of France was already Protestant.

Members of the nobility also converted to the new religion. A lot of Bourbons were Protestants. The King of Navarre became a Protestant. Henri II before he died in an accident established a "chambre ardente" with the goal to eliminate the Huguenots from France. He died too soon to see if it worked. By 1560 there were already a lot of Protestants in France.

France was supposed to be "la fille ainée de l'Eglise" or the eldest daughter of the church. François I wanted to be called "the most Christian King" to reinforce his relationship with the Catholic church. Henry XVIII in England wanted the title "defneder of the faith" from the Pope to establish himself as an equal to the French King.

By 1560 there are a lot of tensions between the Catholics and the rising Protestant minority in France. When Henri II died an untimely death it rattled the structure of power in France. He had 3 sons, but they were too young, so his wife, Catherine de Medici, became the regent. She was terribly unpopular because she was Italian and also a woman.

The king, François II was the official king, but he was always in poor health and died of tuberculosis 18 months into his reign. His brother Charles IX succeeded him, but he was also too young to reign by himself. The situation was volatile and uncertain, especially when you take into account the high level of religious strife.

The Duc de Guise went through the town of Vassy where Protestants were allowed so long as they didn't worship within the walls of the city. He realized that they were breaking the law and worshiping inside the city. He sent his men to stop them from doing so and a firefight broke out.  Several Protestants were killed and this is one of the events that ignited the French Wars of Religion.

This event is what convinced the Condé family and the Bourbons that it was time to take up arms to defend their Huguenot faith.  The Wars of Religion were a series of civil wars that went on for about 40 years.

The St. Bartholomew's Day massacre took place under Charles IX in August 1572 and it's a bit of a mystery what started it. The Admiral Gaspard de Coligny (who was a Protestant and had been advocating for war against the Dutch) was shot but not killed. And this set off a chain of events between Protestants and Catholics that turned Paris into a powder cake.

It is probable that the King himself sent a message to kill all Protestants on the night of August 24th. He might have done that because his sister married into the Navarre family (who were Protestants) and a lot of high-ranking Protestants were in Paris for the occasion. He was hoping to eradicate the new religion that way.

About 3000 Protestants were killed that night in Paris alone and another 10,000 died all over France in the next couple of weeks. The level of indiscriminate violence the Catholic forces used against Protestants is shocking.

The Wars, Massacres and Troubles of Tortorel and Perrissin is one hard to find book that illustrated the horrors of the St. Bartholomew's Day massacre.

Henri IV and the Edict of Nantes

Henri IV was raised a Protestant and only became a Catholic to suit his political needs. The Edict of Nantes was signed in 1598 and that's what attempted to give some freedom to practice the Protestant religion. The Edict of Nantes is seen as the official end of the Wars of Religion although it was rescinded by Louis XIV one hundred years later. In a sense the Wars of Religion didn't end until the late 1600s.

Were the Wars of Religion truly about religion or were they a political conflict between powers?  It was probably both. The noble families were using religion as leverage to gain power. But there was also a lot of religious fervor at the time and a lot of violence was perpetrated by people who were acting out of fanaticism. There were people who saw their neighbors as a cancer just because they didn't share the same religious beliefs.

Henri IV was assassinated by a Catholic, Ravaillac, who didn't believe the King had truly converted. He is followed by another Regency (by his mother Marie de Medici) and then Louis XIII. Louis XIII is the young king who hired strong man Cardinal Richelieu to help his side-step the power of his mother.

Both Jean Arnoulx and Richelieu wrote in opposition to the Protestant religion. They wanted to secure the support of the Catholic church for the French King because in the past the church said they weren't doing enough to get rid of the Protestants.

There were pamphlet wars in which people accused one-another of being bad subjects to the King (and therefore bad French people) because they weren't Catholic. In their view, in order to be French you also had to be a Catholic.

The retort to that was that no Protestant had killed a French King yet, that it was crazy Catholics who did this sort of thing. Catholics never had a good response to that because it was indeed true.

The Catholic Church in France

Even today when you visit France, you will see that there are giant Catholic churches in tiny villages. That's because everyone went to church back then.  The Church was the biggest organizing force in French life until the Revolution and by then French people truly hated the church.

French Kings since Clovis have been defenders of the Church, so when the Monarchy went, the church went with it. Jean Bossuet, under Louis XIV said the King was the representative of God on earth.

Everybody in France, even Victor Hugo, though that the Kings represented on the facade of Notre Dame were the French Kings. In reality they were the Kings of Israel.

There was a complete conflation of church and State in France until the Revolution. And then the divorce was brutal.

Louis XVI got in big trouble with the people of Paris because he didn't want the priests to have to pledge to the new Constitution. And this is one of the major reasons why he didn't survive the Revolution, because he was seen as continuing to side with clergy. 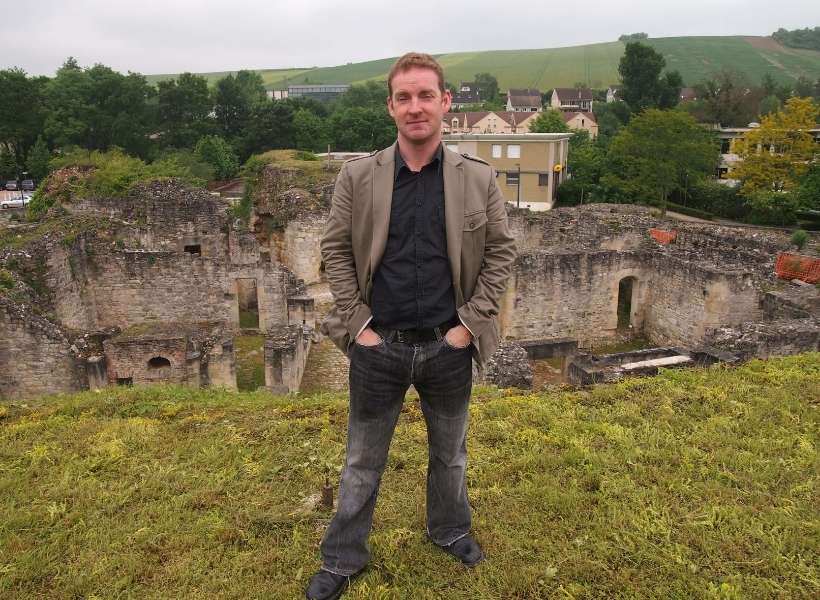