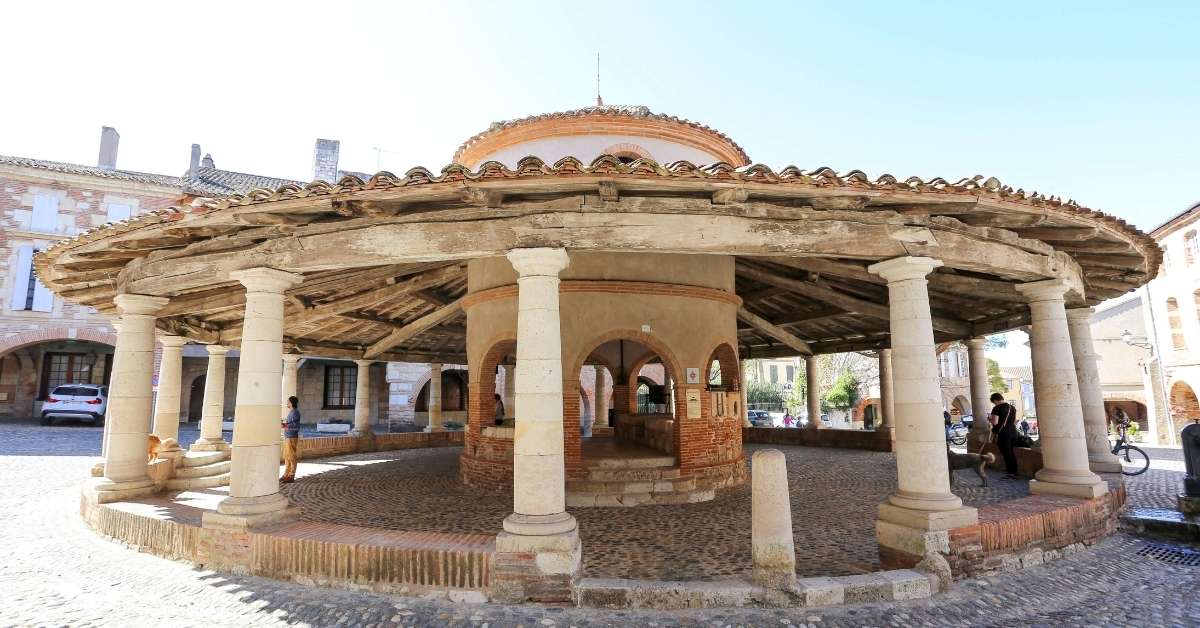 Today Annie Sargent brings you a conversation with Elyse Rivin who is a licensed tour guide about Auvillar a gorgeous village in the southwest of France. I think you might just want to put Auvillar on your list because while it’s off the beaten track, it’s hard to find a more scenic place.

Auvillar is in the Tarn-et-Garonne department (number 82). The village built on a promontory with the Garonne river flowing below. There used to be an oppidum there under the Romans, from the top it's easy to keep an eye on possible invadors! A lot of things have been built on top of the oppidum in the meantime, there is nothing left of the oldest settlements.

There are a lot of B&B, Gîtes and Chambres d'Hôte to choose from in Auvillar, as well as a few hotels nearby.

What has made this village wealthy is that it makes for easy access to Bordeaux from the river, making commerce easier for everyone. The Garonne river is easy to navigate in this area. You can visit the area where the old port used to be. There isn't much to see there, but there are picnic tables where you can enjoy a meal by the water and the view towards the old one-lane bridge. 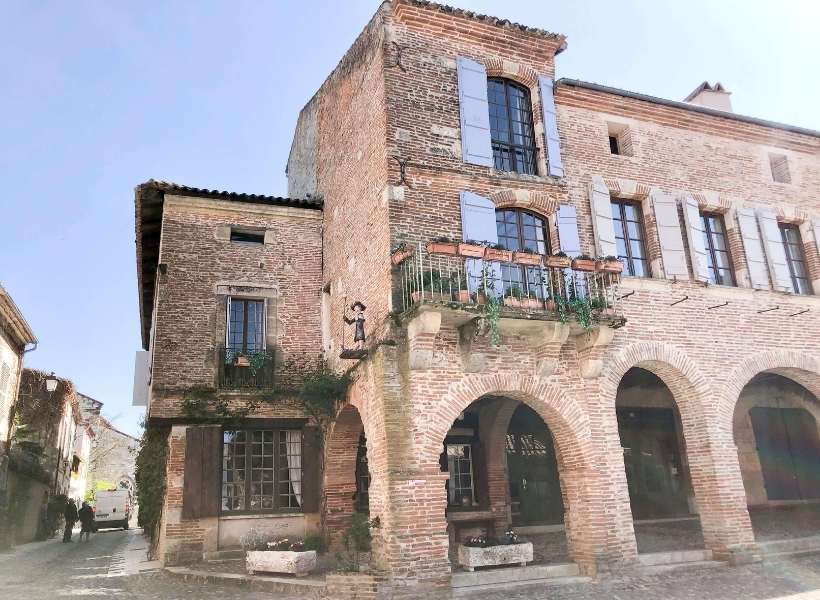 There is a museum dedicated to river transportation in the clock tower in Auvillar in the village. There is also a massive boat anchor bolted to the wall on the outside of the Mairie. Auvillar became part of the kingdom of France in 1589 under Henri IV. One of the things that made the village prosperous in more recent times is that there used to be a porcelain factory there. There also used to be a factory that turned goose feathers into plume pens and other writing implements.

On the day Annie went there was a motorcycle club visiting the village and also a lot of camper vans. This was not a sleepy village even though she saw it on a day when we were still under heavy Covid restrictions and everything was closed.

The village is now a bit of an artist colony with lots of little shops and a place that's popular for writing residencies. Authors live in the village for a few months so they can concentrate on writing. It is a popular place to go on a writing retreat in France.

During WWII only two French Catholic bishops spoke out against the deportation of Jews and whoever else the Nazis considered to be undesirable. One of them was the Archbishop of Toulouse Saliège and his friend the Bishop of Montauban Pierre-Marie Théas.

There was an Ursuline convent in Auvillar and Bishop Théas was good friends with the Mother Superior Marie Placide (born  Brigoux). Together, and with the help of all the nuns, they were able to save about 50 Jews from a certain death by hiding them in the convent or sending them to nearby farm houses. Annie did not see a memorial to this event in the village, but everything was closed.

The Circular Covered Market in Auvillar

Most villages in France had a covered market, but what makes the one in Auvillar special is that it is circular. Assembling wooden beams to make a circle required special skills, but it is more practical and it makes it scenic.

This village was an important stop in the pilgrimage to Compostelle and there are several nods to that around the village. There are still accommodations for pilgrims in Auvillar.

Don't miss the overlook from which you have a great view down to the Garonne river and the Golfech nuclear power plant. The clock tower was built in the early 1600s under Louis XIV. The circular marketplace was renovated in the early 1800s but looks quite old. This village was never a bastide town (it became prosperous later than the bastides of the Southwest) but the church is not directly on the market area.

Despite that Auvillar has the feel of a bastide because there are archades and plenty of room to conduct business away from the front steps of the church.

More episodes about the Toulouse area

News About Travel to France

What about travel to France? France will re-open to foreign visitors on June 9th as announced. But when I announced we didn’t know how this would work exactly and now we know. The rules will change depending on the country from which you are travelling and whether you are vaccinated or not. I’ll summarize these rules for you now and you can read through this in the show notes because you probably won’t remember all of that.

There are green, orange and red countries. I suppose countries may go from one color to another depending on what’s happening with the pandemic, but it’s not going to switch quickly because turning a pandemic around is a long process.

Today (June 5th, 2021) green countries are ALL European countries (which does not include the UK since they’ve removed themselves from Europe), PLUS Australia, Israel, Japan, Lebanon, New Zealand, Singapore, and South Korea).

Most countries in the world are in the orange category which includes the US, the UK, and Canada. I won’t list them all, but if you’re not green and you’re not red, then you’re orange.

If you’re from an orange country those who are fully vaccinated will need proof of vaccination AND a PCR test that’s less than 72 hours or antigen less than 48 hours. People from orange countries who are not vaccinated cannot come to France unless they have a pressing reason. I’ve talked about those before so I won’t go into it right now, but let me just say that coming to France for fun or for travel is not a pressing reason.

Also, worth mentioning that if you’ve been vaccinated with a vaccine  that’s not approved in the EU (the Chinese and Russian vaccines come to mind) then it’s like you’ve not been vaccinated at all.

And what goes around comes around. I’ve been vaccinated with AstraZeneca which has been approved in Europe but not in the US, so I suppose it’s possible the US will not consider me to be fully vaccinated. I’ll have to see how this shakes out which is fine because I won’t try to go back to the US for several months.