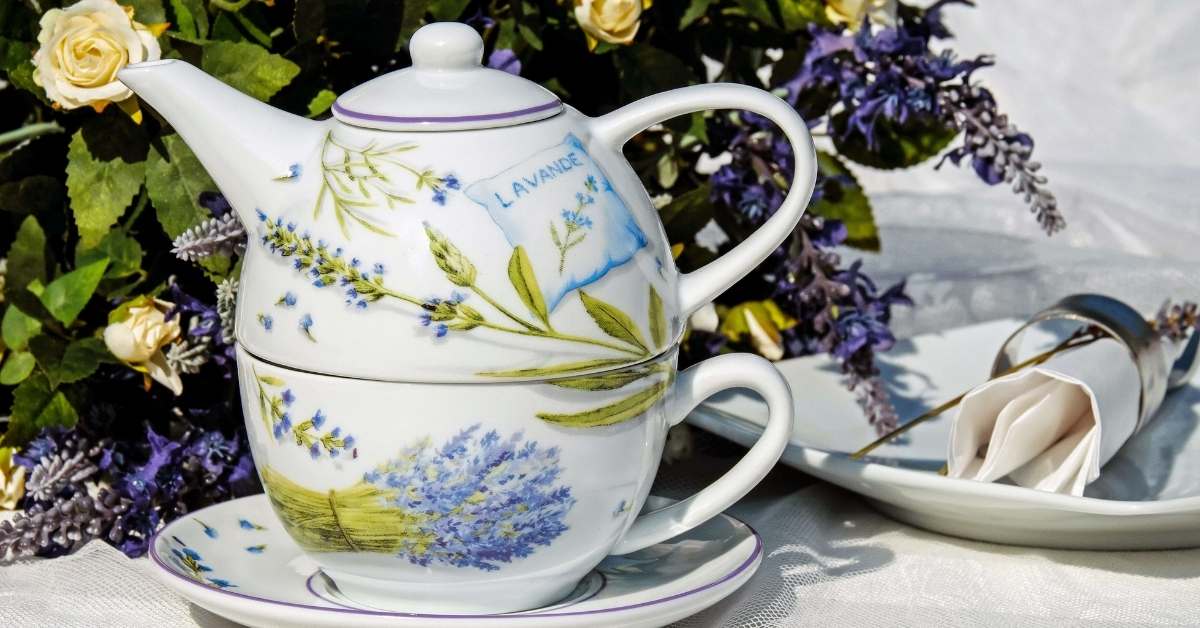 Limoges and Sevres : A History of French Porcelain, one of the wonderful “Arts of Fire”

Where to see famous porcelain collections and pieces:

The Museum of Decorative Arts, Paris

Where to buy Sevres: unique pieces only (and very expensive!) at Sevres or 4, place André-Malraux, Paris

Where to buy Limoges Porcelain

If you have visited the Louvre, or the Museum of Decorative Arts in Paris, or have done some shopping for tableware in one of the elegant stores in France, you have surely seen some rooms filled with the finest of what is known as porcelain. Pieces decorated and embellished in gold, huge soup tureens, serving pieces or plates, cups and tea services even decorative pieces of all kinds are made from what is known as porcelain, a kind of ceramic that France is famous for producing.

Most of the pieces we can see in the museums come from royal collections: there are many kinds of tableware and ceramic of course, but all of the most prestigious pieces you can see are made of porcelain. And it is porcelain which has contributed to the reputation of France as a country of fine ceramics.

There are two cities in France that are closely associated with the manufacture of porcelain: Limoges and Sevres. Here is the story of what this special kind of ceramic is, and how it came to make both Limoges and Sevres famous.

So what exactly is porcelain and why is it so “special” or different from other kinds of ceramic?
And why is it that kings, royalty, and aristocrats were so determined to have it?

Ceramic, that is objects made from minerals and fired in a kiln, or left to dry in the air, is probably the oldest fabrication technique invented by humans. But among all the kinds that exist, only the formula for making porcelain remained a secret for centuries and centuries. It was invented by the Chinese in approximately 200 b.c. under the Han dynasty. In China, several different ceramic techniques existed well before they were used in Europe.  And for centuries the formula for making this highly prized ceramic was a closely guarded secret. It is strong, and often translucid, and much lighter than other kinds of ceramic.

Porcelain, thanks to the use of kaolin, is a ceramic that is incredibly hard, and lustrous. It is fired at a temperature of 1200° C or 1300°C.  This enables the ceramic to be at the same time extremely resistant and, if the piece is not too thick, translucid. You can hold it up to the light and see through it. This is what is known as true “hard porcelain. Once the initial form is “cooked” it is cooled. This is called the biscuit. It is then covered with a coat of enamel or varnish, fired again at the same very high temperature and it becomes vitrified. It is then either left with a simple coat, or hand painted with designs and fired a third time. Unlike in the past, today the porcelain paste is poured into a seamless mold before it is fired.

By the way, in England, this kind of porcelain is known as China. There is also a softer kind of porcelain, made here in France, and elsewhere, known in English as bone china, for the simple reason that it is more fragile because it doesn’t have the “secret” ingredient – the magical mineral called kaolin.

Starting with the mythic Marco Polo, in the 13th century, the Occidental world knew about this technique and some very precious pieces were in fact brought back by Polo to Venice (where the oldest pieces in Europe are still). Because table arts were the domain of royals and aristocrats, having this special kind of ceramic was highly desired. But the Chinese, who exported many kinds of ceramics starting in the Middle Ages, refused to divulge the secret of its fabrication for both economic and political reasons. By the 1500’s and 1600’s several attempts were made to replicate the process in France and in Germany but with no success because of a secret ingredient that no one knew about.

This secrecy came to an end in 1707, thanks to two German chemists and a French priest. A German priest working as a missionary in China thought he had the special formula and took it back to Saxe with him. There, two ceramic chemists thought they had found the missing ingredient and created a sort of porcelain, what is now known as “soft porcelain” but the formula was wrong.

A couple of years later, a French Jesuit priest, Father d’Estrecolles, managed to secret out of China in two famous letters that are still in the national archives, the correct formula for making this coveted material. He had been sent as a missionary to China, spoke perfect Mandarin, and when the Court heard about him, he was given the ‘unofficial” task of bringing back to the French crown the secret of this incredible ceramic.
Why? Because it was in extreme demand, very expensive to buy and considered the finest of ceramics. Louis XIV and then Louis XV were impatient to have their own means of production. As luck would have it, the secret ingredient, a kind of clay called kaolin (the transliteration of the Chinese word goaling, existed and still exists in huge deposits near Limoges, the city where this Jesuit priest was born. But at first, the kaolin was imported from other places before, in 1768 they found the huge veins of kaolin in the hills around Limoges. From then on, France was able to produce its own porcelain, from raw material to the finished product.

And very quickly the production of porcelain became the domain of royalty and the aristocracy. Under Louis XV, an initial manufacture for porcelain was set up in the town of Sèvres, next to the chateau of his mistress, Madame de Pompadour. The manufacture and all of its production became the private property of the king in 1769. And all of the pieces made there were used in the royal circles – these are the pieces you can see in the Louvre or in the Museum of Decorative Arts today. (and, by the way once there was no longer a king, it was the official property of the government and therefore of the president until 2009!)

The biggest difference between the Royal Manufacture of Sevres and the factories that were soon established in Limoges, was that all of the kaolin and other raw materials had to be brought to Sevres, whereas they are all available in and around Limoges making it much easier and less expensive to produce.

Since making porcelain became a “royal privilege” it was either given out as a favor or paid for by those who wished to begin manufacturing it. The first one opened in 1771, another, called “Royal Limoges” (which still exists!!) was opened in 1797.

So, while the manufacture of Sevres remained the exclusive property of the king and then of the government, and produced pieces strictly for the royals and the aristocrats, the city of Limoges flourished, becoming the center of porcelain production for the rest of France as well as for other European countries, even exporting the kaolin to England and northern countries so that they could make their own.

THE PORCELAIN CENTURY the 1800’s

In 1807 there were 5 factories with 200 workers in Limoges. It turned out that the best quality of kaolin in western Europe is in the Limousine area.

In 1827 there were 16 factories. Limoges grew and prospered thanks to porcelain. There was work for thousands, in the factories, in the mills, in the lumber yards, in the forests.

By 1850 there were 30 factories making porcelain in Limoges! It was at this moment that a man named Haviland, an American expat, brought up in the region around Limoges, opened a factory, and created a huge new market by exporting porcelain to the United States. The Haviland brand still exists and still has a factory in Limoges. At its peak it employed over 400 workers and specialized in fine, one of a kind, hand painted pieces.

By the beginning of the 20th century, very poor workers’ conditions, the beginning of unions, and the need for more affordable tableware, started to eat away at the prosperity of Limoges and its porcelain makers. By the huge krach of the 20’s many of the factories had closed, and Limoges entered a difficult economic period.

As other countries started to produce porcelain too, and the demand for such high-quality tableware was reduced, there were fewer and fewer porcelain makers so that by the end of the 20th century, with “rip-off copies” being made in Asia and in Eastern Europe, Limoges was reduced to having just four manufacturers left.

Now true porcelain is a luxury item. And all “real” porcelain from Limoges is stamped with a green logo ‘Limoges France” on the bottom of each piece. Since the beginning of the 21st century, several manufacturers have come back to life and there are now 12 factories with over 1000 workers attached to the making of porcelain.

Starting in 2008 and then finally, in 2017, Limoges porcelain makers asked for and then received an AOC label, and true porcelain is part of the Patrimoine Immaterial of France, and also of Unesco. There are many instances of counterfeit porcelain made in Tunisia or, ironically in China, and it is very hard to know the difference unless you are aware of the label.

There is a wonderful museum of ceramics in Sevres, which has all kinds of ceramics not just porcelain.

In Limoges you can visit the huge kiln that is part of the Haviland museum of porcelain, the only genuine porcelain kiln still open to the public

Where to buy Sèvres:

Unique pieces only (and very expensive!) in Sèvres or at 4, place André-Malraux, Paris

Where to buy Limoges Porcelain: