• French people take long vacations.
• Everybody hits the road at the same time, massive traffic jams happen on black days France Traffic Report
• Vibrant tradition of going back to a family home during the summer.
• French people also like to rent apartments for their vacation
• Some go to “campgrounds” where they can rent a small bungalow and where the kids can enjoy camp activities.
• There are a lot of family vacation homes in France that are going to be rented out on AirB&B for instance.

What You Will Experience in July and August in France

Paris In Different from Other Parts of France

• Laws in France dictate when stores can open, there are exceptions made for very touristy areas.
• In very touristy towns, stores close in January rather than August.
• On large boulevards in Paris nothing closes in August, but go 2 blocks away and everything is closed.
• French people love to visit Western States in the summer.
• Along the Atlantic coast there are a lot of posh places and in Brittany it’s like going to parts of New England.
• The Mediterranean between Montpelier and Spain is very blue collar as a vacation place. Then as you get closer to Italy it gets posh again. The Mediterranean is very crowded all summer long.
• This year the weather in France was not very good in July. Summers seem to start later. Annie predicts that September and October will be glorious as far as weather is concerned. But the weather is usually good in July and August in France.

July and August in Paris

• In July and August in France and in Paris in particular,  you will have throngs of people waiting to get into museums in Paris and not one of them will be French. When it’s like that it’s really noisy and can be unbearable and sometimes it’s not an enjoyable experience.
• If you can avoid peak times in various venues you’ll be happier.
• Is summer the best time to come to France? It is if you don’t want to see Parisians, if you don’t mind that a lot of venues will be closed (especially in August).
• The opera, the ballet, and other major cultural centers will be closed in August. They do not put on major shows or productions during the summer.
• If you want to experience Paris the way French people experience Paris, come outside of July and August.
• Theater and Opera season begins mid-September, which is similar to what happens in the US.

• There are summer music festivals all over France all summer long. So if you want culture in July and August in France, you’ll have to go out of Paris and look for summer festivals all over the country.
• France is very rural overall. Paris is only 11 million, and within city center proper it’s only just over 3 million.
• Lots of French people vacation in France since there are so many different things to see here.
• French people don’t understand why Americans spend 2 days in Paris, 2 days in London and then 2 days in Rome. That seems crazy to us.

When Are French Children on Vacation?

• If you’re only staying somewhere for 2 or 3 nights a hotel is probably a good choice, but if you stay longer maybe renting an apartment would be a better option.
• French children have several weeks of school vacations during the school year in France: 2 weeks around Oct, 2 weeks at Christmas, 2 weeks in February and 2 weeks around April. If you come during school vacations, most venues are going to be busy.
• Air B&B: dealing with peak demand and collecting hotel taxes.
• Most visited country in the world is the USA, then it’s Spain, then Italy, then France. But Paris is the most visited city in the world.
• Hotel in Aigues-Mortes where the halls were beautiful but the beds were like sleeping on a trampoline. 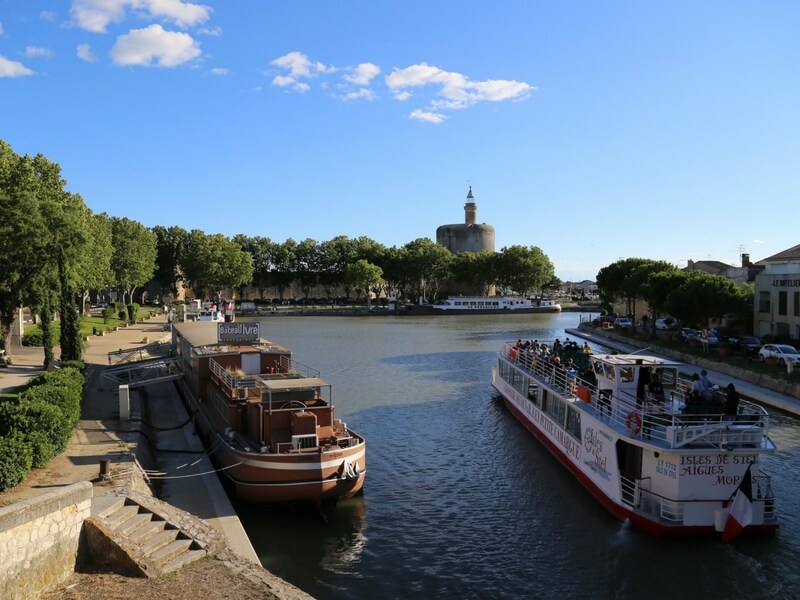