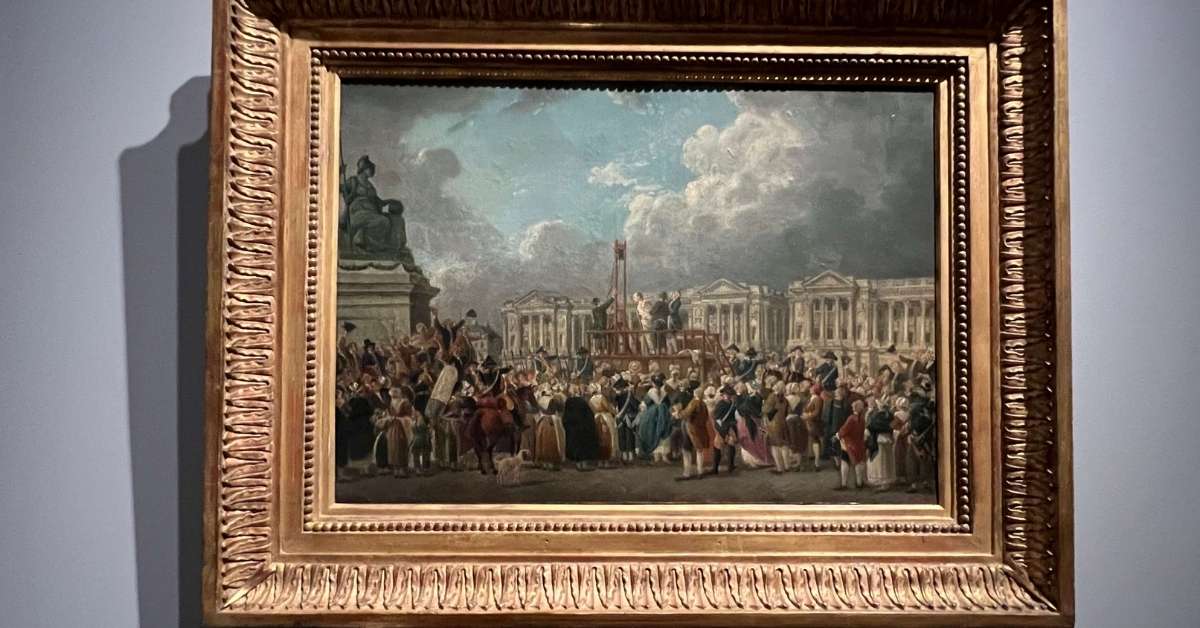 The Terror (1793-1794) is a confusing part of the French Revolution. What happened? What started it? Why? Historian Suzanne Levin explains and gives us the context we need to understand these events. There is a tendency to talk about the Terror as if it was happening in a vacuum, but it was far from that. It's a little bit complicated, but it makes sense once you learn about it.

Please note that a full transcript of this episode is available, click on the blue button below.

In 1793 the new regime in France was at war with all of Europe. Parts of France were also experiencing a civil war. These conditions made it extremely difficult to govern and make progress. Some of the biggest promises of the Revolution hadn't happened yet and the people were losing patience.

The other thing that people often miss is that, unlike what we see in most other conflicts, during the Terror it was high profile people who were the victims of the oppression. The king and his supporters lost their lives. So did many deputies and high-level thinkers of the French Revolution. That's a major difference between what happened in 1793-1794 and other conflicts.

Some of the killings of the Terror were not arbitrary at all. You had cases of generals marching their armies against Paris, Lafayette included. There were generals who took the lead in provincial revolts against the Revolution.

The Constitution was not finished but some deputies who had been elected went back to their provinces to join insurrections against other deputies that they didn't agree with. Provincial bourgeoisie rose up as well. In Lyon it took a siege and several months to get the situation under control. There was a lot of conflict between all the factions.

But the years 1793 and 1794 were not all bad. This is when the Revolution  finally abolished feudal dues. They also reformed inheritance law, the educational system, they granted women the right to a no-fault divorce. Bonaparte got rid of it later and then no-fault divorce didn't come back until 1970, but in many ways the leaders of the French Revolution were ahead of their time.

Other examples of progressive changes was the fact that "illegitimate children" were now recognized. There was a universal obligation to send all children to primary school. The first abolition of slavery also happened in those two years. And feudal dues never returned, even when Napoleon and his empire came to power.

Mirabeau and the fear of secret royalists

Mirabeau died young and they honored him with a burial at the Pantheon but later they found out that he had been working for the court and the king. He wasn't the only one. There were a lot of people who committed treason. Leaders of the Revolution worried about who might be working against the Revolution behind closed doors. There were secret royalists and there was a palpable fear of what they might do.

The legislative vs the executive

One of the most unique concepts of the French Revolution is that the legislative rules over the executive. The legislators are the expression of popular sovereignty. The executive didn't make independent decisions, it only existed to execute decisions made by the legislators.

The difference between these two committees can be confusing.

Arresting both the indulgent and the ultra

The Revolutionary government decided that they needed to bring both of these factions under control or they could never save the new Republic. This is what led to bloodshed within the ranks of the leaders of the Revolution.

Robespierre didn't have more power than other members of the comité du salut public, but he was more popular which gave him more influence. As such he was feared because he had a reputation for being incorruptible. There were a lot of people who banded against him who had nothing in common other than their hatred (or fear) of Robespierre.

Robespierre was executed without trial the second time he was arrested. Some of the people who sent him to his death agreed with his views for the most part, but he scared them. Other people saw the downfall of Robespierre as a good opportunity to dial back this new democracy and go back to a Republic of property owners.

How did the idea of the Terror develop?

It's very easy to talk about other major events in French history and not mention the awful deeds someone like Louis XIV ordered. But we can never talk about the French Revolution without insisting on the Terror.

Some people do this deliberately to send the message that it's not good to make radical change because it ends up badly. The narrative of the politician who looks good then turns out to be a monster is appealing as well.

People also have a lot of sympathy for the victims of this repression because these were the king and queen and not nameless peasants. But all revolutions have victims.