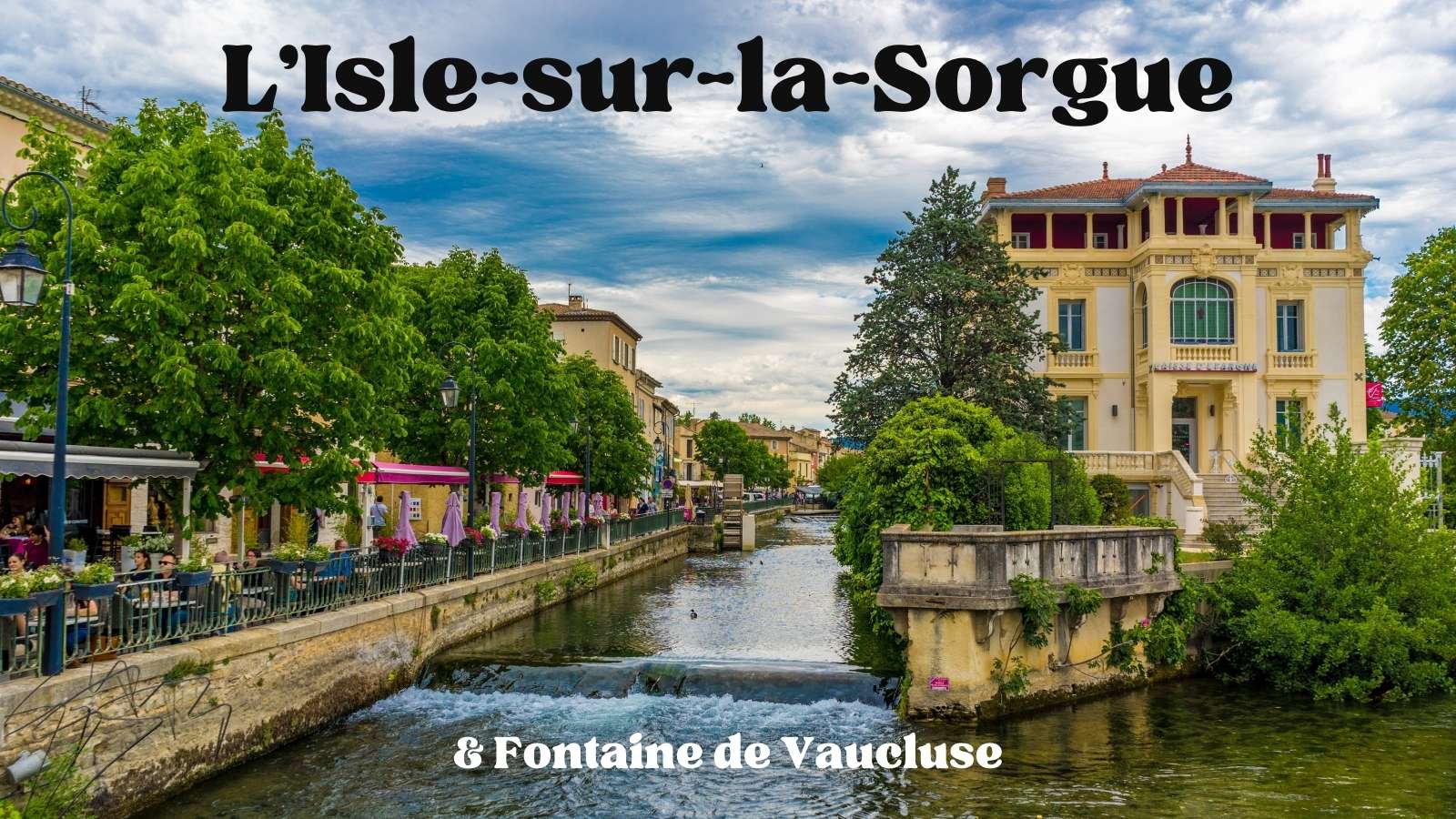 L'Isle-sur-la-Sorgue is a small city of about 20,000 people built up on a small group of islands formed by the Sorgue River at about 7 km from the river’s source at Fountaine de Vaucluse.

L'Isle sur la Sorgue is in the valley of the Sorgue, the largest river in the Vaucluse. It is about 23 km from Avignon. Accessible by train or by car. It is 800 km from Paris and 80 km from Marseille. It is close to Cavaillon, St Rémy de Provence and the Luberon Valley.

It is nicknamed the Venice Comtadine because of the canals and the water running through the city.

The markets of L'Isle-sur-la-Sorgue

L’Isle sur la Sorgue is famous for its open air markets and for its huge brocante market. That is a combination of a huge flea market and also a real antiques market.

The “regular” market of food and crafts takes place every Thursday and the enormous market which includes the regular market plus the brocante is held every Sunday, both from 6 AM until 2 PM.

There are also four International Brocante markets every year. Easter weekend, the day of Pentecôte, August 15 and the day of Toussaint. These markets attract thousands of people from all over the world.

All summer long there are events that center around the river.

At the end of July there is a Nocturnal Festival with floats, lights and a parade of traditional flat-bottomed boats on the river.

There is an Art and Crafts Fair once a month starting in May with two at night in July and August.

This year, on the 5th of August there is a Festival of the Quais (the riverbanks) with games, animations, concerts and floats

It didn’t become part of France until the French Revolution in 1791. In 1792 it became part of a new department called the Vaucluse.

It started being famous for the brocante in the 1960’s but the tradition of huge Fairs goes back to the Middle Ages when it was a privilege to have them.

Some Practical Information and Advice

Go early. Parking is hard to find on market days after a certain time. To eat at one of the restaurants along the river either go at noon exactly or reserve. They fill up very quickly. Food is good and it is refreshing to be next to the running water.

Bargain for the items in the shops and the brocante on the streets. Food and clothing markets do not bargain, but good local produce is plentiful. Have a local rosé at lunch. Wear a hat in the hot weather. Watch your bags and pockets. The markets are very crowded. Explore the market area away from the river. There are lots of things to see and discover there as well.

About Visiting the Fontaine de Vaucluse

When at L'Isle-sur-la-Sorgue make sure you go 7 km away to a tiny village called Fontaine de Vaucluse. The water that feeds the Vaucluse river springs out of the ground there. It is the largest karst spring in metropolitan France by flow and the fifth largest in the world.

You'll walk along the water on the walkway that takes you on a tour. Enjoy the craft shops, the museum of the history of paper, the water wheel.You can hike up to the ruins of a castle

The poet Petrarch was from Italy but lived in this cute little village for 15 years. He was the official poet of the area and he was the rockstar of the 1300s. You can visit the house he lived in because it's now a museum.

Fontaine de Vaucluse is lovely and shaded, so it's a good thing to do on a hot summer afternoon. 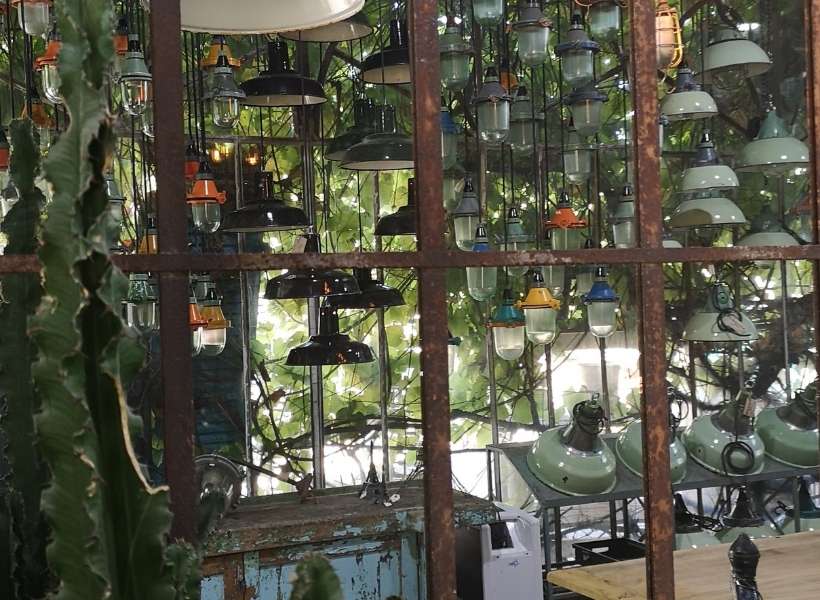