Berthe Morisot and Mary Cassat are the only two Impressionist female artists that regular people (sometimes) know about. Berthe fought tooth and nail to be recognized in a select group of Impressionist artists without ever seeming too strident. For the times, this was revolutionary because that group included Monet, Manet, Renoir, Degas and many more men. Women were left out like they didn't matter at all. Most of the male artists she worked with didn't see any problem with that. Argh!!!!

Elyse Rivin of Toulouse Guided Walks does a wonderful job telling us about the life of Berthe Morisot, her art, and how she fits in her historical context.

The painter, Berthe Morisot, lived between 1841 and 1895 was one of only two women, to be recognized as equal by most of the group of artists called the Impressionists. Talented and determined, she was a great artist whose real glory came after her passing.

She was raised upper class in a family that put great emphasis on being "respectable". But they allowed her to develop her talents as a painter and to sell her work starting at a young age.

She married Eugene Manet (Edouard's younger brother) but made a deal with him to allow her to keep painting after marriage. Berthe's sister stopped painting as soon as she married because that was the more normal course for women.

Just the fact that she kept painting after getting married was "scandalous" enough. For her paintings she decided to stick to themes having to do with domestic life. She painted outdoor scenes, but that was a minority of vast catalog of work. At the end of her life she had produced 423 paintings, 292 pastels, 240 watercolors and 200 drawings. For someone who was catalogued as "No Profession" she certainly worked a lot!

More episodes about Arts and Architecture in France 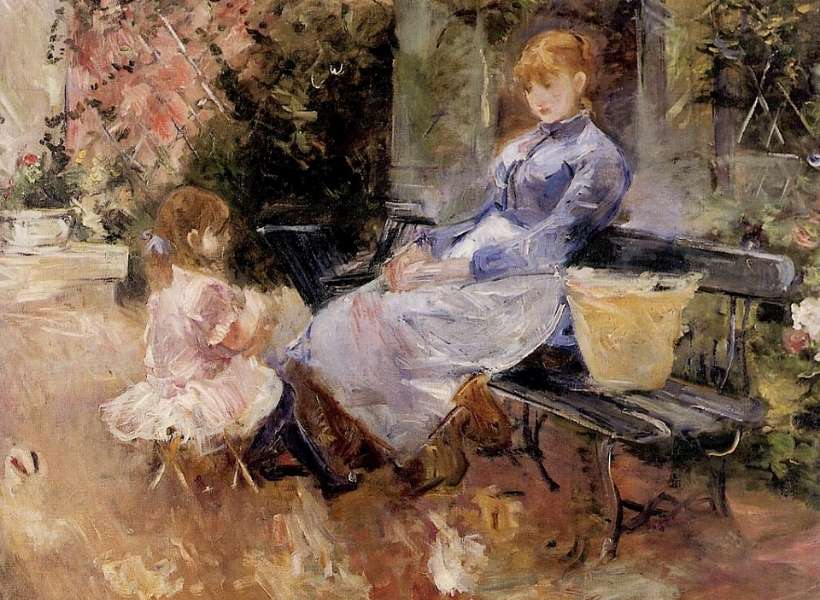