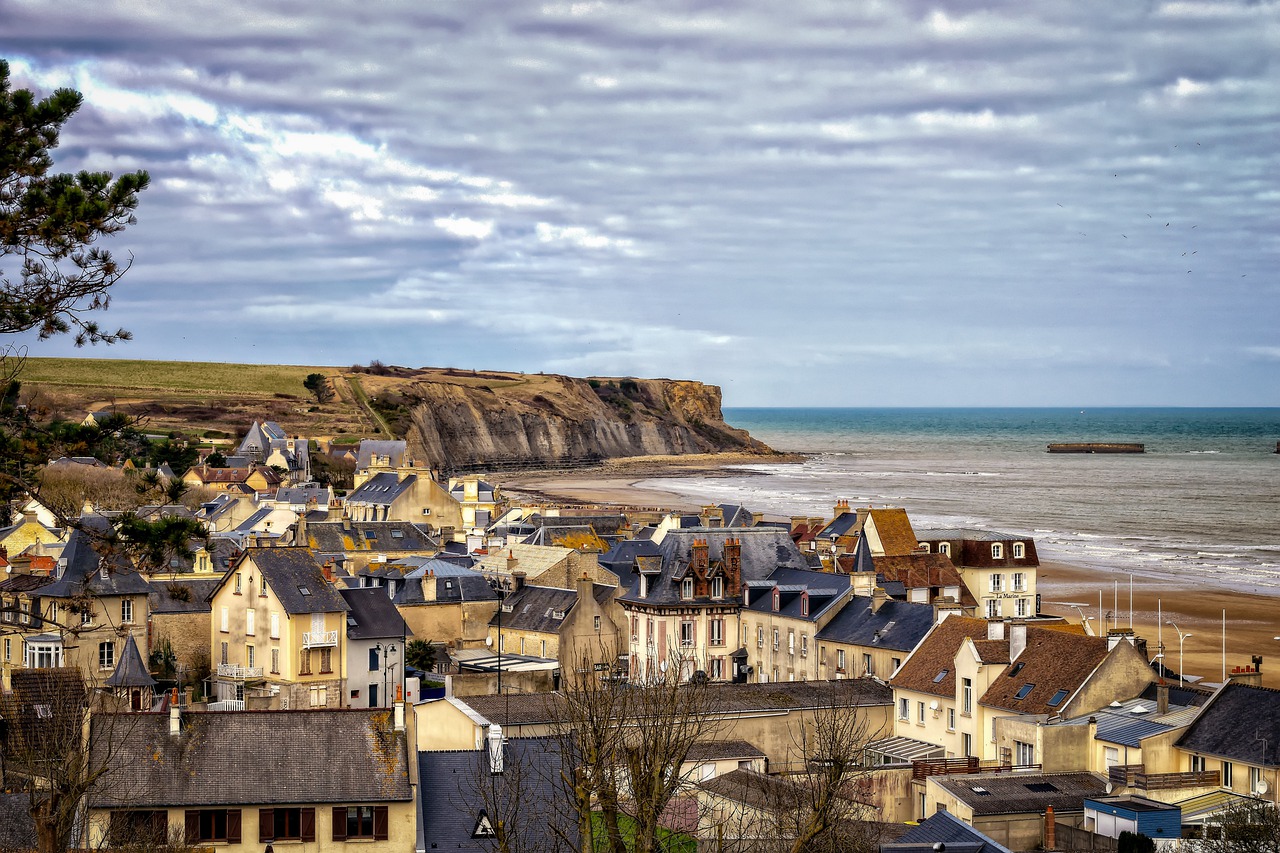 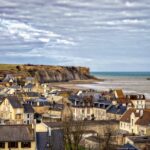 In France, long weekends are a sort of national religion. The times when we all worship at the altar of taking time off work and enjoying life. To say that everyone looks forward to them is an understatement. Some of these occasions have roots in the Catholic religions, others are secular. But they are  the opportunity to escape from the everyday life and gather with friends and family no matter the season.

Why should fans of Join Us in France care? It’s quite simple: if you are planning to visit France on these dates, be sure to check the availability of the activities you want to do to avoid unpleasant surprises!

This year, the first long weekend comes on Monday, April 10. Easter Monday find its origins in a religious Christian celebration. It commemorates Jesus Christ’s resurrection three days after its crucifixion. During the Middle Age, the eight days following Easter Sunday were off, called l’Octave de Pâques (Easter octave). In 1801, under Napoleon, and for economic reasons, they stopped giving the whole week off and trimmed it down to just getting Monday off. I’m surprised there wasn’t a revolution over that change!

Nowadays, on Easter Monday, children love going out in gardens to look for easter eggs, chocolate rabbit and other chocolate treats, all brought by the Easter Bells.

Many castles and stately mansions have a Easter egg hunt in the garden. Whether or not you travel with kids, this is a great opportunity to visit and have a different look on these historical buildings.

Forty days after Easter, comes l’Ascension. In 2023 it will be on Thursday, May 18 (it always falls on Thursdays). It is our first four-days weekend, the first “pont” (bridge over Friday) to enjoy! Thu, May 18 through Sunday, May 21 are going to be busy everywhere!

This religious day celebrates the elevation of the Christ to heaven, which symbolizes eternal life. According to the bible, the Christ disappeared under the apostles’ eyes. It is celebrated since the 4th century, initiated by the Pope Leon the First.

The well-known and so longed-for “Pont de l’Ascension”, marks a turning point: rainy days are over, the sun shines again, and days are getting longer. This makes it a prized long weekend.

Travel Tip: French people book trips months before the date to make sure to have pleasant accommodation and a delightful stay. That is why, if your trip to France includes this weekend, you should probably book earlier than you would have normally. If you don’t, you’ll only find the most expensive accommodations and some venues will be all booked up.

This secular day off finds its origins back in 1884 in the US. Trade and Labor Unions decided to go on an unprecedented strike on Monday, May 1st 1884, to ask for an eight-hour work day. More than 300.000 workers peacefully demonstrated in the streets. A few years after in France a first and shy demonstration led by the socialist party, took place in Paris. The Labour Day as we know it, was officially established by le Marechal Petain in 1941. Don’t say nothing good came out of the Petain regime! 😉

On this day you will not find a lot of activities to do. Many museums and venues that normally attract visitors will be closed. Check websites! It is a good time to wander around, discover villages or little towns and buying some “brins de muguet” (Lilly of the valley) alongside roads. City parks are also open and quite busy on that day. It will for sure make you appreciate a slower and calmer pace after the bustle of bigger cities. Public transportation does not run on May 1st in most cities in France.

In 2023 May 8 is on a Monday allowing people to have another 3-day weekend. Some of you may guess why it is a national day off. In France, it refers to May 8, 1945 which symbolizes the end of the second world war in Europe.

Nowadays, in every French city, several commemorations are held to pay tribute to the commitment of the soldiers who died for France, the Nation or the Republic. If you happen to be in Paris on this date, you may assist/attend the review of military troops by the president. Small towns and villages hold their own celebrations.

One more long weekend in May! Monday May 29, known as le Lundi de Pentecôte or Whit Monday. Fifty days after Easter, Christians celebrate the decent of the Holly Spirit among the apostles. As for Easter, the celebration is held on a Sunday and covers the following Monday. Whit Monday has been a day off since Mars 8, 1886 but details have changed over time.

Following the 2003 heat waves that killed more than 15,000 people in France, the Prime Minister at that time decided to abolish the holiday. He transformed Le Lundi de Pentecôte into a day of solidarity “in favor of the autonomy of the elderly or disabled”. In consequence, employees worked but were not paid. Five years after, the choice was given to employers to cancel any day off in a year so that people wouldn’t have to work on Whit Monday. Today about one third of employees work on Whit Monday.

The vast majority of shops and activities will remain open and it’s a big shopping day.

14th of July also known as Bastille Day in some English-speaking countries is the national day in France. This date became a holiday in 1880. It commemorates not only the Storming of the Bastille on July 14, 1789, but also the first anniversary of the Federation the following year. The first event is a keystone of the French Revolution and the popular uprising against the monarchy, which led to the declaration of the first Republic. The second event emphasizes the link between the Republic, Human Rights and the weakening of a central power (To learn more about the French revolution, check out episode 366 of my podcast “Misconception about the French Revolution”).

To put it in a nutshell, on July 14, the French celebrate freedom in all forms, that is why this day found its meaning and commemorations always adapted to the historical context throughout the years.

In 2023 you will have the chance to enjoy a 3-day weekend as it falls on Friday. If you are in Paris don’t miss the “Défilé militaire du 14 juillet” (a military parade), led by the President. It takes place in the Champs-Elysée between l’Arc du Triomphe and la Place de la Concorde. You will be able to witness the incredible acrobatic moves performed by l’Armée de l’air et de l’espace’s planes (Air Force), get caught by the rhythm of live performed military anthems and maybe, at the end, shed a tear after hearing a breathtaking interpretation of the Marseillaise, who knows?

If you are in another city, ask the local tourism office, there are always concerts, republican balls and feasts, fireworks and other celebrations.

Back to more formal celebrations: l’Assomption, different from l’Ascension (40 days after Easter). This religious event commemorates the ascent to heaven of Mary, Jesus’ mother. According to the Christian faith, the Virgin Mary was “taken to heaven” in body and soul. But for a vast majority of people it’s just another day-off.

In 2023 Aug 15th falls on a Tuesday. Folks who didn’t take August off will have a 4-day weekend! Thius is a great time to visit Paris or other cities without those pesky locals who are on their own vacations.

Beware, many activities might not be accessible because everyone is in holiday, so make sure to book everything before your trip.

25th of December is of course Christmas Day! Whether or not you are Catholic, you probably have your way to celebrate it. In 2023, luckily Christmas day is on Monday which will give you more time to spend with your friends and family. In France, people are split between two traditions: opening the presents on Christmas Eve right after the feast, or opening them in the morning of the 25. Whatever the tradition, everyone enjoys a good meal on the 25, often followed by a walk or a good rest before going back to work on the 26.

Travel Tip: Christmas Day and January 1st are the only time in the year where everything is closed. Hospitals are open for emergencies only. If you’re in France on that day remember this: it’s a family holiday. Nobody wants to put on fancy meals in restaurants. Plan on enjoying Middle Eastern or Asian food because locals will be enjoying their holiday feat with family.

More holidays for the Alsace Region

In the Alsace, near the German border (the region is called Grand-Est today) they have more holidays inherited from their German past!

After France lost the war against the German Empire in 1870, the lands of Alsace and Moselle (called Alsace-Loraine at that time), were given back to Germany. In order to include these regions faster and squish French culture, the Empire offered two extra days off. Le Vendredi Saint and la Saint-Etienne ( 26 of December).

In 1918 after World War one, as a consequence of the German defeat, Alsace and Moselle were returned to France. However, after several decades of German influence, the French Republic encountered many difficulties to integrate these regions. They wanted to keep their extra days off!

Today, in Alsace and Moselle, people are still celebrating. In 2023 Vendredi Saint will be on Friday, 7 April (it always preceeds Easter), and la Saint-Etienne falls on a Tuesday. People from these Departments have the opportunity to extend their long weekends. As a matter of fact, I am not sure that it can compensate the bad weather they are facing 😉

–> weekend from Friday to Sunday

–> weekend from Thursday to Sunday

–> weekend from Friday to Sunday

–> weekend from Saturday to Tuesday

–> weekend from Saturday to Tuesday (Alsace and Moselle only)